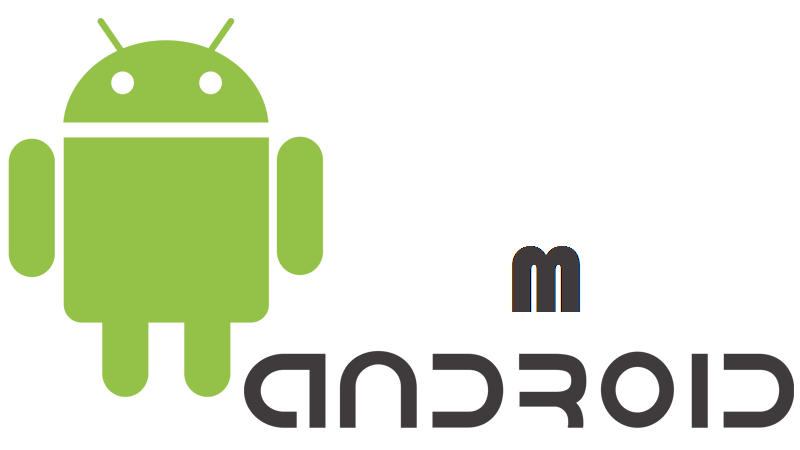 What started as a free-license software belonging to a small industry in 2003, has now changed the entire smart-device world. If you own a standard Touch-Screen device, this software is supposed to be at its core. It’s not just software, it’s a new world of opportunities in itself – Android. Android was started by Andy Rubin, Nick Sears and Rich Miner in 2003 at Palo Alto, and acquired by Google in 2005, a time when it hardly had any market share. But it arrived with a bang. It not only changed the fate and face of Touch Screen technology, with its open source nature, it opened a door of endless opportunities for millions of app developers and mobile manufacturers.

The latest addition in the platter, Lollipop 5.1 worked majorly on fixing bugs, and making Lollipop 5.0 a bit more smarter, a bit more safer and a bit more smoother. And the expected next is Android ‘M’. Google has a habit of pushing the envelope every time to its limit, and delivering the best possible. But what to do, when you’ve pushed the envelope to its max? You tear it apart. Exactly. We all had enough of Android, now Android has a big challenge- to outcome its own past success.

Android Lollipop 5.1 came with some smashing updates and features like Project Volta with which Android tried to make the device loaded with Lollipop 5.1 more energy efficient, Android Extension Pack APIs that provide new graphic options such as shaders which is aimed at providing PC-level 3D gaming options etc etc. But that’s history now, what next? How does Google’s Android come out of its own past shadow of success?

Simple. All that Android needs to do is rely on ‘U’. ‘U’, not only stands for the user, it’s a combination of 4 Us- Utilization, User Interface, Upgraded Security and Unlimited Range of Expansion.

Lollipop 5.1 when released on Nexus devices came up with a problem of battery drain, after updating. No wonder, all those extra graphic options come up with some hidden costs! There’s no use of having a phone on which you can watch TV, Movies, browse the internet, play hottest of games, if it drains up your battery within a handful of hours. Project Volta was aimed at making the system more energy efficient, but things haven’t been that positive. Although, more of hardware is responsible for power consumption, but OS does play a vital role in eating up your battery. If Android can fix this with M, it would definitely come up as the most important feature of all Android devices.

Utilization of Battery won’t be enough either. With new update, comes a range of updates to apps, making the RAM of your device more and more crowded. Making apps crash time after time, ultimately disrupting user experience. Utilizing every bit of RAM to cover the least possible space is more of a necessity than an option. 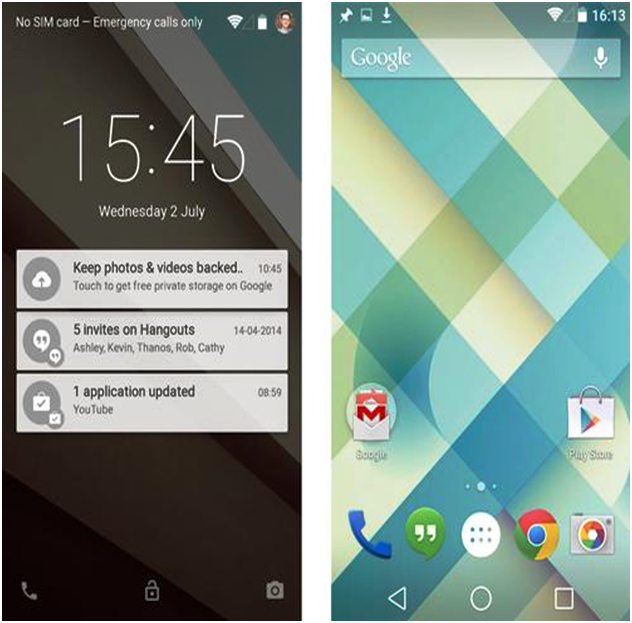 Android has been quite creative whilst working on its user interface. Commendable, but old. Since Android is an open source OS, some companies have created a fortune by just selling amazing Android modifications. And Cyanogenmod has definitely been the biggest player in this Anti-Android market, based on Android OS. Here’s a look of an older version of Cyanogenmod with the newest Lollipop 5.1

Android did develop Lollipop will all the amusement and colors, but Cyanogenmod took it onto a different level. Android might have to drop its own funky image, to make a better impact. 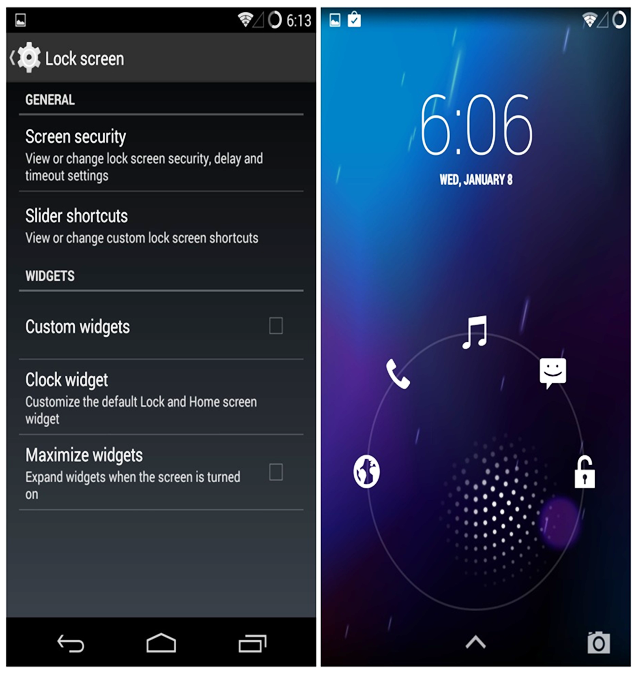 Another integral part of the UI is the Personal Assistant. Siri, by Apple, started the trend of bringing a Personal Assistant in your 5 inch device. And Google did react at a fast pace with Google Now. Siri and Google Now are pretty much similar in nature. What differentiates Siri is that it can set up calendar events for you or creating a future reminder, along with making calls, play music and launch apps. But Siri can’t store all these things in its memory, in order to anticipate your next move. This is where Google Now comes into the picture. Once you turn on your web history and location services and be signed in to Google when you perform searches, it can show you local news, scores of your favorite team, traffic for your way to work. But, for all of this Google needs your information from the internet, and that’s where it lacks. Google should integrate Siri’s humane features with its own ‘anticipation based technology’. This way, a personal assistant that actually knows you and can adjust your system accordingly will come up. 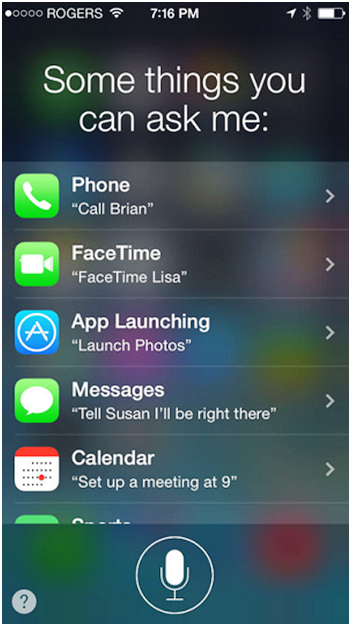 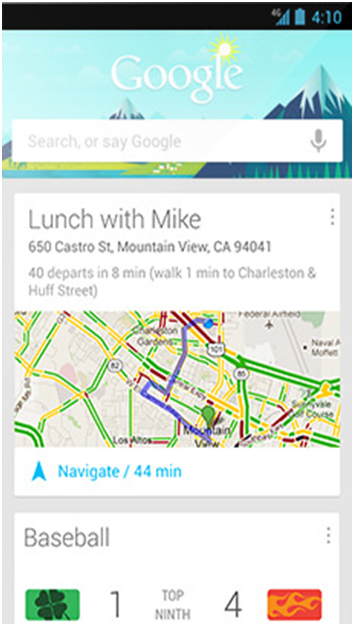 So far, so good. Android’s security has never been compromised. With Lollipop 5.1, Android instigated features like improved unlocking system using Facial Expressions and Automatically Enabled Data Encryption. Those who download third party apps definitely need an Antivirus to protect their OS. But, these antivirus apps make the OS processor go slow whilst using more RAM. Instead of making a scope of third party Antivirus to be downloaded, Android should bring in its own inbuilt antivirus system that should possess features such as remote wiping and locking, backup and restoring of data (both on phone and on the cloud), location and SIM tracking. The trick will be to make these features work in offline mode too.

With Android being run on TVs, Tablets, Smartphones and many other touch screen devices, there has to be single cloud platform. All of these devices have an access to Internet. If Android can sync its next OS with a cloud platform, like iCloud, it may change the way people use Android devices. The files in your Smartphone can be accessed by your Tablet or TV which run on Android OS and Android Auto which syncs with your car, if this synchronization of your Gmail account with all your Android devices is successful.

Customization and lesser internet dependency will prove to be game changers. As users start getting more and more options in the name of Android, Android M will have to become more and more customizable. Many of Android’s most interesting features require it to be connected with the internet, and you logged in your Gmail account. The lesser this dependency becomes, the better Android M would be.

Android stands on the verge of a vast ocean of opportunity with internet of things. Wearables, Tablets, TVs and Smartphones, all brining up an ecosystem of devices to be governed by single operating system. Also, huge potential lies in the form of Gesture control. Imagine, your Personal Assistant in your Android Device being able to judge your facial expression when you use the front camera, and cheer you up with its own picked quote or a nearby restaurant suggestion. Android M may or may not stand for Marshmallow, Milkshake, Muffins or Megan Fox; but it has to stand for More Smoothness, More Speed, More Memory and More Efficiency.