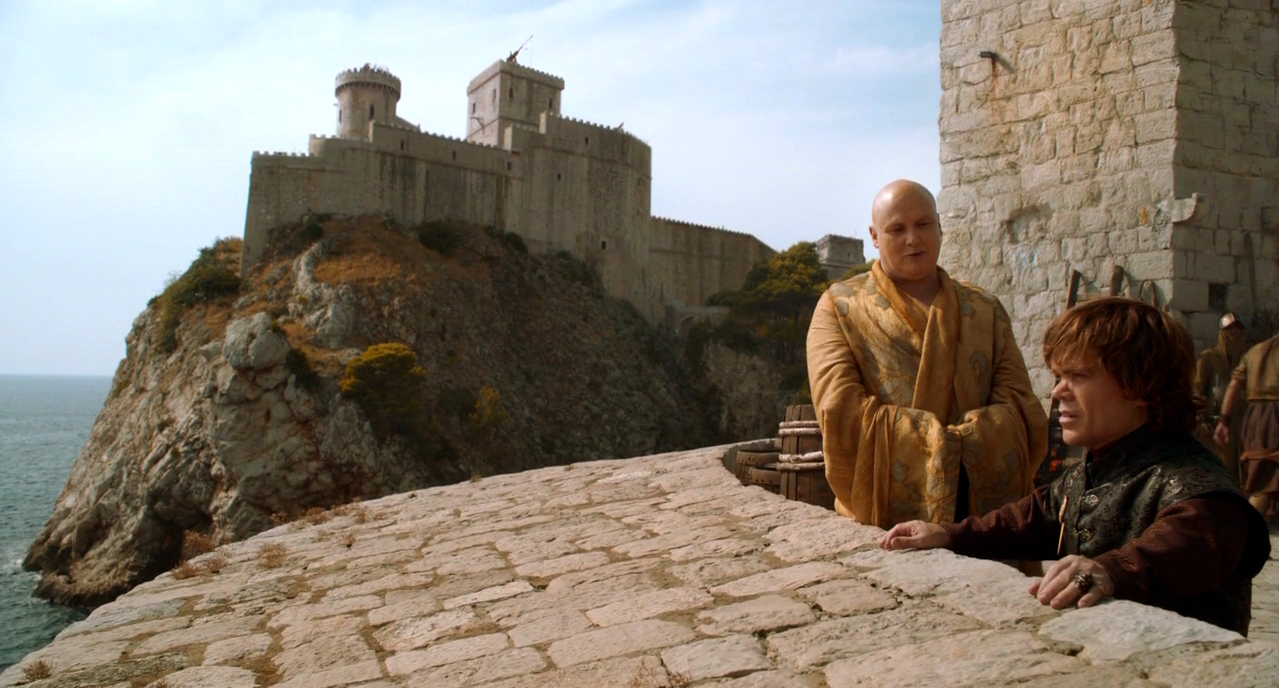 Arya Stark is on her way to the free city of Braavos, Daenerys sits in Meereen, with her formidable army of the Unsullied, while Drogon is still missing. Meanwhile, Jaime frees Tyrion from his cell after Oberyn loses against Ser Gregor Clegane (the Mountain) and he is to be executed. Tyrion then flees Kings Landing after killing his father with a crossbow, with the help of Varys, despite not knowing his true intentions.

With Tywin Lannister dead, the capital is vulnerable and Stannis Baratheon has managed to stop the Wildlings’ attack on the wall. The real question is if Mance Rayder will bend the knee. And, if Mance Rayder refuses will the Wildling’s fight for Stannis? At the same time Cersei fears the fate of Tommen as Margaery Tyrell seduces him. Another impending doom that awaits the capital is from the Martells, Oberyn’s death definitely calls for vengeance.

The North, which is larger than the other 6 kingdoms combined has been taken over by Roose Bolton with the help of his no longer bastard son Ramsay Bolton. With winter coming, this doesn’t seem like a particularly wise idea, although with George R. R. Martin, you can never really say.

Baelish and Sansa are in still in Vale, as Sansa’s testimony saved Petyr even though he pushed Lysa Arryn out of the Moon Door.

I’m eager to see what Arya Stark faces when she reaches Braavos, and also to see if the Khaleesi can actually get a control her Dragons. The treachery and the strife in Westeros and Essos for power is little absurd, considering the number of people who die in any given episode, I wonder if there will be anyone left to rule over by then end of it. I don’t know what the commoner’s of these lands feel, but if the theme was to be reinterpreted from their perspective, or be played by the commoners themselves, it may be something like this:

Since its debut Game of Thrones has become a worldwide phenomenon and the most popular series in HBO history. Last year, the series was the most searched television show worldwide on Google and the #1 most talked about show on Facebook in the U.S. This time the craze in India has been accentuated by the Fight For Your Throne contest, a chance to be at the premiere of the show in Mumbai.

Monica Tata, Managing Director of HBO India says, “Game of Thrones isn’t just a regular TV show any more, it’s become a cult brand with a passionate base of followers. We are always looking to provide fans with new and exciting ways to experience the show. Through Fight For Your Throne, we aim create an all-round experience would simply gratify the fan’s wait for the next series and spike curiosity among many others.”

The fifth season of Game of Thrones will air in India simultaneously with its U.S. premiere on Monday, April 13, 6.30 am IST and will repeat at 10 pm only on HBO Defined, completely ad-free!

As an ardent follower of the series I eagerly await to watch what this season has in stall, and personally I await the dialogues of Tyrion!