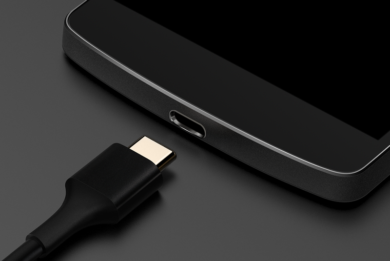 Hardly anyone would have thought, how this tiny design is about to change the way we transfer data between devices. This was brought up by Compaq, DEC, IBM, Intel, Microsoft, NEC and Nortel. This happened in 1996, and one has to admit that it was initiated by Apple way back in a decade before that. We’re talking about the backend heroes to our electronics experiences- Universal Serious Bus, commonly called the USB.

USB was preceeded by the Apple Desktop Bus, but by 1998 even Apple devices (like iMac) had started moving to USB. (Although, till 2005 iBooks and Powerbooks still used the ADB protocol for internal interface for their inbuilt keyboard and touchpad.) USB had helped devices become easier for transferring data and supplying power.

USB has developed into a fundamental need to all out electronic devices. It’s more like air, you may not see it directly, but you definitely need it. In its 11 year of lifespan, USB has grown exponentially with more and more versions showing up more and more improvement.

The versions are named in accordance with the digits, whereas the connectors are referred by alphabets. Type A USB, is the original design with a flat rectangular shape. On a normal USB A Type of connector, the side which goes in the Computer or the host is called Type A Male, whereas the USB Port or a receptacle is called Type A Female. Similar is the configuration of Type B. Various versions Type A, Type B, Mini B USB, Micro B USB, Micro USB 3.0 have come up under Type A and Type B. Now, USB has evolved with what may prove to be revolutionary- the Type C.

The Type C defines a new small reversible plug connector, that replaces the need of separate Port and Host versions, alongwith the length of the USB itself. Hence, Type C connects to both Hosts and Devices. Following are some of the added advantages to USB Type C:

Not all that good?

All this data may cheer you up, but there are some darker sides to the coin. When Type B was introduced, one thing was made sure – everyone should be able to use it. By everyone, they meant, the Type A users too. Hence, Type B and Type A were such designed that their predecessors could be still used. Thus, Type A and Type B are compatible with their respective older versions. And there comes the loophole in using Type C- if you have devices which have Type B or older ports, you will require a bunch of USB Dongles or convertor cables to make your device compatible with the USB Type C.

All that said, there is already competition and alternative to Type C- Apple Lightning. Well technically, Lightning came up earlier and Type C should be an alternative. Apple came up with the concept of making a connector for both powering up a device and transferring data, but that property has now been replicated by Type C. But, Lightning is marginally thinner than Type C, which actually makes a world of difference in mobile technology world. That said, when the label ‘Apple’ is attached, it has to be costly, and Lightning is no exception. Lightning’s licensing charges may prove to be a hinderance in its outreach towards universal acceptance, but there’re some drawbacks to Type C (like the requirement of a converter while using older versions, and its breadth in comparison with Lightning).

The near future signifies the acceptance of Type C as a universally usable device, but Apple Lightning will still remain to be in the race of mutual existence due to the support by its wide ecosystem of devices, for maybe, some more time.

That fact, might go into doubts once you see the new Macbook. The new 12 inch sleek machine dones Apple’s all time stylish persona, but with a noticeable change – it has adopted USB Type C. This means, one of Apple’s own star products has dumped its own Lightning port. The reasons for this alteration are clearly visible – USB C has upto 100 watts of transfer for charging the Macbook, and DisplayPort alternate mode for connecting monitors, cables, docking stations. Also, it supports the USB 3.1 versio. But, the biggest reason to this change is that, this will open up new markets for Apple to sell its own USB adapter (which is priced at a hefty $79). For $29 extra, one can get Apple’s USB C to 3.1 cable which will, for the least, let one play in a USB key.

The Macbook has only one port availabe, which would mean that you can’t charge the Macbook and transfer data at the same time, unless you buy yourself connectors.

Although, USB C comes with its own set of drawbacks, it definitely is a revolutionary step. With biggies like Apple accepting it, its outreach will be more, and its market would definitely enlarge. With its super speed to transfer data and charge devices, it has opened new doors of the way we look at cables, in today’s wireless age. USB Type C, is the future.