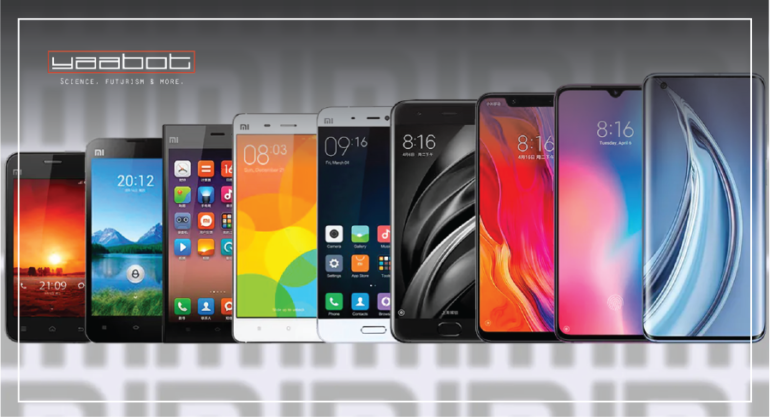 The full history of Xiaomi starts from the name itself. According to the Xiaomi Wikipedia page, the very name Xiaomi in Chinese means ‘millet’. However, the co-founder, CEO and later, the President, Lei Jun, has a different interpretation of this name. According to him, ‘Xiao’ of Xiaomi is part of the Buddhist concept in which a single grain of rice of a Buddhist is as great as a mountain, and ‘mi’ stands for Mobile Internet (and even Mission Impossible). As a whole, it means that the company wants to begin its work with little things and overcome obstacles which might seem to be “Mission Impossible” to bring about a revolution in innovation.

Xiaomi’s rise has been a rapid one. In the full history of Xiaomi, the company has managed to fight common public perception, which regards Chinese electronics as cheap and unreliable. Today, Xiaomi and Xiaomi subsidiaries compete globally with a largely positive response. How was this tremendous feat accomplished, though?

Xiaomi, as we know it today, did not enter the market with the same expertise. Full history of Xiaomi clearly states that they entered the market intending to provide a better and more user-friendly interface to an android based smartphone. This led to the creation of their legendary smartphone ROM which was called MIUI. The customers loved this ROM, and this led to Xiaomi’s entry into the smartphone market. This was followed a year later by a smartphone, Xiaomi Mi 1, in 2011. In 2022 now, the brand will boast a large range of devices. We’ve seen the launch of the Mi 12 and even a phablet series called Xiaomi Note. Xiaomi has diversified rapidly since then into its Xiaomi Subsidiaries as well. Its product portfolio now includes the MiPad, a network router, smart TVs, cloud storage services, messaging service, external batteries, the Mi Band, smartphone accessories along with smart home accessories such as blood pressure monitor, air purifier, smart webcam, action camera, smart scale, a power strip for quick and easy recharging and a smart light bulb that can be controlled remotely for selecting light presets. In the full history of Xiaomi, it has not only conquered the smartphone market in China but has also taken the lifestyle arena by the swing.

It sounds too good to be true – the instant success the company has had with its products and the global brand itself. But the company’s taken some well-thought decisions and has a long-term vision. The biggest reason behind the company’s huge success is its research and development team. They did not just focus on creating new technology but also listened to their consumers. They catered to the needs of the many since China was not a smartphone user in the early 2000s. Redmi smartphones were called the “flagship killers” because of their extraordinary specs at low prices.

The marketing team has worked smartly and efficiently by placing the requirements of the common users in their ads and campaigns. So far, Xiaomi subsidiaries have captured the market because of its customer-centric and affordability strategy. It also caters to the lifestyle segment and sells more products than the usual lifestyle brands in China.

The success of a smartphone company in a tough economy

A major reason behind Xiaomi’s success has been the company’s decision to price its smartphones at a very narrow margin based on “bill-of-material prices”. This lets them deliver premium specs to consumers at an unsettlingly low price.

Xiaomi, or as we know it in the smartphone market, Redmi, makes up for this low margin by selling a model for about 18 months (as opposed to 6 months for Samsung and other manufacturers). That’s potential 3x the sales other companies achieve. Xiaomi’s decision to market mobile phone accessories, gadgets for the home, software, apps, video and themes serves two purposes. The first more sales. It’s helped retain customers who tend to stick to ‘official’ accessories when they’ve purchased a Redmi phone. Secondly, it’s served the vital need of building Xiaomi into a consumer brand instantly recognisable and reputed.

Perhaps the most significant difference in its business model has been the fact that Xiaomi does not own any physical stores at all. Instead, it sells its products exclusively on the web. They may have the internet age to thank them for this, but the executives at Xiaomi deserve equal credit for capitalizing on such a scenario. Not running any physical store saves the company millions of dollars in expenses, playing a huge role in its bottom line. They have also started to give store franchises all around the world to increase the customer base through the offline market. The earnings from this section are also significantly high since people now get to look at the smartphone and other products before purchasing them.

What is the vision of Xiaomi?

Xiaomi and the Xiaomi subsidiaries initially did not rely on huge campaigns,posters, and advertisements. Unlike other startups, they started to build a customer trust relationship to have a user base that relies on them to fulfill all of their needs. Just as Apple has made loyal customers over the years, Xiaomi was inclined to win over their target audience. This led to a marketing strategy that focused more on presenting products to the customers in a way that would appeal to them. Over the years, this smartphone manufacturer has been changing China with its huge distribution network and constantly modifying its marketing strategy. Over the years, a lot of competition has risen in the “flagship killer” segment, which is why Xiaomi has had to cater to its customers by running huge campaigns and partnering up with various leagues to reach the customers. The company’s primary motive has always been to tend to every technology-related need of the customers, and thus they do not market themselves as just smartphone vendors. They have created lifestyle products that have been a huge success in changing China as well as all around the world like they did in the case of Xiaomi India. Xiaomi success story in India is a great example to reconfirm people’s faith in the company.

In 2013, the company brought Hugo Barra from Google to oversee its worldwide operations. Hugo’s experience in Google has proved to be of significant value to Xiaomi, which has had its sales multiply many times over while also having some of its internal quality and service issues fixed. Hugo knows what he’s doing at Xiaomi. It’s been a dream run for Xiaomi thus far and there aren’t any signs of them slowing down their pace. The Xiaomi success story in India has become quite renowned as well, since the subcontinent market was large yet tough to capture.

Company’s thoughts for the future

The smartphone niche has become rather consolidated over recent times. Only so much innovation can be done in this field since the larger customer base only wants their basic needs fulfilled by a smartphone. According to Xiaomi officials, their biggest successes in recent times are not just their smartphone but their “dumb” lifestyle products like smart backpacks. This has led to a new marketing and research strategy for the company, which now aims to provide a complete ecosystem to its customers. China has become its largest market for catering for every single daily consumer need throughout the day.

Be it TVs, refrigerators, vacuum cleaners, etc., Xiaomi is putting in its team innovations related to these lifestyle requirements, thus creating a smart ecosystem for consumers at highly affordable prices. The fitness band market for Xiaomi has been a huge success as its Redmi Smartphone series and ‘Mi Band’ have sold in huge numbers because of the functionality and affordability that the product gives to the customers. Apart from this, Xiaomi has also invested in other startup brands that are breaking into the innovation sector. Amazfit has been a successful investment for the company as many people like it. With all of this, Xiaomi has become one of China’s largest e-commerce platforms. Not only this, but it also offers a special status to the Chinese community as products get launched in China first, and some are just China-specific ones.

Even during the recent backlashes related to Chinese goods worldwide, the company’s marketing strategy remained loyal to the customers. They then shifted to making the regional customers feel like the company products are made just for them and their own country. According to some stats in the Xiaomi Wikipedia page, this has saved the company from experiencing huge losses. All of this has been the result of a changing China initiative that Xiaomi took back in 2010-11. Now around the globe and especially in India, Xiaomi India has started to focus on giving regional connectivity to the customers. With the company’s plans to extend its services across nations like India, Xiaomi success story in India is a tale soon to be heard.

What is to be learnt?

The Xiaomi Wikipedia page states that in China, Xiaomi subsidiaries have become the largest tech-based platform and is now third in the whole world when it comes to the smartphone market. There are a few things that can be learnt from their example. The first has to be that a company can become a huge success if they focus on creating products that fulfill the requirements of the masses. The mass audience in China just needed a smartphone in their hands, and Xiaomi catered to that need by making an affordable smartphone with great specs. The second lesson to be learnt is to keep innovating and enter the domains that seem to have huge potential. Limiting the company to a singular motive only leads to market saturation, and this is why diversification is important. And lastly, connecting with the audience like the company did in case of China and Xiaomi India, along with giving them a loyal ecosystem is a must. This shows the customers that the company is serious about providing them with what they need.