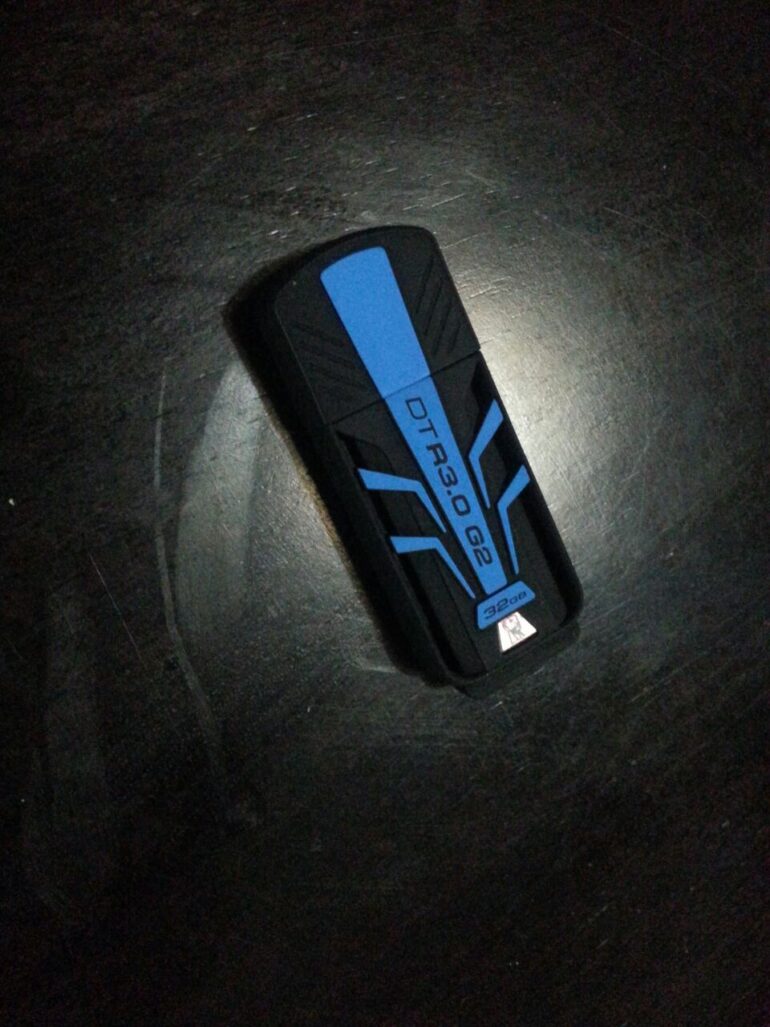 Over the past few years, Kingston has improved upon an already established brand dealing with digital peripherals. Flash drives, always a popular tool used to store data, aren’t showing any signs of dying out. Sure, you cannot ignore how cloud storage is becoming increasingly popular, but it still has a long way to go before people start placing their faith in it completely, worldwide.

Accidents happen all the time, and at most times it occurs when we least expect it. Electronic gadgets require to be handled carefully. A slip of the fingers could result in your flash drive falling from a great height or much worse into a puddle of water. That would be the end of your treasured travel companion and with it, all your precious data. Kingston’s got you covered, though.

The Kingston 32GB DT R3.0 G2 boasts of being shock and water-resistant. It hence comes with a rubber casing, which completely encompasses the flash drive from all angles. The product is black in colour, with raised blue fins over its body. Due to the rubber coating, it has a very good grip. 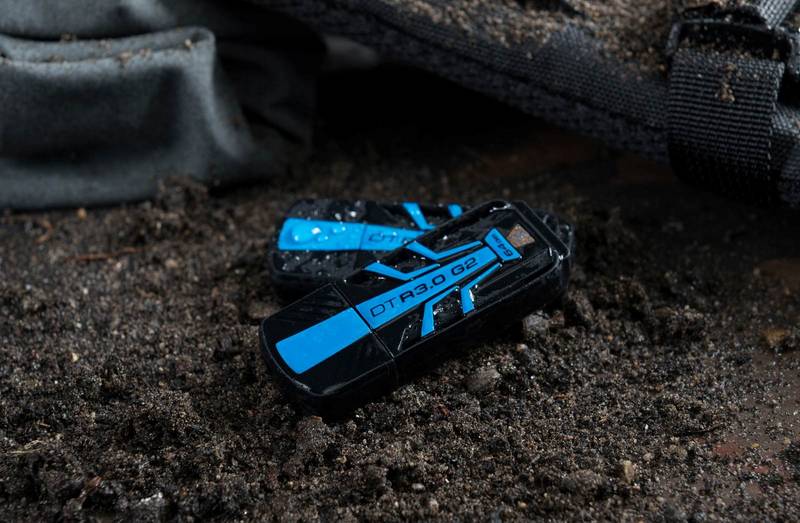 Not a lot of detail has been given about the pen drive’s shock resistance except that its rating is based on the following military standard – MIL-STD-883H, METHOD 2002.5. As per the official IPX8 rating, the pen drive allows for submersion in water, at a depth of 1m for as long as 1 hour.

In keeping with the times, Kingston has released the pen drive with USB 3.0 connectivity. Obviously, it is also backwards compatible with USB 2.0.

It is available in three different capacities – 16GB, 32GB, and 64GB. The 32GB variant that we have with us today has a usable storage capacity of 29.2GB backed by a 5 year warranty, which also involves free technical support. Interesting package!

The following are the speeds that the drive offers:

Specifications at a glance:

I performed some benchmark tests on the device to find out if it yielded realistic results, comparing it with the advertised speeds. The flash drive performed successfully at the mentioned speeds and was able to transfer large amounts of data within a short period of time.

Upon testing, it was found that:

It should be noted that the same drive will reach different speeds on different systems depending on configuration, but the high level of performance offered by the DT R3.0 G2 is quite obvious in this case.

People often do not realize the important role played by flash drives in their lives. Available at a price of approximately Rs. 2,000 and offering USB 3.0 connectivity, the DT R3.0 G2 is a decent buy. The flash drive has a rugged and water resistant body, characteristics that are generally not found among its peers in the current market. This makes it more durable and allows it to take a bump or two without breaking a sweat. The flash drive may be considered a bit bulky by some due to its size and appearance. But that might be a small price to pay when you consider the protection that comes along with its size. It also provides good transfer speeds and came through with flying colours when tested.

All factors considered, the price is a fair one. There are other pen drives in the market which are available for lesser amounts, but they do not offer the same level of protection on a physical level as the DT R3.0 G2.

If you have butter fingers or consider yourself a bit clumsy, then Kingston’s Data Traveler R3.0 G2 would be your best bet.