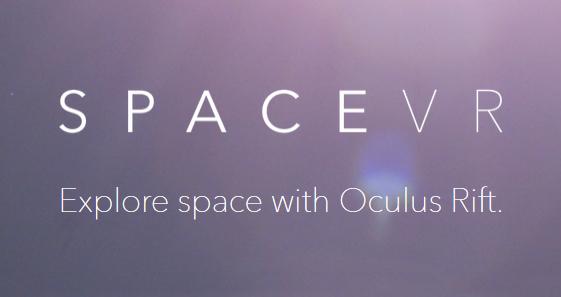 Last week we covered SpaceVR’s ambitious goals for bringing space to the masses. This week, there have been some additional developments in the field and additions to the team. To refresh your memory, SpaceVR was founded by Ryan Holmes and Isaac DeSouza, who are leading the effort to bring space down here on Earth, with virtual reality. This innovation will introduce a new age technological development, a 360 degree, 3D camera set onto the International Space Station which can be used on any compatible VR device. The company aims to start off with the ISS based VR this year and by 2022, we should head to the natural satellites of Mars and descend on Mars by 2026.

So this just in,

SpaceVR is teaming up with Jeffrey Manber

SpaceVR has signed an agreement with Jeffrey Manber, CEO at NanoRacks, who will also join the Advisory Board at the company. Manber’s NanoRocks was the first in the world to invent, operate and market commercial facilities onboard the National Lab of US on the International Space Station in the low earth orbit and beyond. Ryan Holmes, CEO of SpaceVR spoke highly of Jeffrey Manber, calling him a space commercialization legend. He also went on to talk about his endurance to power through space hurdles before the birth of the idea of Elon’s SpaceX and concluded by saying he was a huge asset to the company and what a great honour it will be to have him on board.

Isaac DeSouza, CTO of SpaceVR too, was extremely enthusiastic about the joining of forces and he was quoted saying,  “We are excited to have Mr. Manber on-board. His expertise in commercial space will guarantee our ability to deliver Overview One as we take virtual reality beyond Low Earth Orbit and into deep space and expand our operations.”

Mr. Manber is known for formerly heading MirCorp, which leased the Russian space station Mir and is the only businessman to have ever marketed an orbiting space station and conducting a commercial mission to space, a remarkable feat indeed. He has dedicated his recent efforts to lowering government barriers to open markets in space. It does not end there, also, while in satellite communications he represented the Russian space program during the opening of relations between the 2 giants, the American and Russian space programs. Mr. Manber has worked directly with multiple governments and private organizations to support market dynamics in both, Space and other realistic emerging industries.  He is now focused on creating a commercial marketplace in the low earth orbit and will use his expertise to guide SpaceVR as we move out into deep space exploration.

SpaceVR goes to Kickstarter This July

Quite an interesting prospect and a brilliant team to make this a success. SpaceVR goes to Kickstarter this July. So it won’t be long before we see them deliver space to all us enthusiasts.