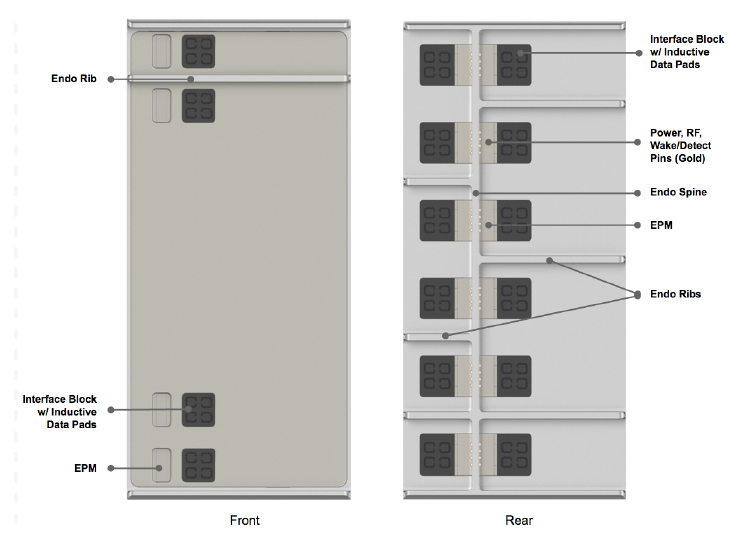 I’m usually frustrated by how smartphone manufacturers think they understand my needs better than me myself. I am not a fan of large sized screens. A 4.7 inch screen is my limit. But all flagships in the industry today are 5 inches or higher. Go for a smaller screen, and you lose out on important specs like performance and display quality. It’s like I’m forced to buy a larger phone.

This scenario ma change though. Soon, consumers may take over some of the roles that manufacturers have so far held. Think of a scenario where you can build the hardware of your own smartphone and flaunt it around saying, “Now, I built that!”. Google plans to revolutionise the smartphone industry, under an umbrella project called Project Ara. Smartphones developed under Ara are actually ‘Modular Phones’. Modular here, referring to the fact that smartphones won’t be ‘integrated units’ anymore, but instead – consist of individual modules working together to power the whole.

Related: Project Ara – The Next Step for Smartphones?

Project Ara, so named after the main mechanical designer of the team, is the brainchild of Google. Before it had acquired Motorola Mobility in 2011, Google had purchased a few patents from the Israeli cellular company, Modu, which claims credit for the world’s first modular cellular device that can be used in other devices. After the acquisition of Motorola, initial research on Project Ara had started under the Motorola Advanced Technology and Products group. The project was built upon as the full-fledged work started from 1st April, 2013. Six months later in October 2013, Motorola and Dave, a designer with Phonebloks modular concept, a prior independent initiative along the same lines, announced that they would now work collaboratively towards bringing modular phones to reality. Motorola also announced that its primary motive was to ‘democratize the Smartphone industry and push it towards a landscape where it’s easier for new entrants to create products and compete’ more like, create an open-source hardware platform.

Later in early 2014, when Google sold Motorola to Lenovo, it retained the Advanced Technology and Products group as Google’s ATAP and Project Ara was hence continued. A nearly-functional version of the Ara smartphone was displayed at a Google I/O conference in 2014, wherein the boot process could not be completed owing to a technical glitch. It was hence retracted and is now slated for a world-wide release in August 2015. The new version of the handset will be called Spiral 2, will be developed by a US phone maker, Yezz modular phones along with Google and will run on the Android OS like all other Ara phones.

The Hard Tech Behind Ara

For those who want to turn savants in this subject, let’s delve a little deeper into the technical aspect of the Ara phones. The main framework of these modular smartphones will be more like a metal grid called the Endoskeleton or the Endo. This shall provide the phone with its shape, size and dimensions. The two sizes that have been finalized so far are: Mini (45x118x9.7 mm) and Medium (68x141x9.7 mm). A third larger size, comparable to the Samsung Galaxy Note 3 is also being designed and will be called ‘Jumbo’. Although any individual or third-party group can design their own modules under the MDK (Module Developers Kit) releases (latest being the MDK 0.2), Ara does not allow third-part Endo development to conserve the integrity of the Project.

The Endoskeleton has interface blocks where the electrical power pins and contactless data pads are located. These modular smartphones shall incorporate capacitive interconnects sans any other physical contact to avoid problems arising due to delayed data transmission, physical obstacles like dust and damage. Like how software applications form a vital part of any Operating System to function well completely, Modules here form the building clocks of Google’s assertive project.

These hardware analogue of widgets and applications can be categorised into two main classes. The front modules bridge the gap between the user and the machine. They form the front panel of the phone and include components like the screen, microphone, receiver and so on. After having provided the user interface to the phone, we move towards the second class of these modules which form the rear end and provide more of a substance to the phone. They can include a large range of functionality units like a USB charging unit, a high-end camera module, the Processor and the RAM module or even a temperature sensor. Rear Modules can be developed in three standard sizes: 1×1 unit squares, measuring approximately 22x22mm, 1×2 rectangular units (22×44 mm) and 2×2 modules (44x44mm). These modules can easily be inserted into the slots on the rear side of the Endo and are secured by Electro-permanent Magnets (EPMs). EPMs use electrical impulses to toggle between the ‘off’ and ‘on’ states. When in the ON state, they are activated and a 30 Newtons force keeps the modules from sliding off the phone, even if you drop the phone. Moreover, the states of these EPMs can be controlled by the user using some Android applications.

How Likely Is Success for Ara?

Now that we have more erudite readers reading this article, we can now move on from an in-depth view of the technology to a more analytical approach. The technology so described does mesmerise us with total admiration, but the question is – Is it worth all the attention it has garnered so far? If not foresee its reception, we can definitely break down Googles’ massive ambition and go over it piece by piece.

Since consumers can customise their phones, Ara phones will carve a niche for themselves. Now, I could purchase a highly efficient processor, a RAM with large capacity and a memory storage unit to carry all my documents and files within the confines of the aluminium skeleton of my Ara phone. Since I am not that much a shutterbug, I could give that high-end, 24 megapixel camera a miss and go for a cheaper version instead. It’s the equivalent of a Play Store for hardware components! 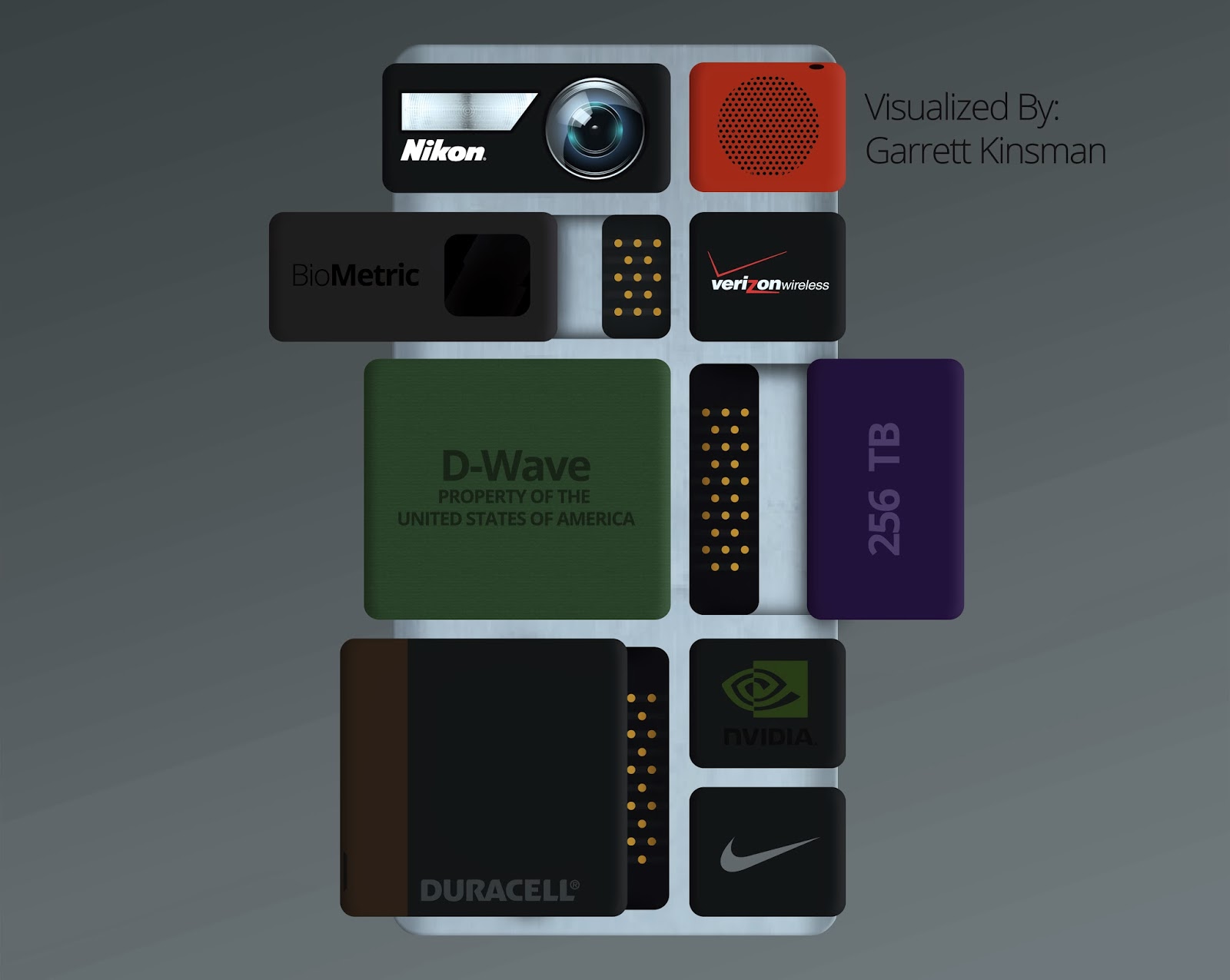 Is there a catch to it? Now say, if a friend of mine is a photography-buff and wishes to have a brilliant camera with the best optical settings, could he settle for a low capacity RAM or a not-so-advanced display unit? Of course not! Compatibility of the modules are a major concern in Modular cellular devices. On top of that, there are a certain placement constraints of these modules too. Since each of these individual units need to communicate amongst themselves for cohesive functioning of the hardware, a few elements cannot be located too far from each other. The bigger the distance between them, the higher the latency, resulting in slower communication and hence lower efficiency.

For instance, the RAM and the processor should be in close proximity, preferably on the same block. This poses a certain design constraints and even mandates that the user possess a good understanding of how electronic devices function. This now limits the user audience for these phones. However, the upside is that if any one functional component stops working or is damaged, you can get that module fixed or repaired without having to give your entire handset. Saves on time, cost and does not let you be without a phone either.

Moreover, the modules will be encased in plastic cases that can be designed and customised at our will. While speaking of electronics or technology as a whole, one concern that intrigues us all is the waste so produced. So, how eco-friendly are these Ara Phones? One of the primary considerations that were taken in building this project was reduction of the electronic waste so produced. Let us think of a situation where in you want to replace your old 1.2 GHz processor module for a better, faster and more efficient 2 GHz processor. You could easily go buy the new one in lieu of the older one. This does not mean that the 1.2 GHz processor has lost its significance. Instead of being discarded, it can be recycled and used by another customer who could settle for the following specification. Even if a module was damaged beyond repair and had to be discarded, the net e-waste produced would be extremely meagre than what is being dumped now, year by year in e-waste sites like Ghana. The Endoskeleton can run for years altogether thus giving us room to upgrade our modules as per our convenience while keeping the basic frame intact.

What about economic feasibility? There’s absolutely no wording on how much the first Ara phones will cost, and it’s obvious that prices could vary greatly – depending on the specification, types, number and the quality of modules purchased. There is a downside in this aspect as a manufacturer developing a pre-assembled phone in a single package with the same features might sell it at a lower cost. In fact, this happens to be the biggst argument against Ara.

Another major concern is the weight. The individual modules can add up to make the end product bulky. Although steps are being taken to optimize the downsides, knowing what the technology really entails will have to wait till the second half of this year.

Ara is never going to ‘revolutionise’ the smartphone industry in the way the iPhone did. But it most probably will gobble up decent market share and continue to sustain itself, once launched. It’ll be a matter of subjective, personal choice – if you want to go in favour of Google’s vision of ‘lowering the entry barrier for phone hardware manufacturers’, or if you think integrated compact devices are superior. Toshiba, Sennheiser and many other companies have taken up the task of designing modules for the Ara phones already.