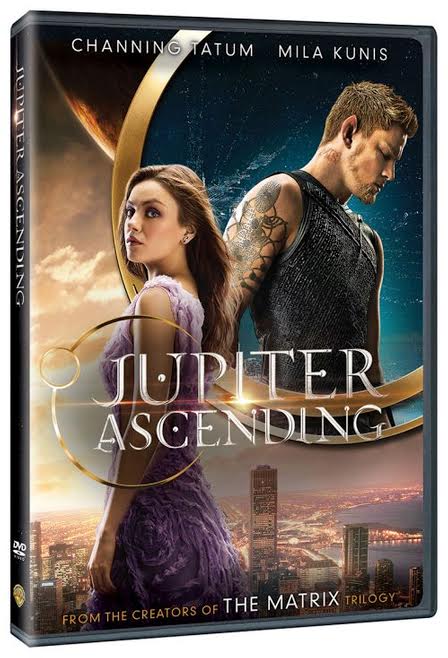 At first, you might think Jupiter Ascending is some space exploration flick involving the planet Jupiter. You’d be partly right. Jupiter Ascending does involve space and the universe, but not specifically Jupiter. Jupiter is simply the name of the protagonist. Written, produced and directed by Lana and Andy Wachowski, the sci-fi flick involves a very unique concept about life on earth, though the plots are mostly predictable.

Something that will make you wonder is the possibility of the concept of the movie which portrays that we, humans might be unaware of the fact that there could be several other planets with inhabitants produced by transhuman families and alien royalties. And that the earth and several other planets like ours could be used by these royal alien/transhuman families as industries to generate and later “harvest” them to create a genetically and technologically advanced serum to live longer and be young for a long while. This very concept which is revealed slowly throughout the movie makes you sit up and watch carefully to understand it.

The storyline is pretty usual, where it begins in a faraway planet, the royals of the House of Abrasax lost their mother, ruling over the planets and the children Balem, Kalique and Titus quarrel over the inheritance of the Earth as it is the next intended source of youth serum industry built by them. Meanwhile Jupiter Jones a.k.a. Mila Kunis narrating about her parents, father Maximilian Jones who loved to watch the night sky and owned a telescope and mother Aleksa Jones who was madly in love with her father lived happily together until Maximilian Jones died when shot during the robbery of their house before Jupiter was born. With no one else in their family, Aleksa Jones moved to Chicago to live with her sister’s family. And Jupiter, named after her father’s last wishes was born on the way on a ship homeless, country-less and father-less under signs of the night sky that predicted future greatness. The full-grown Jupiter dreamt of stars and greatness only to find herself cleaning toilets and working at wealthy neighbor’s house. She hated the crude and harsh reality of her ordinary life until she noticed a bunch of extraterrestrial creatures called “keepers” at her friend Katharine Dunlevy’s house that she tried to photograph but couldn’t recall the incident later as it was wiped of the memories of both Jupiter and Katherine. Soon after, Jupiter was attacked by these “keepers” dressed as doctors during her egg donation procedure, which she had decided to undergo in order to earn money to buy the telescope robbed from her father. Here enters Caine Wise or Channing Tatum, a soldier sent by Titus to save Jupiter and then she was swirled into a series of events. Facts revealed to her changed her life and fate, making her the majesty whose genetic signature made her the next in line for an extraordinary inheritance that could alter the balance of the cosmos.

While the plot does get slightly confusing at times, the action sequences and strong performances by Mila Kunis and Channing Tatum do keep you on track and involved. Now available on Blu-ray & DVD, Jupiter Ascending does involve some pretty impressive visual effects, done by Dan Glass. They’re pretty convincing for the most part, and the attempt to give an original look to space environments inspired and influenced by European cities pretty much succeeds. The movie has a touch of Renaissance architecture, modern glass and Gothic art which looks life-like and beautiful in a Blu-ray quality. Most of the action sequences complement the stellar visual effects, culminating in a good cocktail of both space thrills and action. Most of the actions and stunts were done by the actors themselves and stuntmen rather than digital doubles, lending an authentic feel to the whole set up. Finally, to conclude, I’d personally say Jupiter Ascending is worth a watch for the triple bonanza that includes the beautiful visual effects, gorgeous Mila Kunis and the ruggedly handsome Channing Tatum. It may require you to be a little forgiving of the plot at times, but that’s something most will be willing to overlook.

The Blu-ray & DVD include the following earth-shattering special features: