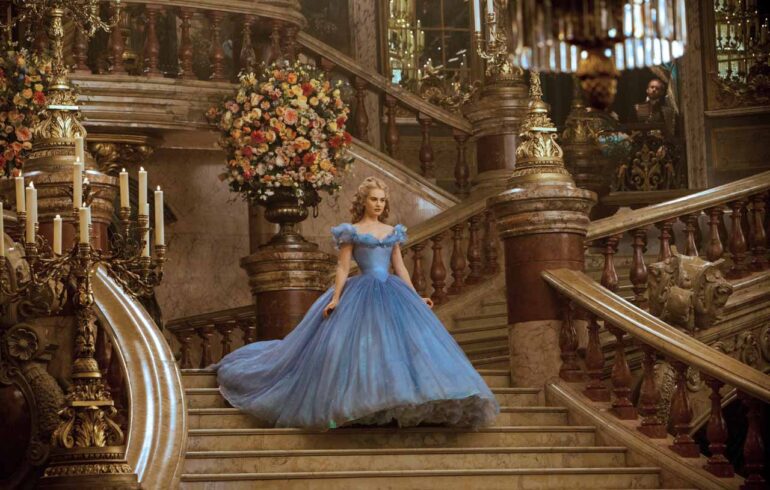 Lily James is Cinderella in Disney's live-action feature inspired by the classic fairy tale, CINDERELLA, which brings to life the timeless images from Disney's 1950 animated masterpiece as fully-realized characters in a visually dazzling spectacle for a whole new generation.
Srishti Saha·
Entertainment

One of the most familiar fairy tales and something every child might have either heard, read or even enacted in her or his kindergarten years, Cinderella is a story that introduced us to the concept of virtues, the transformative power of kindness and magic. Based on the actual story, the Cinderella movie is an appropriate adaptation; a modern classic. Now out on DVD & Blu-ray by Sony DADC, we reviewed this cinematic adaption. 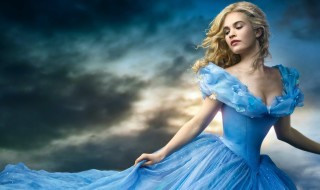 Cinderella opens with a fresh and ebullient scene of a family picnic. Born to a merchant father (Ben Chaplin) and a talented virtuous mother (Hayley Atwell), Ella grows into a beautiful young girl in a beautiful estate in a peaceful kingdom. Everything looks right in its place unless Ella’s mother falls sick and dies. On her deathbed, she asks her daughter to promise her to carry kindness and courage in her heart, always. With this principle deeply embedded in her mind, Ella (Lily James) grows into a fine young lady with refined mannerisms and love for her father. Years later, Ella’s father announces his wish to remarry the widow of an old acquaintance, Lord Tremaine. Soon Ella and her father welcome his new wife (Cate Blanchett), and her two daughters Drizella (Sophie McShera) and Anastasia (Holliday Grainger) in their house. Lady Tremaine comes across as a lady of refined taste and plans to re-decorate the house as per her aesthetic sense. She even organizes loud parties in the house that is given a miss by both Ella and her father. Ella’s step sisters are portrayed as spoilt kids who have very materialistic demands and are nowhere close to decorous. A few days later, Ella’s father has to leave for one of his trips. He advises his daughter to be good to her step-mother and promises to be back.

After he leaves, Lady Tremaine starts behaving ill with Ella. Her stepmother makes her give up her bedroom to the stepsisters and demands that she sleeps in the attic herself. She makes her do the little chores of the house as well. Her only companions are the 4 mice in the attic who commiserate with her and provide her with company in times of need. On the trip, Ella’s father contracts sickness and the news of his death soon reaches Ella and the rest of the family. Soon after this, all the servants and helpers in the house are asked to leave permanently and Ella is forced to manage the household singlehandedly. Her step mother displays her cruel behavior as she ostracizes Ella and does not even allow her to eat her meals with the rest of the family. One night as Ella sleeps next to the fireplace to escape the harsh chill and cold weather in the attic, her face turns black with the soot. Her stepsisters mock at her and name her Cinderella post this incident.

Ella’s misery ends when she meets a handsome young man, the prince of the kingdom, while riding a horse in the woods. Despite not knowing her name, her introduces himself as ‘Kit’, hides his identity as that of a prince and is utterly mesmerized by Cinderella. His father, the King learns that he does not have much time until his death and insists Kit to find a bride at an upcoming ball. Going against the book that says the prince should marry only a girl from the royalty, Kit talks his father into allowing every eligible spinster, royalty or commoner, in the land to attend the ball. However, Lady Tremaine refuses to buy Cinderella a new dress. Still excited to go attend the ball, Cinderella makes herself a nice gown from an old dress of her mother’s with help from the mice. The night of the ball, Ella tries to join her stepfamily on the way out. After some intense drama with her stepmother, Cinderella runs into the backyard where she meets fairy Godmother. The fairy godmother then turns the four mice into beautiful horses and a goose into a coachman.

Ella is all set to go as the fairy transforms her dress into a gorgeous blue gown complete with glass shoes. She warns Ella that the spell would only last until midnight and that she should come back by then. At the Ball, Ella wins the coveted first dance with Kit, she is the centre of attraction for everyone and also a subject of envy for all other maidens, none of who recognize her.

But it can’t be such an easy happy ending, can it? More drama ensues as not everyone is pleased with Kit and Ella’s marriage, as they have vested interests. As the clock strikes 11:59, Ella is forced to flee without revealing her name to the prince. She drops one of her glass shoes in the process but manages to get away before the stroke of midnight and hides the other shoe in her room as a memento. Soon after the ball, the King dies after permitting his son to find his love. He announces that every maiden in the land has to try the glass shoe that was left behind by Ella as she ran out.

What follows is an epic struggle by Cinderella to try the shoe and unite with Kit despite her stepmother’s attempts to thwart her happy ending. 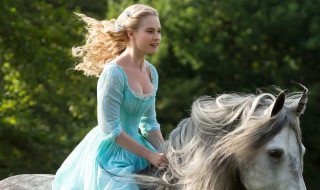 Marked by Kenneth Branagh’s characteristic romantic style of direction, Cinderella is one of the many good visual treats you shall get in the genre of fiction, fantasy and romance. The movie is a direct adaptation of the childhood fairytale and does not incorporate any modern idiosyncrasy, successfully making viewers realize that things like those can only be dreamt. However, Cinderella appeals visually to an audience of varied age-groups. A few scenes like Ella’s entrance in the palace and the following ball dance, amongst a few others, were beautifully conceptualized, choreographed, directed and shot. Featuring a few emotional scenes and some very fairytale-like dreamy ones, Cinderella is a great package overall.

The Magic of Fonts & Layouts

Now out on DVD & Blu-Ray, Cinderella also boasts of a mesmerising orchestral score, reminiscent of the bygone era of romance and folklore. Lily James plays the role of fairytale protagonist with great aplomb. Cate Blanchett is equally brilliant with her performance, lending the character substance and authenticity. The movie is worth a watch and the DVD quality is unmarred and brilliant.

The home DVD and Blu-ray has many bonus contents to make your home-media an enjoyable experience.