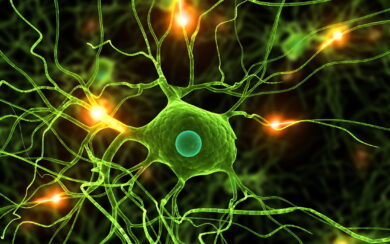 How Does The Brain Store A Memory

Ever wondered how you can hear your name in a crowd, amidst all the chaos? Because it’s YOUR name. Your brain has been trained for several years to recognise it as your identity. Hearing it means someone is in need of your attention. Imagine being interrogated, or interviewed. If you are in a position of taking a decision, you are likely to come up with quick sets of reasons that would insert the word “yes” or “no” into your mind. What you are doing is justifying yourself, and in a way feeding your brain an idea.

Big Think conducted an interview with Daniel Dennett from Tuft University who shared his ideas on “Beliefs”. Dennet conceived a thought experiment, wherein a person encounters a brain surgery. Before the operation, he had the information that he was the only child of his parents. But the surgeon somehow managed to incorporate an idea in that person’s brain that he has an older brother. His memory was magically edited with a new information resembling a piece of code. How doable is this?

Such a feat isn’t possible today, but sticking to the thought experiment, the patient would be convinced of his younger system by the end of the operation. Let’s delve deeper.

Now, what if we ask him his brother’s name? He would practically face the most difficult question of his life. For some moments, he would know that he does not know the name. Next? The belief is gone, is doubted and in a stage of fallacy where the information exists but no further tracking can be done.

Neurophilosophical pragmatism, or Neuropragmatism, is the scientifically informed treatment of cognition, knowledge, the body-mind relation agency, socialisation and further issues predicted on judgments about basic matters. Neuropragmatism is capable of grappling with philosophical questions, arising at many levels from synapse to society. Dennett ultimately rejects the idea that information can be fed to the memory network in such a manner. The “pragmatism” pictured with initial logic, finally proved to be false and contradicted reality. 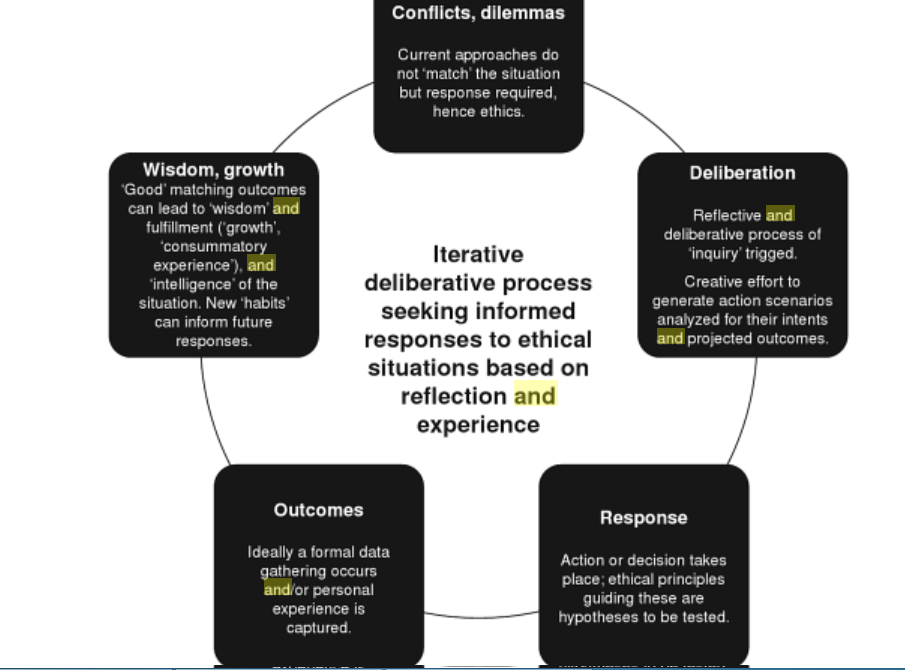 This human brain is persistent at being fascinating, and with time it has developed brilliant concepts that have revolutionized the world we inhabit. Through science, arts, mathematics and engineering, our mind has transformed the planet, and our lives.  To understand the memory structure of the brain system, an analogy with a computer’s hard drive can be drawn. It can be said that “memory” is divided into different folders and data is abstracted from a particular folder as required. However, recent studies emphasize the fact that real brain network is too complicated to comprehend using such analogies.

Multiple studies have shown that memory does not depend on a single segment of our brain. Instead, it relies heavily on the brain system as a whole. For example, swimming is an act that synchronizes different parts of brain with other organs of our body. Both halves of the cerebrum act together to incorporate the memory of ‘how to swim’. It also controls the movement of body. The Medulla oblongata helps in regulating the breathing process. In fact every element of memory (sights, sounds, words, emotions) are encrypted in the same section of the brain which created that fragment (visual cortex, motor cortex, language area, etc ) initially. Recalling the memory reactivates the pattern formed in the initial recording process. Thus memory can be mapped in a complex web structure where threads symbolize various elements of a memory that join at nodes, to form a whole rounded memory of a person, object or event. Nature formed this structure to ensure the safety of other sectors, even if one sector is damaged. 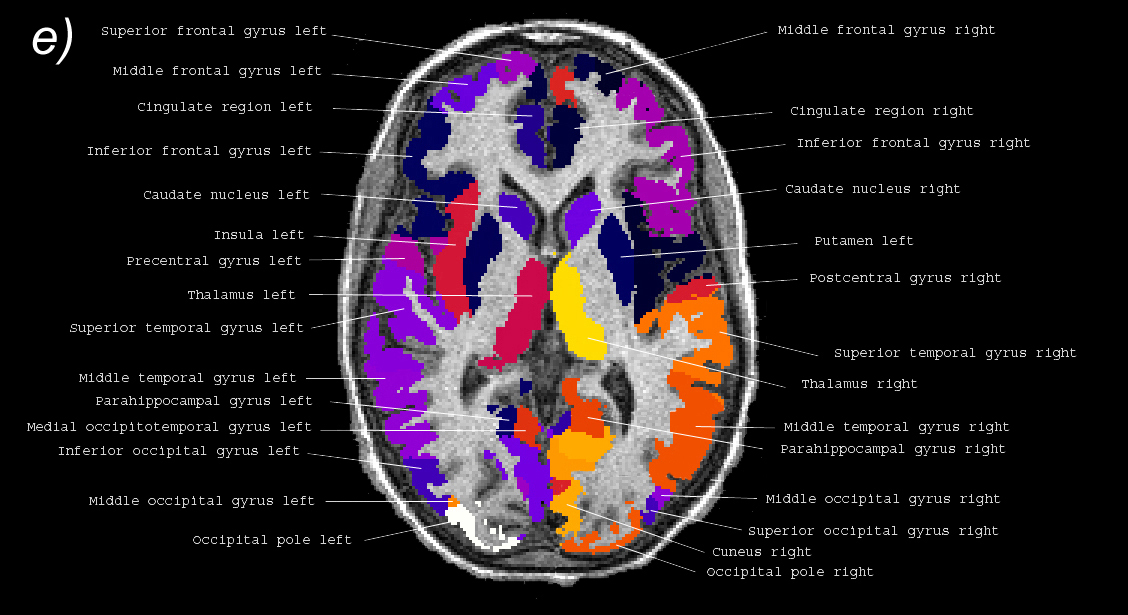 Cognitive Neuroscience extended its roots to seek the depth of memory. Intensive research supported the fact that brain lesions in patients uncover the mystery of memory. Lesions have produced unexpected mnemonic deficits that provide clues about which brain regions are necessary for which memory processes. Interestingly the process does not express the work sub-served by injured tissues, but rather it emphasizes what the brain can achieve with the remaining available tissues. Along with the case studies, scientific imaging techniques namely Positron Emission Tomography (PET) and functional Magnetic Resonance Imaging (fMRI) tend to provide new evidences to support these theories. PET and fMRI derive their signals not from neural activity, but rather from local changes in blood flow or metabolism, correlated with neural activity. The local vascular changes affect the distribution of an injected radionuclide (usually O15) in PET or magnetic properties that are blood-oxygen level dependent (BOLD) in fMRI.

The contemporary findings conclude that memory is not a unitary process, but can be segregated in different sections.

What we usually consider in the process of memorization is essentially long term memory (LTM). However, there are other two kinds which are intermingled with LTM extensively, dubbed as Short Term and Sensory Memory. The memory chart in the image is known as modal aka multistore aka Atkinson-Shriffin model named after Richard Atkinson and Richard Shiffrin.

Are Aliens Watching Us? (Part Two) 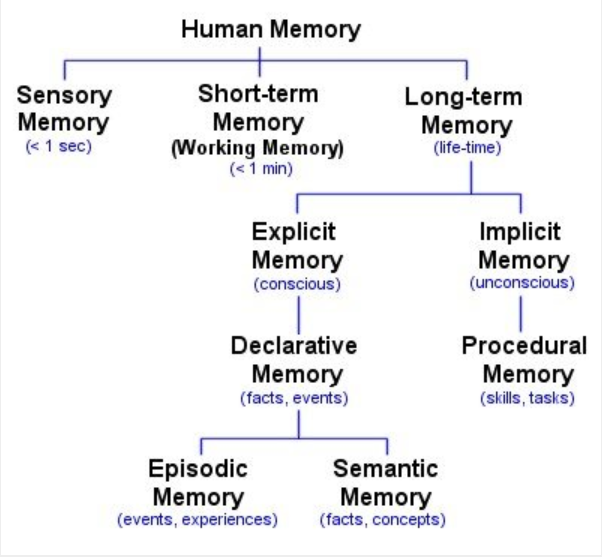 Sensory Memory: Also known as the shortest element of memory, sensory memory retains the information when the working signal or stimuli has ended.  This acts as a buffer for stimuli received through the five senses of sight, hearing, smell, taste and touch, which are retained accurately, but very briefly. Looking at a sight and visualizing it depends upon “iconic sensory memory”.

Short Term Memory: Acts when temporary recalling is necessary depending upon events. It “remembers” and tracks information at the same time.

Long Term Memory: This memory section is intended to store information for a long time and arguably, for forever till “brain-death”. Despite our everyday impressions of forgetting, it seems likely that long term memory actually decays very little over time, and can store a seemingly unlimited amount of information almost indefinitely.

All the processes, methods, incidents that create the impact on the brain strengthens the “belief” that we store in our memory. Emergence of imaging technologies offered medical science the opportunity to study the unprecedented scope of discovering neuronal tricks that magically control our lives. Coupled with imaging techniques, brain abnormalities have also helped the scientists to make the discovery that managed to open up the vast areas of neurology, cognition, psychology and their correlated activities. In short, humans learned about the critical role of medial-temporal and diencephalic structures in declarative memory, the amygdala in emotional modulation of memory, the basal ganglia in skill learning, the cerebellum in conditioning, and the neocortex in repetition priming. In some cases, study of human lesions guided parallel lesion research in animals (e.g. medial-temporal and diencephalic lesions), and in other cases animal lesions guided research in patients (e.g. amygdala, cerebellum).

The psychological interpretation of neurology is expected to usher medical science to counter the fallacies and present more logical views in the near future that might extend our knowledge of medical science. The research might help to significantly reduce the number of neuronal disease, and also succeed in constructing a definite work-structure of the brain to rely on.