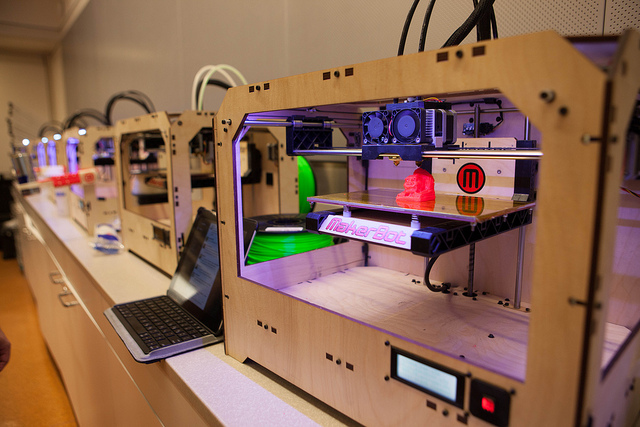 Printing – the process of generating exact physics copies from a given digital template, has been around for ages. One of the primary driving forces behind the European Revolution was the introduction of the mechanical type movable printing technology. Owing to Johannes Gutenberg’s pioneering invention of the printing press, printing technology changed the course of human civilisation and opened up a multitude of new opportunities.

With time, the science of printing matured and finally reached the form it exists in today. If we directly jump into the 20th century, we see that in a period of ten years, the printing technology took a giant leap. Printing technology has intertwined nanotechnology, chemistry, physics, and perception and achieved results that are currently the subject of intense research.

As reported by various news reports and articles, since the dawn of 3D printing, it never fallen off the sky when it comes to usage and utility. Surgical equipments, Scramjet Engines – many such sophisticated instruments got some 3D printing assistance before they went into production. Using CAD design and simulation, it possesses a magical power to turn a computer model into a physical object. 3D printers use methods similar to inkjet printers and create objects by stacking the layers of the used material and finally providing ultra-thin structures.

However, the application of 3D printing was restricted to plastic or alloy made objects until recently when a wide range of input fluids have been used to reproduce physical objects. Different “inks” made it possible to create diverse objects ranging from living cells to semiconductors. Universities such as Harvard, Princeton, Cambridge, Minnesota and UCLA have jointly rejuvenated and manipulated the 3D printing in such a way so that complex micro scale devices could be designed having size smaller than the width of human hair. The additive fabrication method, a much used method for 3D printing has disadvantages like large nozzle apertures which were not suitable for being used to scale down the output structures to the micro scale. To achieve an improved and enhanced technology, scientists sketched different methods and instruments such as the optical transient liquid modelling technique in order to develop micro scale structures that can meet the present demands. 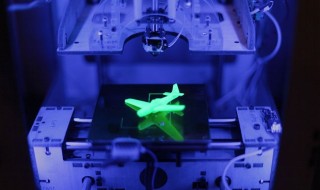 Biologists, chemists and material scientists relied on that input material and its different characteristics including electrical conductivity and optical properties. They have exploited the multivariate characteristics of different materials which can potentially be used as the fluid in micro scale printing. Jennifer Lewis, a materials scientist at Harvard University, is devoting her time on the chemical and mechanical aspects in order to realize the goal. It has been reported that her primary goal was to give sensory freedom to the micro scaled 3D printed objects. Other useful insights were given by Princeton university scientists who had developed a bionic ear, blending electronics and biology together that can functionally “hear” radio frequencies far beyond the human audible range. Another group of researchers from the University of Cambridge printed retinal cells to implant in the eye tissue. 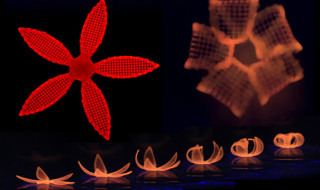 Professor Lewis’ work had a long lasting impression on printing technology due to the variety and significance of the work which was taking place in her “Lewis Lab” of the Wyss institute in Harvard. Even leaving aside the technical jargon doesn’t diminish the aura of such interesting and colorful patterns developed in her work station through the years. Her broad range of interests resulted in prototyping lithium-ion batteries, printed sensors fabricated on plastic patches to check human health condition the and the interwoven structures of blood vessels. To make such technology a reality, her team mimicked the constituents of living cells, potentially developing 3D printed organs that could help solve current organ implantation problems.

The Lewis lab is equipped with a 3-D printer embedded with a microscope that can precisely print structures with features as small as one micrometer. A larger 3-D printer, using printing nozzles with multiple outlets to print multiple inks simultaneously can fabricate a meter-sized sample with a desired microstructure in minutes. Lewis could produce large variations in her research product as her team believed in developing different kinds of “inks”.

Recently, on January 25th, 2016 the Harvard research blog reported that the Lewis lab had once again made history and opened up another new segment for researchers to take part in. Inspired by a plant’s nastic movements to external stimuli, scientists developed a flower like 4D-printed hydrogel composite structure that changes shape when immersed in water. Jennifer’s much awaited dream to develop transformable architectures has now become a reality.  Plants, especially water-based planktons are sensitive to external factors, such as water, air and touch. Nature has gifted us with flowers and plants that show dynamic active response when it comes in contact with any foreign substances.  Despite initial hardships, the team could move on to the 4th dimension while dealing with 3D objects. The hydrogel ink contains cellulose fibrils that are derived from wood and resemble the microstructures that enable shape changes in plants. With this smart move, the world would get a chance to experience 4D objects, thereby replacing the old technology with a better and more efficient one.

The truly striking feature of the new 4D technology is that it enables the formation of any arbitrary shape using any suitable material possessing different desirable characteristics. According to Wyss Institute director, Donald Ingber, the technology can be used to print dynamic micro scale structures and have huge applications in both medical and industrial realms capable of revolutionizing the printing technology.  The research was funded by the Army Research Office and the National Science Foundation’s Materials Research Science and Engineering Center.