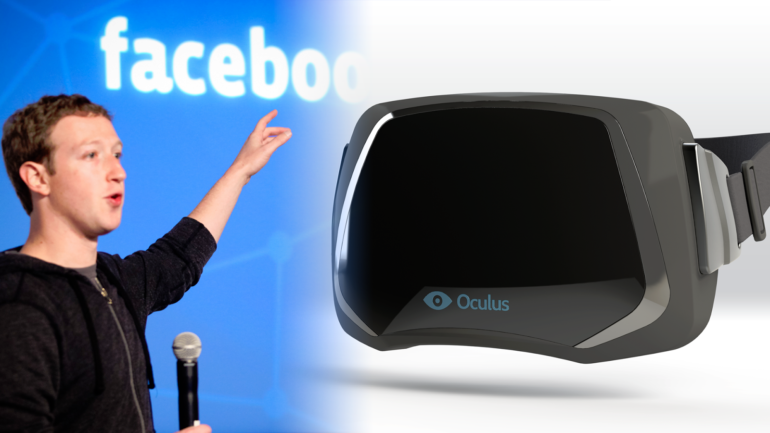 It’s finally coming! After years of waiting and plenty of teases, the first consumer virtual reality headsets will be shipping in 2016. Facebook founder Mark Zuckerberg has said that new computing platforms come around every 10 years so. Right now, we’re about to see the newest platform in a decade with the introduction of the Oculus Rift VR headset, hitting the marketplace sometime at the end of the first fiscal quarter with a retail value of $599.

Virtual reality hit a home run at the latest CES. At the annual Consumer Electronics Show (CES) show in Las Vegas, the Oculus Rift presentation stole the show. The VR headset blew away critics and the media. Oculus Rift became the biggest story attendees were raving about. After the 2015 CES ended, tech magazines and business magazines were convinced that 2016 will truly be the year of VR. Even Fortune magazine has declared that 2016 is the year of virtual reality.

Starting with Oculus Rift, the first consumer-level VR experience will be accessible to the public for the first time as three major brands rush to get their product to the marketplace. As a result of the latest VR craze, many other businesses in different industries are rushing to adapt to the bourgeoning technology.

Video game companies and production companies in Hollywood are currently developing games and content specifically for virtual reality enjoyment. Golf course developer TaylorMade is utilizing this technology to give prospective investors VR presentations of golf courses before they are even built. Psychologists and developers at Virtual Reality Medical Center are hoping to use VR headsets to help get their patients to conquer their fear of heights with special software that will allow patients to simulate high places.

Even the gambling world has been taking advantage of the public’s piqued interest in emerging technologies like VR. VR technology constitutes a general trend towards the realistic, and it influenced brands like PokerStars Casino to introduce a Live Casino option, in which online gamblers connect via live streaming technology to a bricks-and-mortar casino setting where they interact with real live dealers. This development proves how eager the public is to jump on the reality bandwagon for sure.

Whether you are a casino brand, a real estate developer trying to lure in new investors to a envision the potential of a new property, or an instructor with a class full of art students taking a virtual tour of a museum on the other side of the planet, the applications for VR are limitless.

Several major news magazines have already pondered the question: Is 2016 the year of VR? For most of 2015, tech news was dominated by drones. However, the big technology trend of 2016 is VR. Virtual reality is about to officially hit the mainstream. Over $4 billion in investment has poured into VR development since 2012. With an actual physical product and at least one VR headset soon available in the marketplace, VR is no longer a mysterious, magical piece of technology. One analyst suggested 12 million VR headsets will be sold by the end of 2016. Another whitepaper from Juniper Research has suggested a more conservative number, but that 30 million headsets would be sold by 2020.

THE RISE OF OCULUS RIFT

In 2014, Facebook paid $2 billion to buy Oculus Rift VR and the internet nearly imploded. Even though their first VR headset is scheduled to hit the market in early 2016, they will be facing stiff competition from Sony’s PlayStation VR (formerly known as Project Morpheus) and HTC’s Vive. Sony has the benefit of their gaming console, while Vive is linked with Steam, one of the largest and most popular gaming platforms.

Facebook feels they have an edge due to their massive user base along with a mission to enhance a lush social experience with VR headsets. Oculus Rift CEO and co-founder Brendan Iribe explained in an interview with the Wall Street Journal, “Something not everybody thinks about today is the social side, beyond just gaming—being able to have multiple avatars, multiple people in the same virtual world, experiencing a destination with you, teleporting and traveling together. That social side is really going to be helped by having Facebook as a partner.”

As technology improves, social media evolves and the manner in which we share our experiences changes. Only twenty years ago, we’d have to wait weeks for film to develop to show friends and family a batch of pictures of your holiday. A decade ago, we had the ability to upload photos from a digital camera… but that would happen a couple days after a vacation. Today, we can share images and videos in real time. With the introduction of Periscope and other video streaming apps, multiple users can join in on a live event. The addition of VR technology will inevitably allow us to take our friends on holiday with us, or attend a destination wedding in Mykonos… as long as they are wearing their VR headsets!

Will VR dominate the video game experience? Or will VR completely revolutionize how we share social media, as analysts claim? We really do not know how the public will react to VR headsets. At the turn of the century, who would have thought that within a decade every person you know would own a mobile phone, let alone one with smartphone technology? Think about how you use your phone today (e.g. streaming live events or watching movies) versus how you used a mobile phone back then (solely making calls and checking voicemail). The same unpredictability curve can be applied to VR technology. In a decade, VR is likely to be used in ways we never imagined.

An edgy tech company or lucky developer who strikes gold will be the one whom creates the first big-time VR app. Shuhei Yoshida, president of Worldwide Studios for Sony Computer Entertainment, hopes that Sony’s VR Project Morpheus will create a world unlike anything else. “A sense of presence is something that only VR can bring to the market, an experience that gives you a really strong sense of presence somewhere else,” explained Yoshida. “That somewhere else has to be really attractive to you, so you want to go back to that space again and again. That will be the killer app for that platform.”

Whether your favorite pastime is playing video games, wandering through art museums, or experiencing Mt. Everest… the introduction of VR headsets in 2016 is about to revolutionize education, entertainment, art design, engineering, and medical research. The future is finally here. Will we always go back and remember 2016 as the year we were first introduced to virtual reality and got our first VR headsets for Christmas?