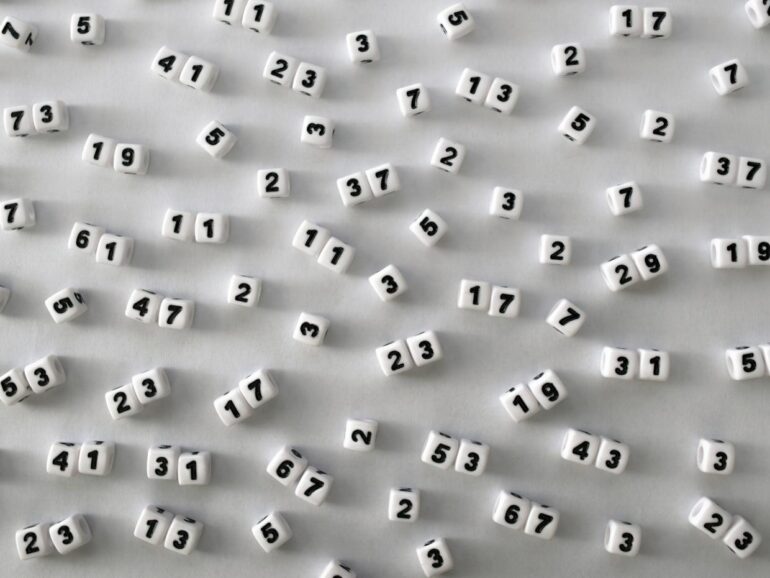 The captivating and bizarre world of ‘primes’

I wouldn’t blame you for being surprised to see an article devoted solely to a topic that is dealt with in middle school mathematics. But, there is more to prime numbers than meets the eye. Prime numbers form a fascinating area of research, not only in pure mathematics but also in several applied scientific disciplines. The study of prime numbers and their distributions has aroused a great deal of curiosity and has been undergoing continuous development for a very long time.

A prime number is simply defined as any natural number greater than 1 that is divisible by no other number except itself and the number 1. Interestingly, a prime when divided by itself, gives 1 whereas dividing by 1 yields the number itself. The numbers which do not follow this rule are called composite numbers. In mathematics, assigning the ‘Prime’ adjective to a number determines its primality. It is worth noting that 2 is the only even prime number. For a lucid understanding, while studying the prime distribution in the case of the first 10 natural numbers appearing in number system, we will notice that they are 2,3,5,7 and are in close proximity with each other. However, as we move towards the right of the number line, the appearance of prime numbers become irregular and distant. However, this statement has a lot of deficiencies as is seen from the examples of the numbers 1000000000061 and 1000000000063 which are also prime numbers like 11 and 13, 17 and 19. So, the general question that comes in our mind is how can we actually imagine primes and their distribution if we extend our reference frame? Do they follow any bizarre pattern? 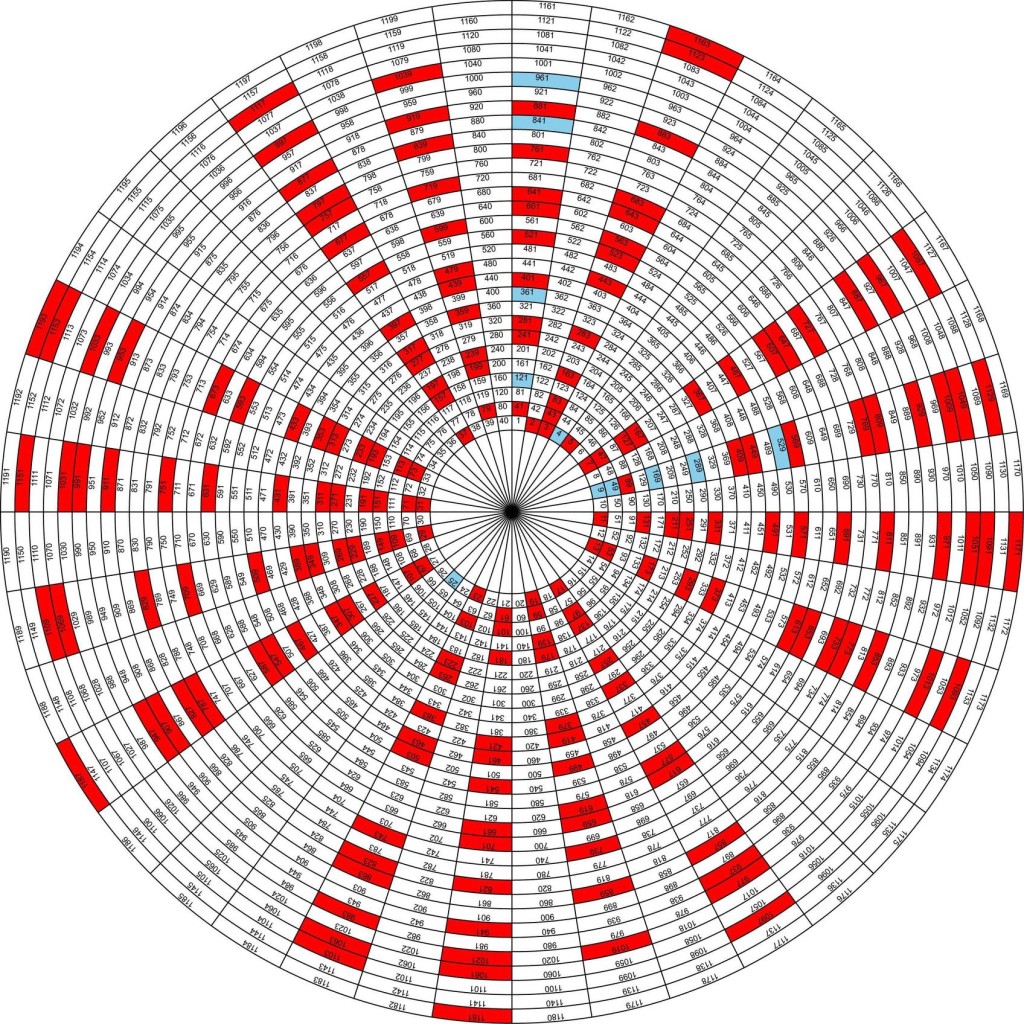 The concept of prime and composites isn’t new. The Egyptian mathematicians had used them vigorously in the Rhind Papyrus. A later existing record can be found from proposition 14 of book IX of Euclid’s Elements where the results were recorded as the Fundamental Theorem of Arithmetic. The theory states that every integer greater than 1 can be represented as the product of primes in a unique way, except for the order of prime factors. As an example, if we write down all the prime factors of 13260, we will find it to be 2x2x3x5x13x17. Later on, Euclid explained that an even perfect number (a positive integer which is equal to the sum of its proper positive divisors) can be represented in the form of a Mersenne prime, a type of prime number which I shall discuss later. Another Swiss mathematical genius, Leonhard Euler noticed that the series ½+1/3+1/5+1/7+1/11+1/13… is a divergent series, where the denominators are the first n primes.

After some initial random guesses, primes appeared in a most mystifying pattern whose end isn’t in sight. Many mathematicians appreciated their complex beauty and some of them had intently tried to hunt down the elusive’ prime’ mirage. Unfortunately, whether there are infinitely many pairs of twin primes (number of pairs of odd and immediate odd numbers who are primes) is still an unanswered question. For e.g. 11, 13 and 17, 19. Till now super computers have managed to find 152891 pairs of twin primes scattered before 3,0000000 and 20 pairs between 10^12 and 10^12+1000.

Interestingly, as information on primes was collected and layered one over another, the nature of primes achieved attention. It has been noticed that these twin primes appear one after the other, sometimes with a very short gap, and with a large gap on other occasions. Imagine a runner and and an infinite track, with a search algorithm and the appearance of twin primes respectively. When the runner starts, he will find consecutive twin primes, but after a certain distance, he will only run without a hurdle, expecting that there are no occurrences of twin primes, but suddenly he will bump into one. Unfortunately, measuring the “sudden” activity is still under research and no concrete idea has been developed except different theories and corollaries.

In 1742, Christian Goldbach mentioned in a hypothesis regarding prime numbers that every even integer is actually the sum of prime numbers or 1. After generalization, it can be stated that every even integer, greater than 4 can be written as the sum of two prime numbers. This methodical approach emerged as a breakthrough algorithm in number theory. For example, take 28 and 30. These are even numbers which can be easily represented in the form of primes. 28 = 5 + 23 = 11 +17 and 30 = 7+23 = 11 +19 = 13+17 = 1+29.

Though the results match with the conjecture, modern computers were able to prove that the conjecture holds true till at least the first 4×10^4 numbers. Later, mathematicians G.H Hardy and Littlewoods tried to modify the theory and found that every extremely large number is the sum of three odd primes. As the time progressed, different conjectures appeared and significant data predicted arbitrary patterns such as the Sierpinski triangle sticking to each other or appearing independently in the prime number distribution.

In 1922, Professor Hardy and Littlewoods asked whether there are infinitely many primes that can be represented in the form of n^2+1 where n is a positive integer. The closest answer to that question was discovered in 1978 which states that there are infinitely many values for n for which n^2+1 is either a prime or is the product of just two primes. All such voluminous results only reframe the question with which we actually started our journey i.e. how the primes are distributed. Hopefully, irrespective of whether mathematical puzzle will be solved or not, we ought to enjoy the infinite dream of randomness.

Around the year 1970, prime numbers were for the first time comprehensively studied in the domain of security systems and public key cryptography. Digital systems were developing at lightning speed and with them came new loop holes. If we only examine the use of primes in cryptography, we will witness one of the most famous secure data transmitting systems – the RSA algorithm, which was developed on the foundation of primes, where two very large prime numbers were kept as a secret and were used as a key. This hunt for finding very large number stimulated the outside world by which their start-up was built.

Mersenne primes are a special class of prime numbers which can be expressed in the form 2^n -1, where n is an integer. On the 7th of January 2016, Curtis Cooper who is a volunteer of the Great Internet Mersenne Prime Search (GIMPS) at the University of Central Missouri discovered the largest prime number which is 2^ 74207281 -1. The number is commonly referred to as M74207281. This number boasts a mind boggling 22,338,618 digits.  As of now, all 11 largest prime numbers are all Mersenne. The primality test took a month’s time using an Intel I7- 4790 CPU and a free downloadable program designed by GIMPS.

Prime numbers are an intriguing subject, that has not only provided immense applications in cryptography and security systems but has also played a significant role in the advancement of pure mathematics and especially number theory. What makes the subject of numbers and their distribution unique, is the ability for them to arouse interest among both laymen and mathematicians alike. The study of prime numbers is not a new thing and we can safely assert that the ‘magic’ weaved by them will continue to enchant us for years to come.