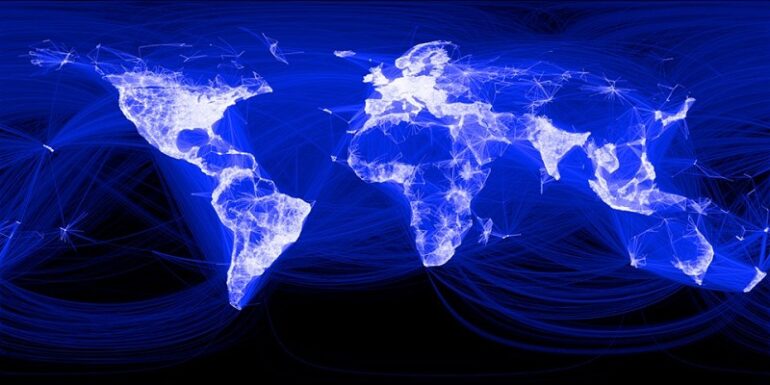 Ever felt someone watching you from behind? Ever experienced gut feelings so strong they end up coming true? Can we perceive the future before it actually happens?

Most researchers term this feeling or pre-knowledge of an occurrence as the ‘Sixth Sense’. Premonition, they call it. In order to better elucidate the concept, it is necessary to delve into the depths of the mind, and try to better understand a mystery that has only just begun to baffle us all.

The key point to understanding the sixth sense is to first understand more about the conscious and subconscious mind.

The Concept of Consciousness

Anything that happens around us triggers waves of activity through the nerve cells. We call this a ‘thought’. Our awareness is basically a set of nerve impulses. Our brain is highly efficient, supposedly even able to sense things that we are seemingly unaware of. This happens on a subconscious level, whereas the perception by our five sensory organs usually happens on a conscious level. This subconscious perception is thought to be the basis for the existence of a sixth sense. Inspired by this idea, Beatrice de Gelder of the University of Tilburg, with her team determined that deeply rooted subconscious sensory systems in the deeper, unexplored layers of the brain respond to emotionally loaded stimuli better than non-emotional stimuli in previously unseen ways.

In 1998, Roger Nelson combined the idea of a thought as electrical activity and the power of numbers, to start what is today the ‘global consciousness project’. He believed that thoughts have a way of travelling beyond the confines of the mind. So he placed Random Number Generators (RNG) at several parts in the world, devices that generate random number sequences. He noticed that a strong enough single thought could affect the numbers that the RNG generated. Thus, if a significantly large population felt the same way about a certain event, it would likely influence the numbers on the RGN in that area and prove the existence of a single collective consciousness that spans the globe. While his research has been doubted and criticised, especially due to outcomes that were unsatisfactory, there have been a few incidents that have nudged this project forward. These included the September 11th 2001 catastrophe, the funeral of Mother Teresa, and more.

For example, in the data collected for the time just before, during, and after the televised funeral of Princess Diana, researchers looked for fluctuations of the order of the RNG outputs. The cumulative odds against chance for the random data collected before, during, and after the funeral was then calculated. According to Nelson, for Princess Diana’s televised funeral:

“…results compounded across twelve independent recordings at various locations in Europe and the United States showed an anomalous effect that would occur by chance only about once in 100 repetitions of this experiment (p = 0.013), as displayed in a graph of the deviation accumulated across all the datasets.” 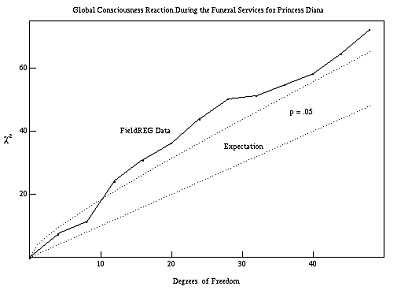 Accepting the Idea of a Cosmic Consciousness

The concept of a Global Consciousness has received more skepticism than approval on a worldwide basis, more often than not due to lack of the substantial proof and physically quantifiable evidences that modern science demands today. Nevertheless, several people around the world have attempted to explain how a global consciousness could exist.

Biologist Rupert Sheldrake believes that there exists an invisible ‘morphic field’, a field that brings about organisation of living beings. He believes that fields are inherently integrative and thus, extend beyond our brains to link us to one another. However, Michael Persinger of the Laurentian University, Canada, provided primitive evidence of the connection between the Earth’s magnetic field and a collective consciousness, by a simple and effective experiment of his own design.

Some researchers even claim that evolution, quantum mechanics and the advanced wave solution could offer insight into this mystery that is the global consciousness.

Science is objective, the consciousness subjective. This is probably the biggest reason why people aren’t ready to accept the idea of global consciousness. However, we tend to process a lot more information on a continuous basis than we are even aware of. So, while cosmic consciousness is regarded as an idea that may never be provable, it is scientifically, entirely possible.

For more information on the existence of a Sixth Sense/Global Consciousness, do click on the link below: