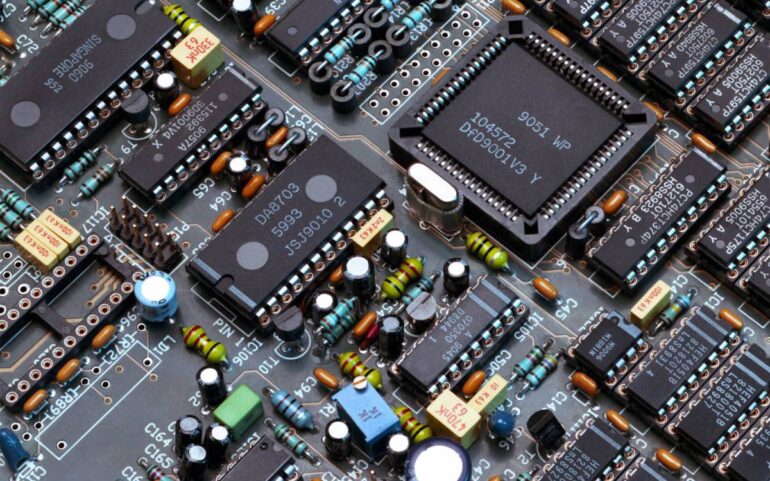 Next generation consumers have always offered an affirmative response to adaptability and when it comes to proving its very existence, 21st century spin-offs manage to push their limits beyond imagination, transcending one platform or base from a primitive state to a superlative one. Agglomerating innovation and service, the Taiwan based technology giant, Transcend recently caught our attention with its industrial-grade SuperMLC UHS-l Speed Class 1 (U1) microSD cards. The press release confirmed its official debut on 10th May, 2016. Transcend Information Inc. has released the corresponding datasheets and a comparison chart on the same day which shows the company’s vital intelligence in its latest state-of-the-art micro-scale non-volatile memory chip.

When planning to invest in a new storage system, why should you choose SuperMLC? We are yet to figure that out, so for the time being let’s come to the point with a short introduction collecting significant intel about SDs. There are basically two types of solid-state flash memory devices, coming in two different modes. One the Single Level Cell, it only depends on a single cell to encode 1 bit of digital data whereas in Multi Level Cell, going one step forward can process data bits comparable to four digital states. Now, as we can derive, arguably no man-made thing gives the perfect result and an error is always a constant term appearing with the output, it becomes very difficult to put one over the other.

The single Level Cell is comparatively costlier but can sustain 10 times more than a MLC device, however MLC had become rather a familiar choice due to its availability and cheap price. Consumer electronics rather focused on modulating and altering a MLC so that it could get
rid of its disadvantages and wear a cloak that almost mimics a SLC system. So, ultimately interdependency and amalgamation fused together to create ultra-modern devices that not only withstand more than its normal capacity and can also be produced at a lesser price than usual.

The new SuperMLC encompasses an inspiring technology which is reportedly the most perfect blend of the aforementioned parental devices. Complementing the name first, we can easily determine its reason for coming into existence by simply cutting the word into two halves. As
the name suggests, It’s Super + MLC = S. + MLC. If we try to be more critical, we can predict with a gross error, that it is a hybrid MLC device, smart enough to emulate nearly a SLC device. At least performance wise, it overpowers any of its gene-pool outcomes.

The SuperMLC is a unique cost effective cutting edge technology that works similar to SLC NAND Flash chips in terms of performance, endurance and temperature tolerance (Tolerance range: -40 degree C to 85 degree C), which positively supplies evidences for its usability in
extreme environments and heat dissipative instruments. Talking about performance; engineers at Transcends have evolved a system out of the SLC and MLC partnership that inherited a 1 bit per cell working structure from SLC. This integration has largely scaled up the device, providing
a maximum of 95MB/s writing speed, being twice as fast as contemporary MLC devices. Although, the overall capacity is reduced, SuperMLC could be the most effective one while supporting economical gain coupled with dual degree performance.

The device ensures tremendous endurance and features a reliable system capable of flaunting a range of operational modes. The temperature range, suitable for this device may vary from -40 degree centigrade to -85 degree centigrade. SuperMLCs show an exceptional fault-tolerance
level that comes embedded with its hardware design, which in turn supports 30,000 times of Performance/Erase cycles before it collapses. While a general MLC component is programmed to give only 3,000 times P/E only, a 10x multiplication could be a valid point reason for opting for it.

Additionally, the SuperMLC comes with a built in Advanced Error Correcting Code (ECC) and a Self-Monitoring, Analysis and Reporting Technology (S.M.A.R.T.) monitoring system that ensures a reliable data transfer feature along with a master device software. Also, it includes a
list of premium quality snippets comprising of self-monitoring systems enforcing the optimum encryption quality and protection. Such hi-tech feature cumulatively pronounces it to be an apt choice for industry orientated applications, prevalently in medical device, surveillance
systems and POS terminals.

From the exterior, the mini electronic beast comes in a black standard size pack and is presently available in 4GB, 8GB, 16GB and 32 GB variants. Most importantly, SuperMLC offers a 2 year limited warranty which could be added to the long list of Unique Selling Proposition elements of the product.

With a cost effective budget, the device could be easily grabbed and used as your requirement. Though these particulars have prospective use in industry oriented applications, no restrictions have been imposed on light usage such as camera memory cards or cell phone memory cards. These factors are all instrumental in giving a go ahead to this certain design. If you are still looking for a memory device and each option is leading you to a longer list of cons than pros, a tiny SuperMLC could be just the right most choice.