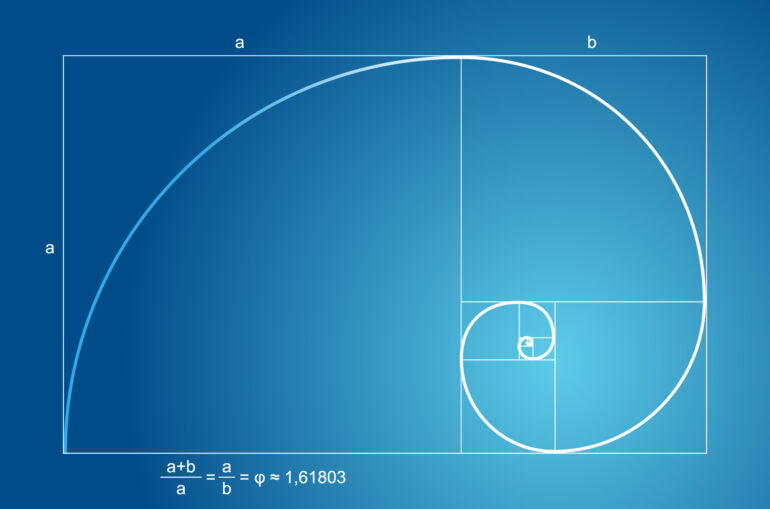 Fans of Dan Brown must have heard about the Golden Ratio or what is called the Divine Proportion. A special ratio, sometimes termed as the Golden Number, Golden Section, or Divine Section due to its acclaimed recurrence in nature. This mysterious ratio has an irrational value , beginning with 1.618…represented with the symbol ɸ. The number is believed to be a magical number not just by mathematicians, but also by sculptors, artists, architects, etc. It remains one of the most famous numbers to ever exist.

The Golden Ratio was first defined by Euclid in the 3rd Century BC as “the single ratio that divides a segment into a larger segment and a smaller segment such that the ratio between the whole segment to the larger segment is equal to the ratio between the larger segment and the smaller segment”. The value obtained is an irrational number – ‘(1+√5)/2’, which is calculated to be ‘1.618033988…∞’ or simply ‘1.618’, represented by ɸ. This number is considered to have a hidden meaning which has some sort of magical properties. Some believe it to be a signature of unity by a single creator.

The Story Behind The Golden Ratio

We do not exactly know when and by whom the Golden Ratio was first discovered. The earliest known use of the ratio was by Phidias during 4th Century BC for the construction of Parthenon statues. Plato (427-347 BC), in his Timaeus, mentions how the ratio is the most binding of all mathematical relationships. Later, Euclid gave a definition of this ratio and incorporated it with geometrical figures like pentagrams in his Euclid’s Elements. During the renaissance, this ratio was rediscovered and widely used by artist, sculptors and mathematicians including Johannes Kepler, Leonardo Da Vinci and a few more. Luca Pacioli (1445–1517) coined the term “Divine Proportion” for it.

After the discovery of Fibonacci series during the 13th Century, it was found that the ratio of consecutive Fibonacci numbers approaches the Golden Ratio. Mark Barr in the 20th Century suggested the symbol ɸ (Phi), after Phidias, to represent the Golden Ratio. Another recent appearance of the Golden Ratio is in the work on Penrose Tiling done by Roger Penrose and also on quasicrystals. 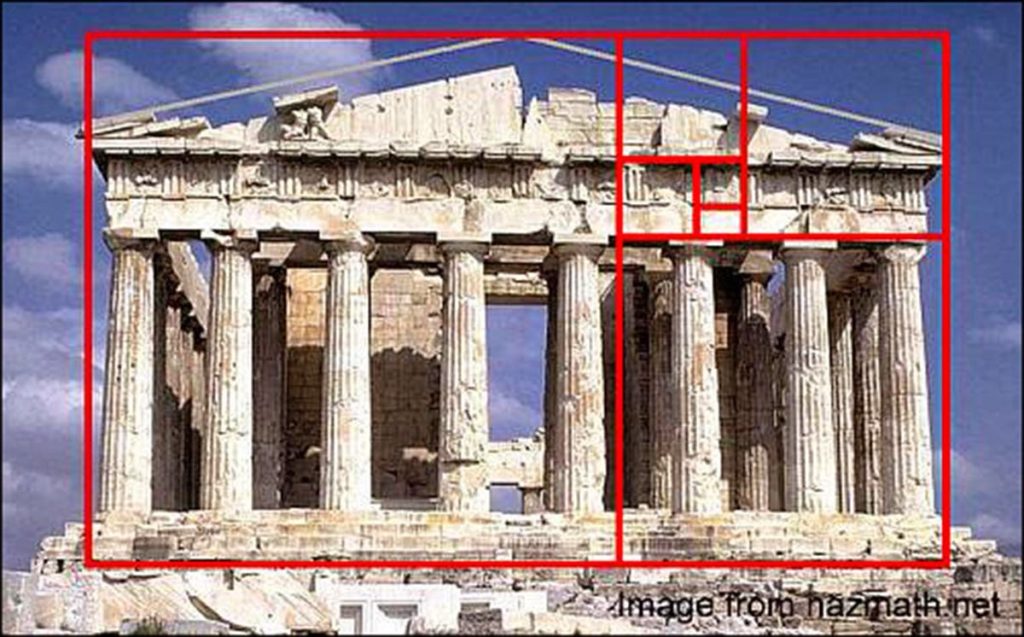 Many people believe that nature prefers this particular ratio in its design. During the 19th Century, Gustav Theodor Fechner, a German psychologist, popularized the claim that objects with Golden Ratio are more pleasing to the eye. There are several claims of the Golden Ratio being integrated in natural objects like the shell of Nautilus, the flower arrangement of plants, spiral pattern of galaxies and hurricanes, human body, geometry of crystals and many more. Several researchers have even proposed relations between the Golden Ratio and DNA. Beside natural designs, the Golden Ratio is believed to have been widely used in arts and architectures since the past.

Several of Leonardo da Vinci’s works like Vitruvian Man, Mona Lisa and The Last Supper are supposedly integrated with the Golden Ratio. The UN headquarters building is also claimed to have been designed by Le Corbusier based on the Golden Ratio. The list goes on and on as new findings and evidences arise. Some people alleged that the universe chose this ratio as a constant signature. Is it really?

All you need to know about Facebook’s Libra Coin – Infographic

The Truth behind the Story

It is of no doubt that we have some evidence of natural objects are integrated with the Golden Ratio. However scientific analyses have shown that not all of the claims about the Golden Ratio are true – not all the claimed natural objects have the ratio embedded in their design. For instance, Clement Falbo, an American mathematician, analyzed the shells of Nautilus and found that it shows a logarithmic spiral and not a Golden Spiral which is based on Golden Ratio. The same rule applies to the spiral galaxies as well as the arms of hurricanes. “Strictly speaking, it’s impossible for anything in the real-world to fall into the golden ratio, because it’s an irrational number,” says Keith Devlin, a professor of mathematics at Stanford University.

On the contrary, it may be surprising to mention that several studies – including that of Dr. Stephen Marquardt, a maxillofacial surgeon – have shown that the human face reflects Golden Ratios in its proportion. Faces with more proportion of the Golden Ratio are often considered a more perfect face. The arrangement of leaves as well as petals about the stem of a plant follows a pattern related by Fibonacci series which shows its relationship with Golden Ratio. So, we can’t deny the fact that ɸ is one special ratio.

It could be that ɸ is, indeed, a number that carries a divine touch. It could also be just that all of it is merely due to the tendency of man to identify pointless patterns in the random universe.