Story telling is an art that has been a part of the human civilization since its commencement. Stories and narratives remain amongst the most effective ways of conveying ideas and entertaining. The art of telling stories has evolved over the years and currently stands at a pedestal where stories are being created in the form of images, blogs, videos and audio forms. A visual stimulus tends to have maximum impact on our minds. The craft of creating videos and depicting stories therefore, is the most convincing procedure to put a point across. Movies, documentaries and short films have a worldwide viewership catering to an audience across all social, creative and physical fragments. Animated movies as oft-discussed are appreciated not only for the craft but also the comfort of entertainment they provide in the simplest way possible.

The secret of Pixar’s story telling

What goes behind creating characters like Wall-E, Casper and the exquisitely detailed surfaces of Ratatouille is a mélange of art, science, mathematics and limitless imagination. Pixar Animation Studios, the computer animation film studio based in California has mastered the art of creating animated characters that the audience not only loves watching on screen, but also creates an interesting air of popularity around these characters in the form of merchandise and societies of coteries.  With a league of movies like the Toy Story series, The Incredibles, Wall-E and Finding Nemo, Pixar has created a niche for itself in the world of animated movies.

Pixar, with its ‘Where story is king’ motto, stands true to it by fusing technology and science with art to create mesmerising elements which build up and come together as a scene that is engraved onto our memories, leaving us smiling ear to ear. Pixar as an organization has believed in mathematics as an important element in the world of animated movies. The president of Pixar is a computer scientist and had a perspicacious idea of using computer graphics to develop thoughtful stories with groundbreaking animations. Tony DeRose, who leads the Research department at Pixar says that he was widely interested in Math always and the idea of leveraging its power to tell compelling tales was the catalyst to his decision of quitting a tenured position in the University of Washington to join Pixar. Applied mathematical tools like trigonometry, Euclidean and affine geometry, calculus, linear algebra and numerical analysis are some of the most popular models used in the animation industry in the current age. Owing to the developing technologies, he foresees implementation of better and novel concepts of mathematics being intertwined with pure art. 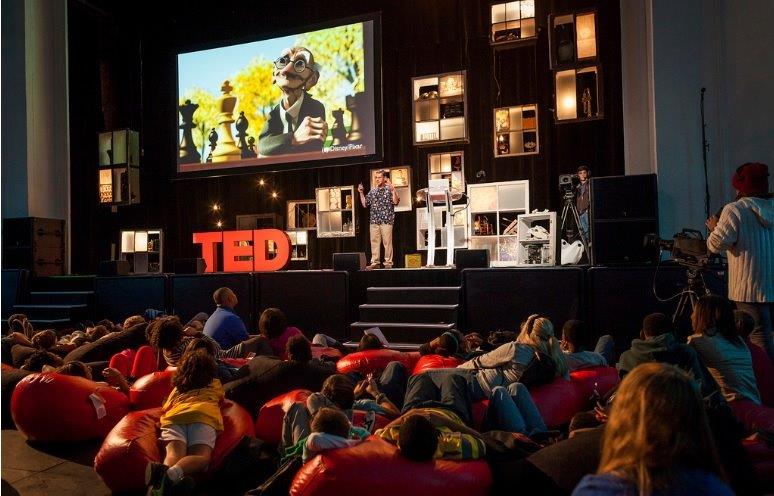 People in the organization have profound love for computer graphics. Danielle Feinberg, the director of photography with Pixar talks about how lighting and its elements are another crucial element of animated movies. In her Ted Talk session titled, ‘The magic ingredient that brings Pixar movies to life’, she shows how the design of the character Wall-E was achieved by using different concepts of optical physics and light. The binoculars of the robot which had to be personified was initially an optically perfect design with triple layered optical lenses viz. flat lenses, convex and concave lenses.

This made the robot look not only too mechanical but also removed the scope of expressions and emotions as the character had no other physical feature or voice that could provide a human-like element to the otherwise mechanical character. To achieve the optimum appearance of the lenses so that they appeared like ‘eyes’, lighting was used at the right angle and in an optimum magnitude which made the ‘eyes’ look more real. Such is the magic of using science, technology and mathematics in letting lenses emote. 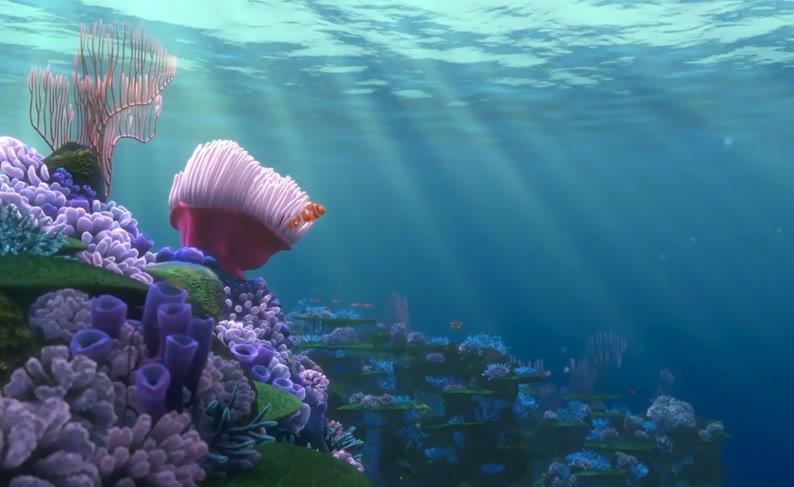 Light also plays a massive role in describing fine details in underwater scenes. In Finding Nemo, light was the only element used to show underwater currents and rays of lights that dispersed till the bed of the sea. The intricate details are crafted using a very fundamental concepts called Global Illumination where in for a pair of points ‘x’ and ‘y’, the amount of light traversing from one point to the other is estimated keeping in mind various factors like time of the day, orientation of the points, geographical surfaces and  colours to name a few. This calculation is reiterated for every pair of points in the environment using integral calculus. 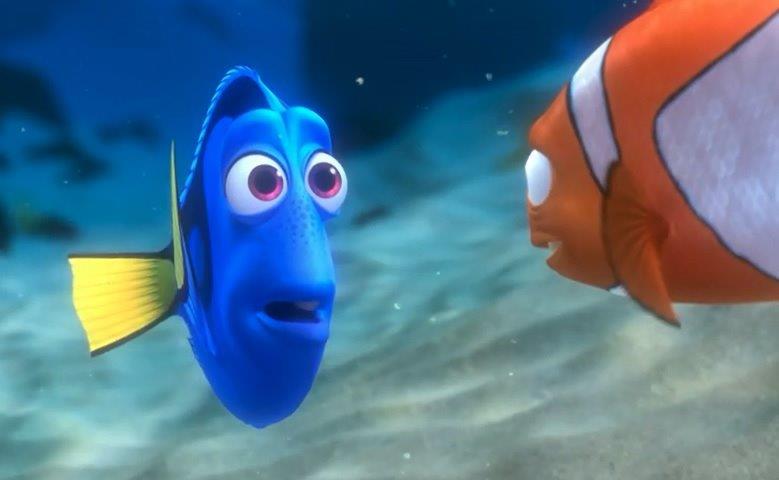 Mathematics is not only used to enhance the appearance of the environment or the characters but also in the creation of these characters. Pixar is known across continents for their technical, creative and production capabilities in the art of computer animation and this can be attributed to the skill and thought invested by them in designing the minutest details in a scene. Each scene in an animated movie is a product of a seven-step long and complex process. The seven steps viz. story/art, modeling, shading, layout/set dressing, animation, effects, lighting, and rendering cover a range of concepts from story boarding to assembling scenes into a continuous movie. The story is created in the form of flash cards, textual scripts and images which is then modelled by creating characters and scenes. Sculptors and artists take days to sketch characters and environments corresponding to the scenes.

‘The Interview’ arrives on Sony DADC 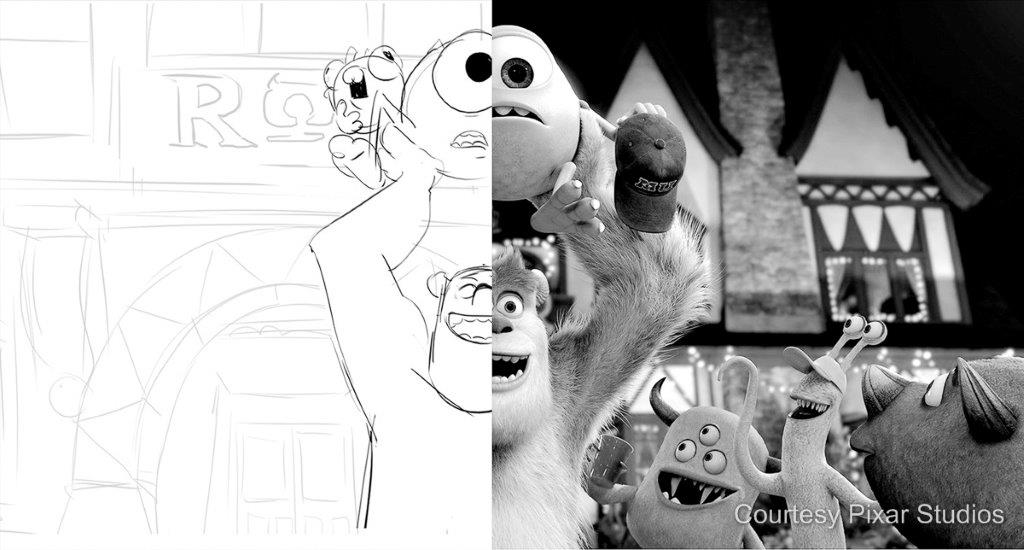 These sculptures and designs are then digitized by scanning the 3D models along a X-Y-Z coordinate system. Since these are 3D models, they can be rotated and viewed from any angle. This is where the concepts of subdivision surfaces like vector and tensor design are used to represent complex surfaces and complicated shapes efficiently on a computer, while maintaining an illusion of smoothness. Using a simple split-and-average process, these shapes can be animated into dynamic figures. What appeals to the eye in the design of those incredibly well-articulated cars in the movie ‘Cars’, is the application of complicated differential equations and coordinate geometry! Post animating the scenes and models, colours, textures and lights are played around with to get to that one magical moment where all these computerized elements come together to seem realistic. These finished scenes are then rendered into a transitional reel of continuous frames which we as an audience enjoy as a movie. 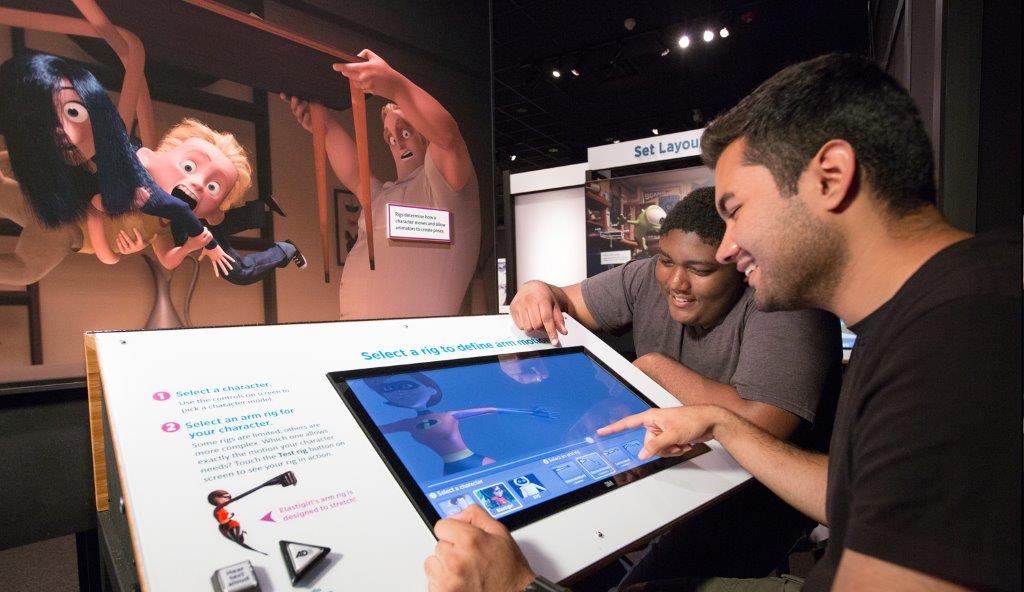 The lesser known mathematical wizards at Pixar are perhaps the best examples of how some of the most intriguing concepts of arithmetic, geometric and theoretical math can be transformed into the most liked tales around the world. This organization symbolizes a perfect amalgamation of scientists, artists and thinkers and is testified by this quote by the co-founder of Pixar.

“From the beginning, I kept saying it’s not the technology that’s going to entertain audiences, it’s the story. When you go and see a really great live-action film, you don’t walk out and say ‘that new Panavision camera was staggering, it made the film so good’. The computer is a tool, and it’s in the service of the story.” —John Lasseter, co-founder of Pixar