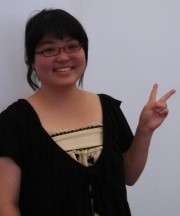 Meet Rachel Law, a 25-year-old graduate student, who has created a game that can literally create havoc on the online advertisement industry if released into the wild.

Her creation, called “Vortex,” is a browser extension that’s part game, part ad-targeting disrupter that helps people turn their user profiles and the browsing information into alternate fake identities that have nothing to do with reality. People who use the browser tool, which works with Firefox and Chrome, effectively confuse the technologies that categorize web audiences into likely running shoe buyers, in-market auto buyers, or moms interested in cooking and football.

“It’s a way of masking your identity across networks,” said Ms. Law. It’s a bit like the ad blocker extensions of yore, except it scrambles information to trick ad targeters, all in service of an addictive game deemed “Site Miner,” which allows players to fish for cookies visualized as sea creatures. Players can gobble up cookies Pac-Man style, creating a pool of profile information that has nothing to do with their actual web behaviour.

The Vortex system will build a database of cookies gathered by players. Cookies are little pieces of software left by web sites on web browsers that hold information telling advertisers what type of consumers’ people are and how to target them. Part of the goal is to understand how ad targeting algorithms peg people in specific audience segments. That’s why it needs critical mass, because only when enough people are playing can we start seeing patterns in what kind of cookies or attribute-identifiers companies look for and discriminate with.

Vortex isn’t available publicly or even in a closed beta form, so it’s unclear what impact it could have if released into the wild. Ms. Law plans to launch the Site Miner component — the cookie Eating game — as an open source technology by the end of September. Her aim is to help people understand what cookies and metadata are, and potentially prevent users from falling prey to data-driven targeting that serves up higher prices for products or airline tickets to some people depending on information such as the average household income level associated with their geographic location. Though they can change their location data, the system automatically labels users as residents of Narnia, the fantastical realm created by C.S. Lewis. Vortex has security holes that could be exploited by nefarious actors, which is one reason Ms. Law refuses to release the full platform. A hacker could create a profile that expires, allowing him to run a distributed attack via that one profile which — to put it in espionage terms — self-destructs before law enforcement can track it down.

Thus in a way it also supports the concept of the DuckDuckGo. DuckDuckGo is a search engine, which has been promoting this issue. For more information about your privacy and to get rid of the third party ads visit http://www.donttrack.us