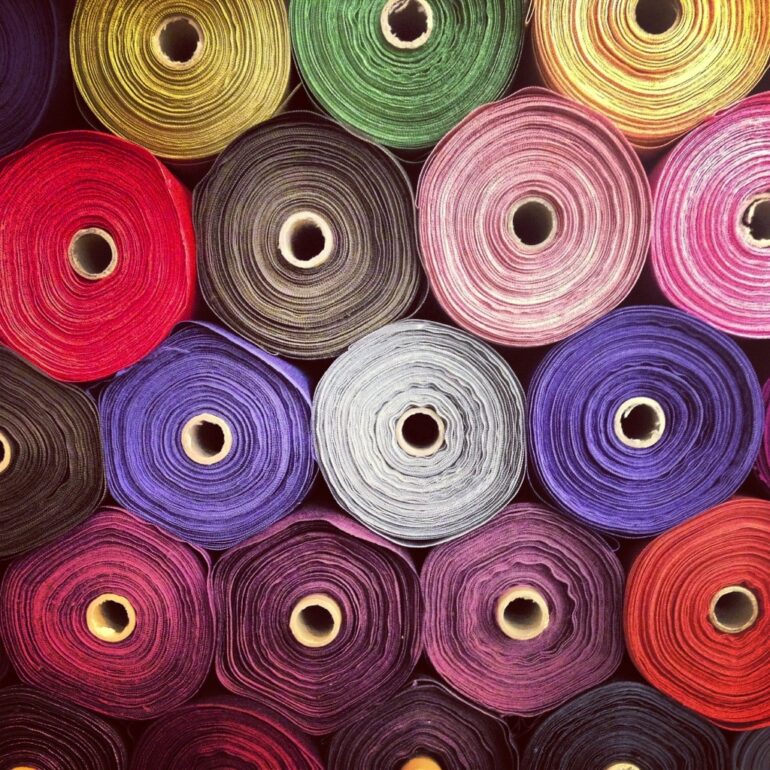 Fashion and clothing evolve by the passing hour. With dynamic market needs growing at a high pace, integrating technology with the aesthetics of the industry becomes inevitable. Smart textile innovations have opened up multiple avenues and opportunities, the most recent intriguing one being around fabric that can mend itself. Yes – imagine not having to stash up an emergency sewing kit, safety pins or glue to cover that unsolicited tear up.

This concept of a self-healing fabric has been inspired by automatic repairing technology exhibited by many other synthetic and natural materials. Like plastic, ceramic and even metal, self healing fabric can be based on a lot of scientific research and advanced technologies. The underlying design of a technology responsible for mending cuts and slashes is based on reversible cross-link aided by nanotechnology that renders healing agents and precocious technologies like shape memory effect, electro hydrodynamics, nano-particle migration and co-deposition to produce a homogeneous-looking surface. 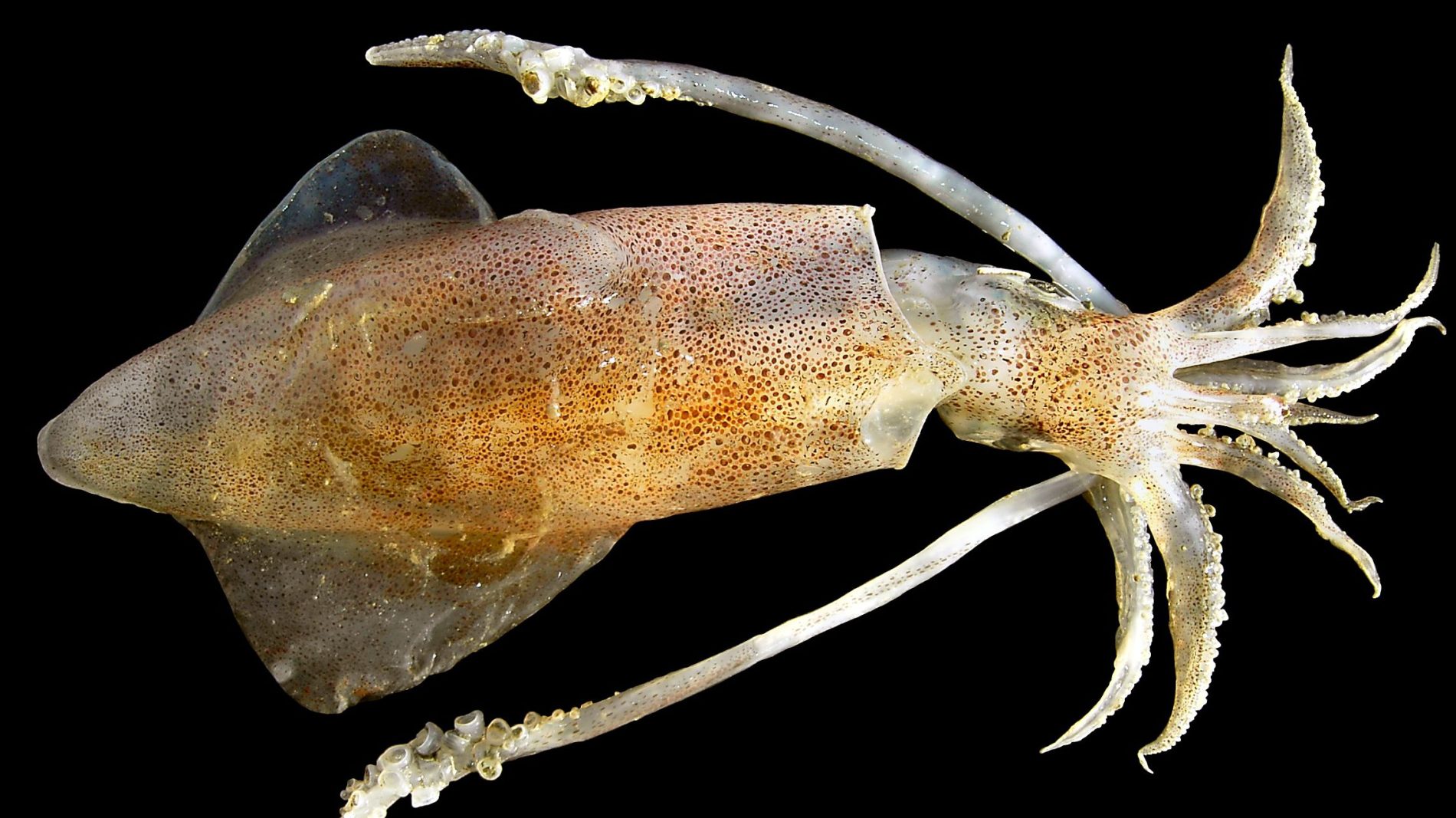 Researchers at the Penn State’s Huck Institutes of Life Science announced this August that they created a fabric capable of healing itself. They added that the textile’s composition can be tailored to meet the requirements of the specific environment in which a tear is likely to occur. About a year ago, the team had made an announcement about the genetic code behind the self-healing proteins in squid ring teeth which can change phases from liquid to solid in presence of water. Squid ring teeth proteins have a unique structure with flexible and rigid segments. These proteins have components that reorient themselves and form strong molecular bonds when they come in contact of water. These bonds hold up when dried, thus working like an adhesive and eliminating any risk of cracking. This process of natural coating has been replicated in films that can be used to develop the self-repairing fabric. This development was, in turn tested for self-repairing properties on a rubber-like material which when cut through, could heal itself in the presence of water at 113 Fahrenheit. The team however, initially thought the application would be limited to materials that would either be immersed in water or composed of it. This notion was however disproved when they realized they could design clothing that would mend itself by tweaking the temperature of any regular washing machine.

Professor Melik C. Demirel explained the process of the coating technology, saying it is actually simple and cost-effective. A ‘natural fiber’ is dipped in a micron-thin layer of the self-healing coating with water to produce a self-healing fabric. The technology can be scaled up at a very low-cost to mass produce garments made of self-healing fabric. As of now the researchers are dipping the entire garment in a series of liquids to create a film so thin, that it is not tangible to the sense of touch. Developments are being made to coat each strand of fiber to give more flexibility to the garment makers.

The status quo of the innovation is at a point in the laboratories where prototypes are being rolled out and tested rapidly. The most common technology uses the plastic material polyurethane, which when applied in the liquid state to the surface of the textile, eventually hardens. The coating is created by adding micro-capsules that are glue-like substances of the healing agent to liquid polyurethane. Hence when there is a tear in the coating, the capsules burst in the area that is damaged and disperse the sealant. The sealant hardens when it comes in contact with the air and water, thus creating a resilient bond with the textile. The experiments in the laboratory have produced positive results but  a few obstacles that needs to be crossed before the product is commercially available in the markets. 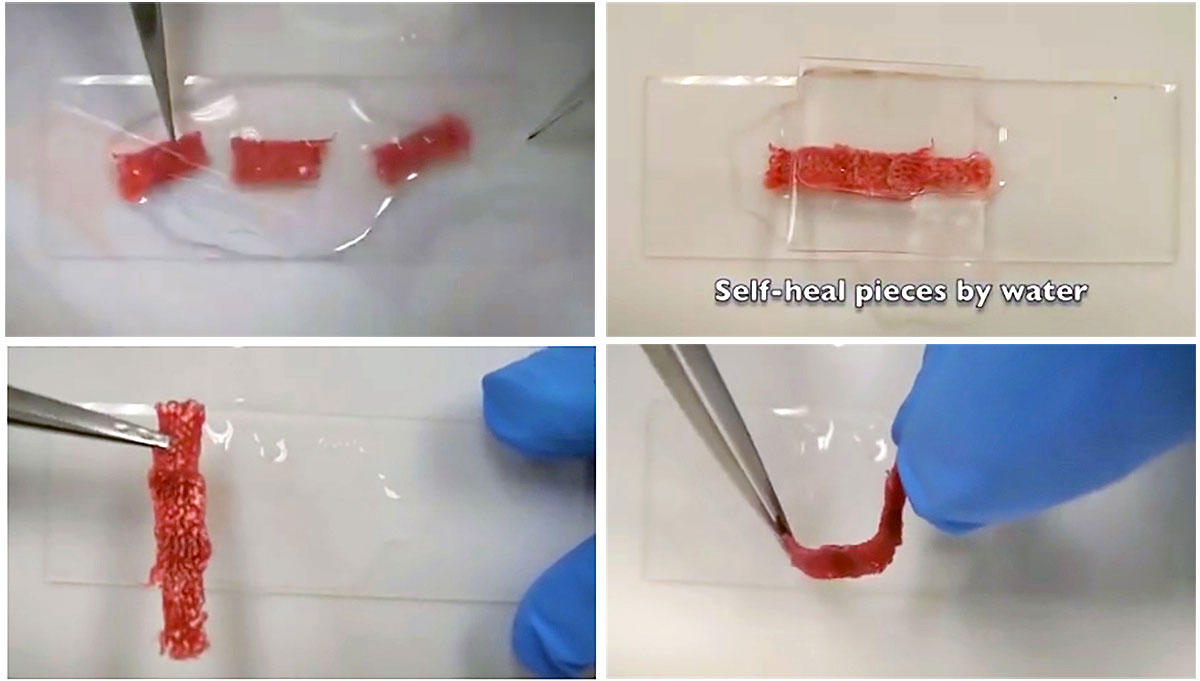 The application of this recent advancement in the textile industry is not limited to manufacturing clothes that can patch up tears themselves. The team of researchers took the self-healing technology one step further and added enzymes that can neutralize chemicals like pesticides. This would find use in case of garments for mine workers, farmers and industrial workers where the enzymes could break down toxic chemicals before they reach the skin, thus protecting the garment wearers. The researchers have used unease for the prototype. The enzyme is capable of breaking urea into less toxic compounds like ammonia and carbon dioxide.

For manufacturing and industrial environments where hazardous chemicals are inevitable, such clothing coated with the specific enzyme combination could protect one against accidental chemical releases. Use of these coatings in medical meshes could also help patients minimize infections, thus facilitating quick recovery. Since the US Army and Navy both helped fund the research, there is room for application of self-healing garments in the defense industry as well. The innovation has the potential to protect servicemen and women against nerve agents and chemical weapons.

Though the technology is not commercially available, but we can foresee a revolution in the textile industry with  implementation of this technology in the commercial space. Fret not! You will soon be able to store you favorite pair of jeans a little longer.