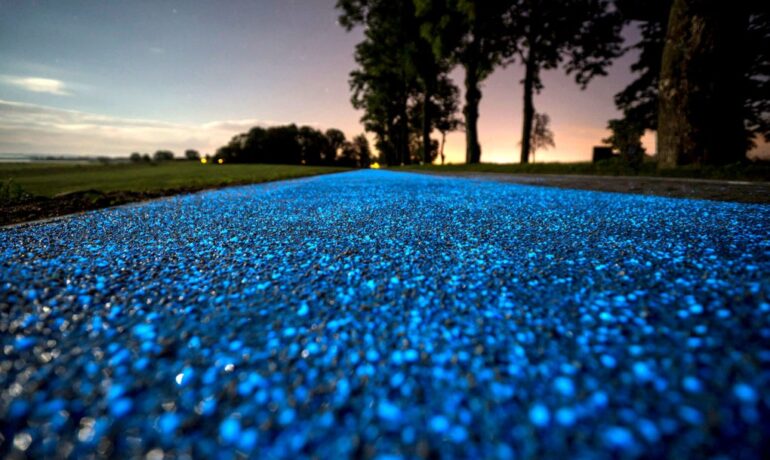 The bike is usually the first machine we got on to using for personal transport in our lives. Two wheeled, with a handle to manoeuvres, and perhaps a bell too – it’s how plenty of us get around during our teens. Grown up, our vehicles graduate into two wheelers with engines instead of peddles to get them moving. However, there is a market of people who would still prefer the peddle powered ‘bikes’ to the motorised ones.

Bikers are a common sight today, especially in China and the West. Peddling on the road, cutting through traffic, dressed in their gloves and head gear. They don’t harm anybody on the road, although they are a menace sometimes as they can’t go fast; this sometimes lands them in accidents, especially in nights.

There’s been a rise in bike riders, owing to environmental concerns, and the health benefits it offers. But there are some issues with bike usage that are in need of innovative solutions if they are to go mainstream. People can’t ride their bikes in the night. Poorly lit regions along with lack of proper lighting equipment on bikes has rendered nighttime riding a tad bit risky. But this may be about to change. 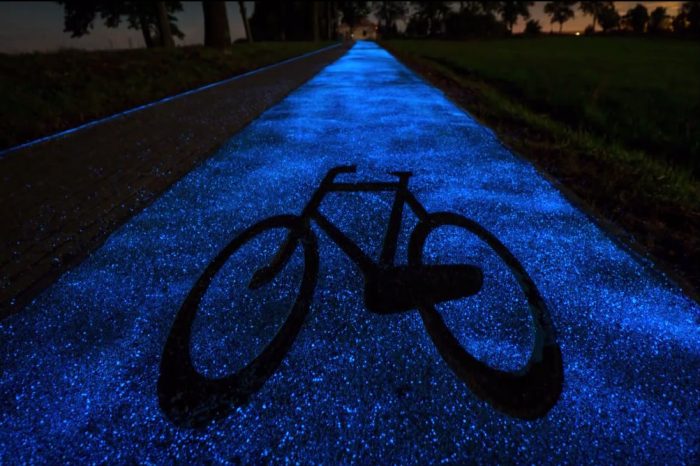 Poland has found a way to light up its roads. TPA Instytut Badań Technicznych (technical research institute), an engineering firm, has lit up Lidzbark Warminski in the north of Poland with a luminous blue biking strip. The whole pathway is lit, owing to the luminescent properties in the asphalt present in the strip. The luminophores attract and store the sunlight during the day and give out light for around 10 hours during the night. Although this is all just in the experimental phase, they are studying its durability throughout different seasons, climatic conditions, and the environment. A success here could pave the way to more possibilities. 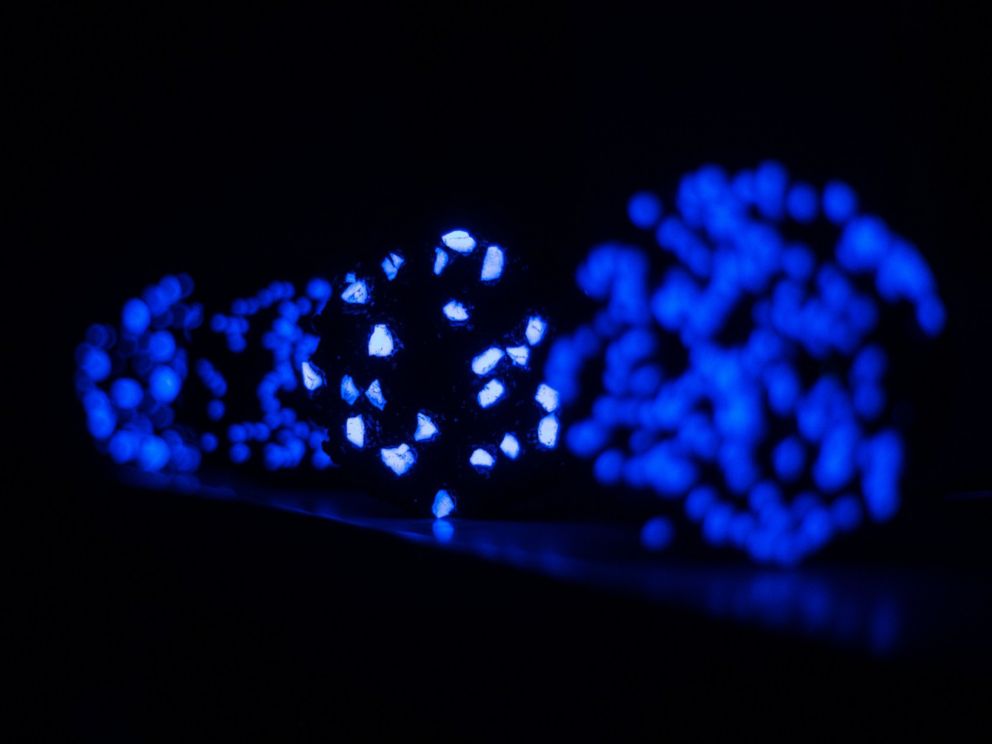 Inspiration for the Experiment

This whole concept of lighting up the road was however initially accomplished by Netherland’s Studio Roosegaarde. The theory is similar but the technology used in both the experiment is different from each other. The Dutch used LED’s while the Polish are using asphalt and is dependent on solar power.

Experiment or not, we’re going to hope this trial turns out successful. It’s obviously much more safer, and it happens to look aesthetically pleasing too. What’s not to love?