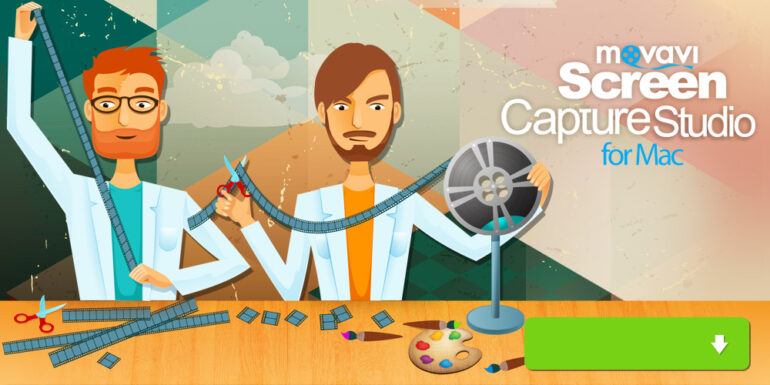 Do you want to record the sounds that are coming from your Mac that you’re listening to using your speakers? Needless to say if you were able to record that you could save any music that you happened across and liked, or record the audio from Skype calls, or even save part of a game or movie soundtrack.

Assuming you’re interested in something like that then the one thing you need is Movavi Screen Capture Studio for Mac. Despite the fact that its name suggests that it is a software for recording your screen (which it is), it also can be used to record any audio that comes from your Mac – since it also features the Movavi Sound Grabber built in.

To set up Movavi Screen Capture Studio for Mac so that it is able to record audio on Mac all you need to do is:

It may be a good idea to utilize some of the editing features in Movavi Screen Capture Studio for Mac before you save the audio that you recorded. Although some of its features are oriented solely towards video and will let you enhance its quality, insert animated transitions, or add audio tracks to videos – others such as its ability to cut and join segments of video can be applied to audio as well.

Because of how user-friendly and intuitive Movavi Screen Capture Studio for Mac is, it won’t take you much more than a couple of minutes to figure out how its features work. Once you do you should have no problem not only recording sound from your Mac – but also tweaking it, and maybe even adding it to a video.