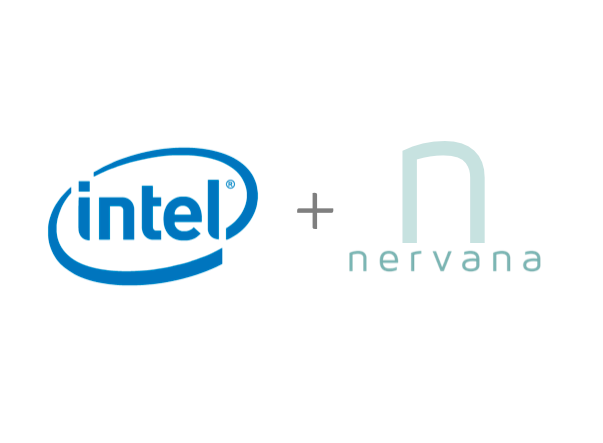 Disruptive changes are expected in 2017 in terms of computer architecture and data processing. The uprising demand for processors with titanic volumes of data crunching capacity, multiple processing has increased in the last 3 years. Intel has previously launched its machine learning based chips of the Xeon Phi family in 2013. The latest Intel Xeon Phi Processor 7250F (16GB, 1.40 GHz, 68 core), also known as the “Knight’s Landing” generation is being used in supercomputers for intricate high order computations.With Nvidia gaining edge over high graphical and deep learning with the Pascal GPU, Intel is also getting ready for a big revelation with deep learning based new generation silicon chips.

In August 2016, Intel acquired deep learning startup Nervana systems for $400 million. The startup developed deep learning engine and software (Neon) that can support the AVX-512 family of vector instructions. Now the question comes, why all the fuss about deep learning? Deep Learning is a set of combined algorithms that works on several layers in computer neural networks, the input and output of data takes places through multiple layers of analysis and processing. With deep learning image processing, graphical interaction, holographic 3D technology – all will be simplified.

Intel has planned to integrate deep learning layers in their future microprocessors. This will lead to an array of new hardware architectures. The Nervana chip, codenamed ‘Lake Crest’, will be ready for internal testing in 2017. Initially, the chips will be available for selective cloud based services. Moving ahead, they will be marketed to specific customers (generally industry based).

From a processing perspective, these deep learning and machine learning chips can be tough competition to Nvidia’s GPUs. Nvidia took the lead on deep learning technology for a few years now, while Intel lacked proper resources to go full speed ahead.  Though they have taken the lead in terms of deep learning R&D now by acquiring Nervana, Intel has gained strong ammunition to stand in the market.

The “Lake Crest” chip is being modelled on a 28 nanometer processor commodity which will be reduced to 16 nano-meters in its upcoming generations. It is claimed to operate 10 times faster than the conventional GPUs available in the market. The next generation will be named Knight Crest.

Taiwan Semiconductor Manufacturing Company (TSMW) was to do the manufacturing for the 16 nano-meter layout before Nervana was acquired. For production and development reasons, the processors may have 2 separate chips incorporating both Intel and Nervana technologies in the future.

The Xeon Phi generation will run separately and will create its awareness in the market as it is gaining popularity in high distributed computing systems. After Lake Crest is available in the market, the Knight Crest will be embedded with the best technologies of Nervana and Xeon processors.

Knights Mill, launching later in 2017, is part of the Xeon Phi family of processors. Its foundation lies in high performance computing. With the Nervana team, it will be designed specifically for deep learning with mixed precision capabilities (32- and 16-bit, maybe 8 bits too). The chip might set a new standard of 14 nanometer architecture. 10nm process modules are expected to be developed by 2020.

Tech giants like Google, Facebook, Tesla are working on AI based cloud systems that incorporate deep learning modules for giving future products unparalleled service. In that context, if the Lake Crest witness some success in the market, Intel will have a reign over building infrastructure for other tech companies. Intel and Google will be working on Kubernetes and TensorFlow, two popular open source systems. The new processors will also be tested live on these projects.

The big question ahead deals with how the industries will manage to use the new chips for their agile developments and yet make them cost effective from business perspective. Initial response by the market will tell. These chips are not ready for domestic machines yet given their high initial cost. They will be tested through various industry standards and parameters before trickling down to the mainstream consumer.