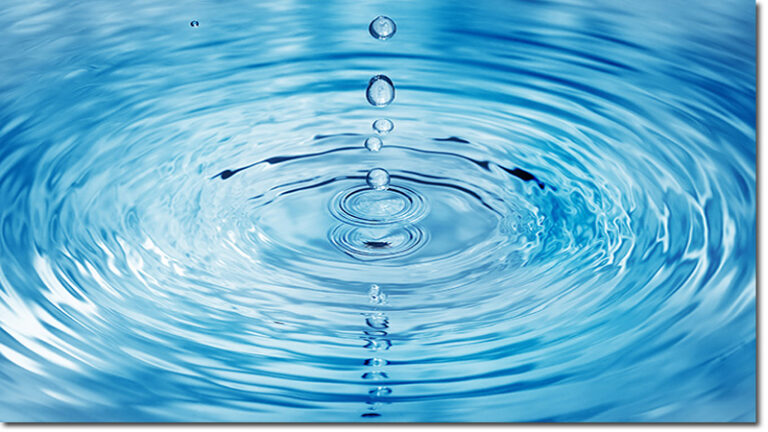 The planet is dabbled with 71% water.

According to the US Geological Survey, over 68% of the fresh water on earth is in icecaps and glaciers. Just over 30% is found in ground level. In fact, only about 0.3% of our fresh water is found in the surface as lakes, rivers and swamps. And in case you forget, sea water is almost 97% on Earth. So when we’re talking about fresh sources we can use, all the numbers we just listed are in the context of just the 3% of the water available to us.

While conventional wars have been fought generally over terrorism or territory, wars of the future may increase include a new point of contention – water resources.

Water conflicts have begun to arise between countries, states, regions and sub-regions within states, districts, political parties, castes, and individually too. They pose a significant scourge to economic growth, social stability, security and ecosystems. Water is a multi-factorial resource, which is actually turned into a resource by ideological and material means by isolating and imposing a private property framework. But little does one notice the social and utility problems springing up due to its unattended over-exploitation. Moreover, the flow of water affects overall unidirectional and asymmetric externalities. For eg, upstream use affects the downstream users.

What kind of water conflicts is the world about to witness though?

We’re already seeing small scale conflicts relating to equal access over water. This is a conflict between different users, within the same kind of use. You can have such conflicts between big and small farmers over equitable access to irrigation. Or between middle class localities and slums for domestic or drinking water. Such is the case of Bhavani in India.

Bhavani is an important tributary of the Kaveri in its mid-reaches in the state of Tamil Nadu. It originates in the valley forest in Kerala and flows in a south-easterly direction for 217 km. Then, it joins the Kaveri at a town named Bhavani. The river plays an important role in the economy of Coimbatore and Erode districts. It is a source for drinking, agriculture and industry and other. Due to an increase in population, unplanned expansion in the command area, and growing domestic and industrial water demand, the basin is already “closed” and pressurized. As a result, there is intense competition among water users and a tidy gap exists between demand and supply in agriculture and domestic sectors.

Water shortage downstream is even worse due to a protracted drought that has lasted several years. Moreover, there is already a conflict of interest between farmers in the valley, the original settlers and the new bidding farmers of Lower Bhavani Project (LBP). Old farmers are entitled to 11 months water supply whereas the new ayacut farmers were only able to grow over a single paddy or dry crop in a year. According to UNICEF, since 1990, an additional 1.8 billion people are using a reinforced source of drinking water. Yet many people are living with scarcity, especially in Africa. Safe drinking water and sanitation in schools may serve as a way to keep girls in school, accelerating their economic opportunities.

Unlike the previous type, here the conflict is between different kinds of users. For example, the conflict over water for agriculture versus industry, for hydropower versus irrigation. In general, in the conflict between rural and urban uses, rural necessities are steadily losing out. Let’s take another look at India –

The Kaeladeo National Park which is situated in India’s desert state of Rajasthan. It’s a mosaic of dry grassland, woodlands, swamps and wetlands spread over 29 sq. kms. It is a highly inhabited rural landscape and has a rich man-made biodiversity. Under various circumstances, it is inescapable that the issue of seasonal water requirement for the park and that of irrigation in the surrounding rural landscape has become a contentious one. It is therefore, a standing reason for dissatisfaction and conflict in the region.

The struggle over water for the Keoladeo National Park has two dimensions. The first being the conflict over the Ajan bund and the second due to the demands of upstream agriculturalists. The latest conflict developed in August 2004, after a third sequential year of low rainfall. The state government after agitation released 8.15 mm cube water from Panchna reservoir to Keoladeo, which at the time had storage of 35.7 mm cube. The park until then had received a minimal of 0.5 mm cube of water.

Water quality and pollution related issues are fast emerging in developing economies. Polluted water returned by users from higher terrains poses challenges to the ‘downstream users’. Decreased freshwater availability causes economic loss, social distress and ill health. Water pollution impacts both people’s lives and livelihoods. Rampant sand mining from river beds or seabeds has a deleterious effect on stream flows. Some of the deadly consequences include impact on stream flows and aquifers and deepening of riverbeds. Others include subterranean intrusion of saline seawater in coastal areas, erosion of the banks including adverse impact on the livelihoods of the local people.

In the 1960s, Lake Erie, to a lesser extent, the other Great Lakes, were polluted to the point of massive fish death. Local communities suffered extraordinarily from dismal water quality until the United States Congress passed the Clean Water Act in 1972. Water pollution poses a significant health risk, particularly in heavily industrialized and populated areas like China.

According to UNESCO, current interstate conflicts mainly occur in Africa (Nile River related conflicts among Egypt, Ethiopia and Sudan). The Middle East sees its fair share (disputes stemming from the Euphrates and Tigris Rivers among Syria, Turkey, and Iraq and the Jordan River Conflict among Israel, Lebanon, Jordan and the state of Palestine). Egyptian President Anwar Sadat, in 1979 said that if Egypt were to ever go on war again, it would be over water. Separately, amidst Egypt-Ethiopia, Ethiopian Prime Minister Meles Zenawi said, “I am not worried that the Egyptians will suddenly invade Ethiopia. Nobody who has tried that has lived to tell the story”.

Conflicts over dams and displacement

Dams and reservoirs are of course, used to supply drinking water, generate hydroelectric power, increase the supply for irrigation, provide recreational opportunities and also control floods. However the adverse consequences both environmentally and sociologically are alarming.

In the 1960s, the construction of Llyn Celyn and the flooding of Capel Celyn aggravated political uproar which continues till date. More recently, the construction of Three Gorges Dam and other similar projects throughout Asia, Africa and Latin America have generated considerable environmental and political argumentation. This is one of the most frequent and occurant obstacles faced in the present times. Dams are important but they must supplement and not supplant the systems.

One of the most common and scrutinizing dam conflicts ever was the Narmada dam water disputes in India. It took place between 1961-1979. The dispute initiated over water and power sharing. The conflict began as an interstate-issue over the right of the state of Gujarat to raise the height of a dam on its portion of the Narmada River. This created a submergence area that would affect plans for hydropower development in co-riparian states Madhya Pradesh and Maharashtra.

Privatization is an important upcoming arena of conflict in Asia, Latin America and Africa. This has created a peculiar situation. The current debate about water privatization is highly polarized between two well and impinged positions – for and against. And there seems to be very little effort to explore the middle ground of seeing it as both a social and economic asset.

The Cochabomba Water War is an appropriate example. In 1999, a private firm Samapa was given rights to the city’s municipal supply. This was followed by a 35% increase in water rates, which caused considerable anger amongst the local population. The result, was a public uprising and a wave of protests and an eventual rollback in prices.

Water conflicts are ugly. Their consequences, worse. Such clashes are no less than a war destroying lives. Many initiatives continue to be championed in order to bring about water equality. But it’s undeniable there is much more further to go to avoid what seems to be an inevitable spurt in water wars.