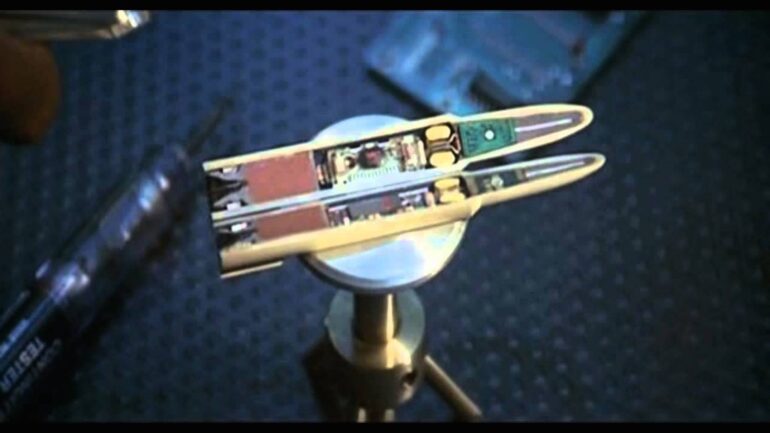 Prevailing common sense tells us bullets fly straight. Physics disallows any change in the direction of bullets. Except that of a downward curve due to gravity (over extremely long distances) of course. In 2008, Wanted, a movie starring Angelina Jolie, James McAvoy, and Morgan Freeman hit theatres. A popular sequence repeatedly deployed in Wanted had people ‘curving’ their bullets – turning the path of the bullet mid flight.

The movie was fiction. But almost a decade later, the movie may suddenly find itself confining to the laws of physics. The concept has flown out of the book and hit reality thanks to science. A bullet now exists that can fly on the circumference of a circle, and not necessarily go straight. The Defense Advanced Research Projects Agency (DARPA), an agency under United States Defense Department, has produced this new bullet using a real-time optical guidance system technology.

The Extreme Accuracy Tasked Ordnance (EXACTO) program has been initiated by the agency to develop smarter 0.50 caliber ammunition. Post firing, this bullet is able to maneuvers its course. “For military snipers, acquiring moving targets in unfavorable conditions, such as high winds and dusty terrain commonly found in Afghanistan, is very difficult with current technology,” DARPA said. “It is critical that snipers be able to engage targets faster, and with better accuracy, since any shot that doesn’t hit a target also risks the safety of troops by indicating their presence and potentially exposing their location.”

Guidance systems are installed into the munitions in order to hit the target precisely and prevent collateral of any kind. There are multiple other systems involved here – radio, heat sensors, laser, radar and much more. An optical sensor detects the target as the bullet fires, thanks to a laser system used by the sniper. The bullet can then reorient itself to hit the laser reflection.

“True to DARPA’s mission, EXACTO has demonstrated what was once thought impossible,” said Jerome Dunn, DARPA program manager, “which is the continuous guidance of a small-caliber bullet to target”. “This live-fire demonstration from a standard rifle showed that EXACTO is able to hit moving and evading targets with extreme accuracy at sniper ranges unachievable with traditional rounds. Fitting EXACTO’s guidance capabilities into a small .50-caliber size is a major breakthrough and open the door to what could be possible in future guided projectiles across all calibers.”

The path of the EXACTO bullet from the live fire test. 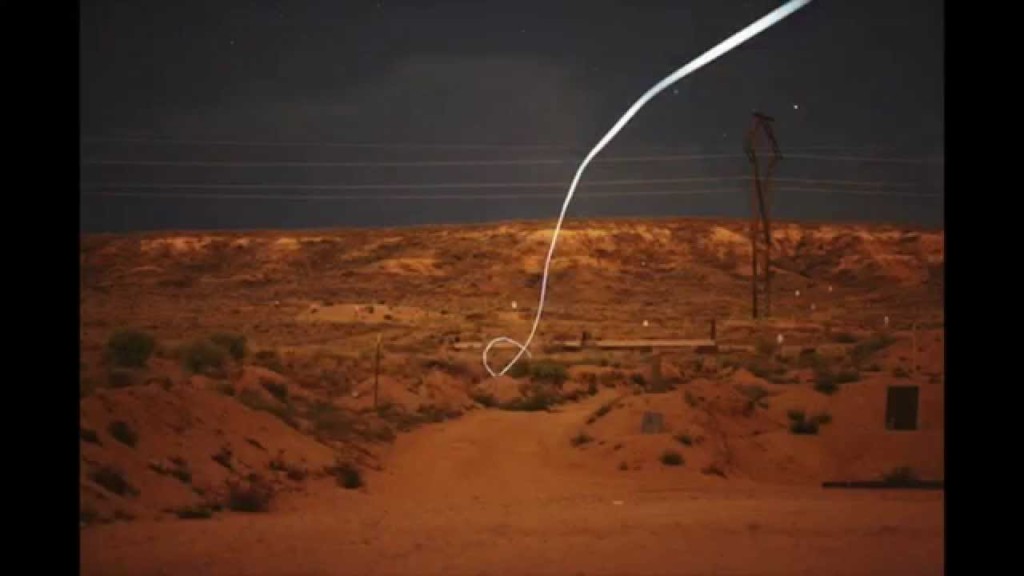 Here is the video link.