We’ve often stumbled upon the term dark matter while looking up the latest CERN experiments, or perhaps browsing through NASA’s research archives. Yet while trying to fathom the concept, it often eludes us. I’ve often wondered – Why the name ‘Dark’ Matter”? Why attach an apparently negative connotation to a cosmological entity. What is it about the subject that makes it so misunderstood and clandestine?

To understand it all, let’s first delve into the conundrum that is Dark Matter.

From the time Astronomy was born, the discovery and study of stars, galaxies and other cosmic bodies and events have been based on observations made by various astronomers and cosmologists over centuries. Intricate theories have been postulated and confirmed by studying these observations, which would have been difficult to posit otherwise.

But imagine having to acknowledge the existence of something you can’t see. And this doesn’t necessarily mean the object isn’t simply optically visible. It does not interact with the known matter in ways familiar to you. You’re not going to detect its presence via any method you attempt. That is what Dark Matter is – the elusive stuff in the universe whose existence we acknowledge based on the minuscule interactions it has with the matter we understand.

If dark matter is not visible, how did we establish its existence? Consider the Internet: a giant network where people engage online through communities. Participants befriend like-minded people, join communities of their interest ad follow topics they are familiar with. With such restricted interactions, one section of participants is completely oblivious to another having contradictory opinions and dissimilar interests. 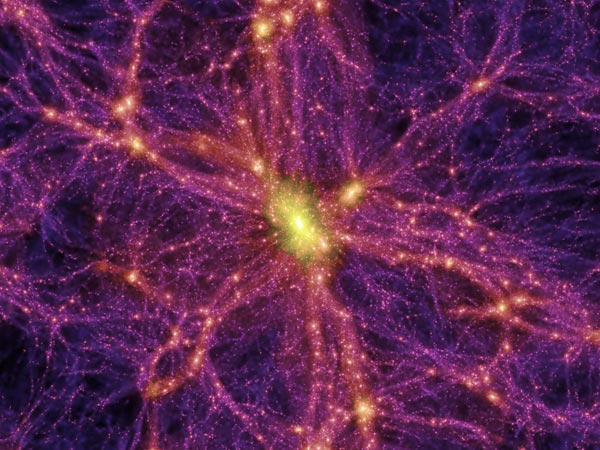 A simulation of the dark matter distribution in the universe 13.6 billion years ago

This is how dark matter behaves. First off, it isn’t ordinary matter we see and understand. Yet, it exists alongside us, passes right through us and resides everywhere in the universe. But we don’t detect it because it interacts extremely feebly. This behaviour is similar to that of neutrinos, 50 billion of which pass through our body every single second.

Does that mean we can dismiss its importance? We certainly can’t as dark matter- though an insignificant fraction of our bodies – accounts for 85 percent of the matter in the known universe. That’s a whopping amount of matter unseen to us. But how did we arrive at this value?

The Discovery of Dark Matter: The Anomaly of Galactic Rotation

Only an extremely small amount of dark matter ends up interacting with known matter, so there is hardly any observation to make unless we get really lucky. Of course, it doesn’t interact with light, so we can’t see it (hence the name “dark”). In conclusion, the dark matter around us remains undetected.

However, when large amounts of dark matter aggregate into concentrated regions, its net gravitational influence is substantial. This can lead to significant influence on neighboring galaxies. This effect was first noted in 1933 by Fritz Zwicky, a Swiss astronomer. While examining the Coma Cluster Galaxy, he observed the velocities of galaxies in the cluster (a cluster is a large collection of gravitationally bound galaxies).

To create a stable system within a cluster, the gravitational attraction of the matter within the cluster should balance out the kinetic energy of the stars it contains. Based on his measurements of the velocity of stars, Zwicky calculated that the amount of mass required for the cluster to have sufficient gravitational pull for a stable system was 400 times greater than the contribution of the measured luminous mass. And despite the scarcely visible matter, the galactic system was perfectly stable. Zwicky then proposed the existence of invisible matter.

The Big Deal with the Small Nuclear Reactors

Years later, astronomer Vera Rubin concluded from her research that the rotational velocities of stars in the Andromeda galaxy was pretty much the same at any distance from the galactic centre. The only possible explanation was the presence of yet-unaccounted-for matter, without which the stars with the measured velocities would fly off out of the galaxy. Rubin deduced that ordinary matter accounted for only a sixth of the mass required to keep all stars in orbit.

Following this discovery, multiple other studies by astronomers, on other galaxies, ended with the same conclusions – the existence of unaccounted matter. Measurements not only confirmed the existence of dark matter and an entity called dark energy (to be discussed in future posts), they were found in enormous amounts compared to known matter. 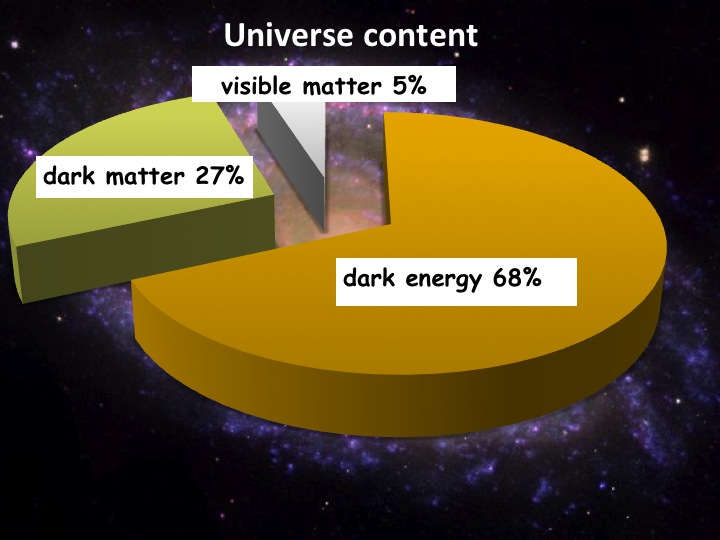 Dark matter has largely bewitched the scientific community. Cosmology has now entered an era in which experimental and theoretical advances have yielded a more extensive and detailed understanding than was possible 50 years ago. The universe certainly seems to extend beyond the domain we can observe. Science in its truest form doesn’t apply beyond what the physicists call the cosmic horizon. For regions beyond, philosophy reigns supreme. So far, that is.