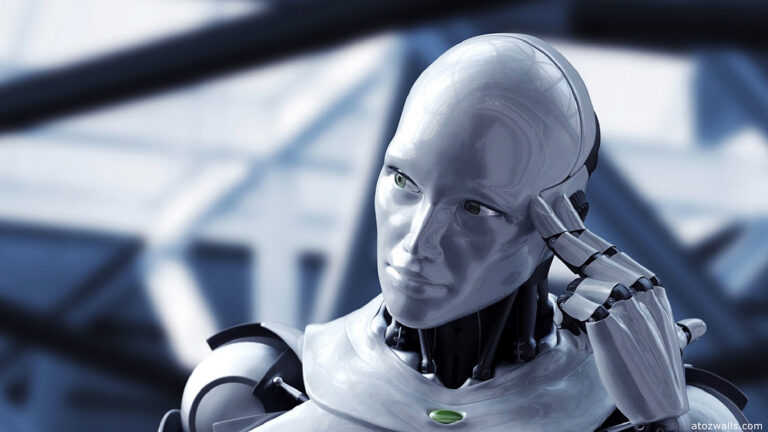 We are fast heading towards an era of automation,, which is understandably causing global anxiety. While a lot of repetitive, mechanical jobs have already been taken over by machines, smarter jobs are in danger too as our AI industry continues to make rapid advancements. So at what point do we begin recognising these robots as people? At what point do we give them rights and benefits?

Robotics is of course, the branch of science which includes the use of engineering and computing models to create robots. If you’ve been living under a rock – robots are essentially machines we can exploit to substitute human actions.

The very first discussion in the area of robotics began with the formulation of three laws of robotics by Isaac Asimov (1942). The laws were basically a set of disciplinary principles for robots. Next, in 1948, Norbert Wiener gave us the term ‘cybernetics‘ (the basics of practical robots) and the first robot mimicking biological behaviour came out in the same year. Things remained silent for a few years from then until the early phase 20th century. In 1974, the world’s first microcomputer controlled industrial robot came out (the IRB 6). Robots have come a rather long way since then. In fact, 2016 saw approximately a quarter million of them sold.

Artificial intelligence refers to mimicking human thought process and behavior independently. Or simply – computers exhibiting human-like intelligence. For a long time, robots were just repetitive machines, instructed to work in ways to reduce human workload. But with the advent of artificial intelligence, the creation of robots with human intellectual abilities has seemed possible. But how do we as a species achieve this?

AI allows systems to intake all information which needs to be processed. After this, filtering of information is performed, and only the relevant information is responded to. The system then runs through all the possible actions which maybe considered most appropriate. Appropriate, in terms of a successful response to the information entered. Apart from this, AI indulges in some machine learning as well, wherein an action is performed to produce a desired result, and next time when a similar situation occurs, the same (or better) action is produced. There’s plenty of potential in social interactions via AI too. An example would be kismet, a robot by MIT’s Artificial intelligence lab who can interpret human and voice and behavior and respond accordingly.

Robots and their rights ?

Robotics is this whole new domain with significant future potential. But the debate of the hour is, should robots be given their rights too?

Robots have been endowed with artificial intelligence only recently, but they’ve begun replacing hundreds of thousands of jobs rapidly. And these are complex jobs we’re talking about. In the near future, we could see them everywhere – from law enforcement to lawyers. Does that mean that they are capable of handling the world around them like a human does? Some researchers and authorities who support development and advancement are in favour of this. But many environmentalists and humanists fear this development.

If robots are given human and citizenship rights, a huge impact on our legislations and judicial systems is inevitable. They are after all, machines. Does a machine deserve all these privileges? Even if somehow we inculcate emotions like fear, happiness into them, how far do they come in being recognised as human thinking systems?

But there are multiple perspectives to this development. Even if these rights are granted, there are chances that researchers and developers may use this right to their advantage. Many powerful authorities will be in full position to take advantage of this grant. For example – in casting a vote, a robot’s decision can be completely manipulated. Also, a robot is completely capable of injuring a human being, accidentally or unintentionally. With robots owning all the rights of a human, will this act still be considered as an act of murder?

Related: If Your Robots Commits Murder, Should You Go To Jail?

No matter how many thinking systems you install into a robot, it remains a machine. A machine capable of thinking logically and rationally, but perhaps not emotionally. Talking about rational thinking, what about atheism or devotion? What about conscience? Can we ever get to the point of making them independent in every way? Consciousness itself remains a poorly understood subject in neuroscience.

Also Read: All Of Us Will Become Robots by 2030

Hypothetically, let’s assume we do achieve artificial consciousness in machines. If we inculcate emotions and thinking systems into robots, will this not mean that they will also be subject to emotions like frustration and anger? And could they not harm others around them? Elon Musk, and many others, have already been warning about digital superintelligence rapidly exceeding human intelligence in capacity. And that isn’t necessarily nice.

While proposing the rights for robots, the EU believes that since they are man made machines, they will necessarily be confined to limitations we configure. But this may simply be an incorrect understanding of AI. Firms all over the globe are currently engaged in making AI robots independent. The EU has also suggested that manufacturers of intelligent robots provide insurance.

Perhaps the most logical step at the moment would be to have them pay taxes. With rights, come responsibilities. And if these machines are going to be replacing you at your job, they better pay your taxes, shouldn’t they? At least, Bill Gates thinks so. At the moment, it may be too early to provide robots with any other ‘rights’.