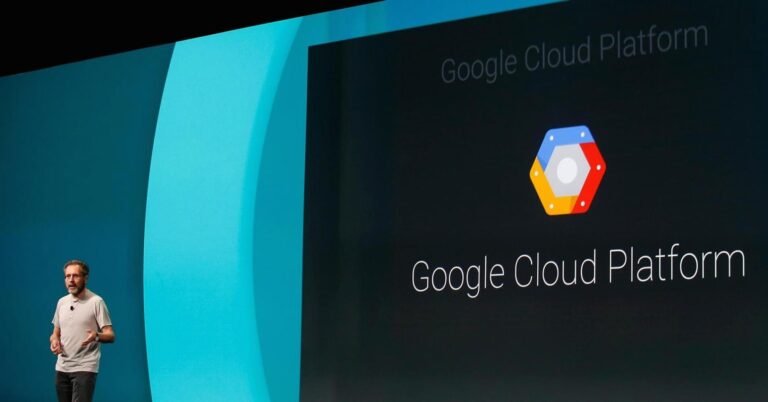 Cloud platform adoption is only headed in one direction – forwards. The incentives it offers are obvious – cost savings, agility and innovation. The cloud lays a strategic foundation for implementing future applications implementing digital business solutions.

The cloud market is currently dominated by Amazon Web Services followed by Microsoft’s Azure. Amazon Web Services (AWS) controls the lion’s share of the market despite other large IT players like Microsoft, IBM and Oracle or for that matter more niche players such as Digital Ocean. Until last year, it was a two- horse race with Amazon running first and Microsoft pushing itself to beat it. But this is about to get interesting.

Last November, Alphabet announced its acquisition of cloud startup Bebop Technologies which helped make the PaaS for enterprise solutions. Google expectedly was thinking bigger. It wanted to expand its horizon towards the highly competitive public cloud market. The idea is to expand the consumer base beyond smaller businesses and bring in large enterprises to use its services to store data. At Google’s conference held in San Francisco, it was clearly evident Google is serious.

Google’s strength lies in big data analytics and machine learning technologies which are exploited internally at large. The company can leverage both its decade-plus research and the data it has accumulated as a search engine. Machine learning and Artificial Intelligence (AI) are its key strengths, both enterprise requirements. To employ this on cloud platforms, Google is building a larger number of datacenters around the world. It has hired a number of executives working solely on cloud technologies. The Chairman and VP have even emphasised that they are ready to take on the big challenge as they have invested a lot during the past three years on building a robust cloud infrastructure.

How is Google planning to capture this industry?

Google will need the business customers if it can get as AWS has a major share of 40% (STAMFORD, 2016) in the market followed by Microsoft. Google has created a machine learning group within its cloud platform business and brought together heads of AI and machine learning. To enhance its cloud utility, they have introduced a series of application programming interfaces such as natural language integration, vision recognition and language translation to enable benefits of machine learning on the cloud platform.

Google is also planning to make Google Machine Learning Engine available with some new APIs on company’s cloud platform. This will help to search the content more easily and ease the sharing of code between the common community. This move will also make access to learning tools more robust on the Google Cloud Platform. Think of it as integrating everything into a single package and no need to employ Query parser or SQL Enabler separately. Even Amazon Web services use Google BigQuery and Bigtable to parse and explore a large amount of data.

Google has also successfully managed to do container management i.e. combining all services into a portable unit needed for a software application on a public cloud or any other platform. Looking at Google resources, it has the capability to sweep the current market giving price cuts and innovative efforts through a huge range of in-house products.

Google knows that cost is most important evaluation factor when employing any new resources in the business. Hence, they are targeting enterprises by talking money itself. Currently, businesses using cloud service providers sign a one to three-year leases so as to get the best pricing but are forced with fixed configuration and end up paying for resources not even in use. To customise these resources, they have to again pay hefty amount thus increasing the overall budgeted cost. Google introduced new cloud platform with beta testing of committed use discounts, a new pricing option for virtual machines. Enterprises can avail up to 50 percent of discount by signing a lease of one to three years but will get more customizable options, flexibility in the number of cores, the amount of memory and VM sizes.

As far as the partnership is concerned Google is relying only on the top-tier vendors like Intel and SAP which is optimising its chips for Google for more than a decade. Google is a key buyer of the server for Intel. Intel provides the right balance of cost as well as performance. Google is going to be first cloud provider to offer Intel’s 14-nanometer “Skylake” Xeon processors to consumers. They are going to incorporate them in their cloud servers mainly in 5 regions. This will provide the customers with features like 3D rendering, engineering simulations and data analytics all on the cloud. In another partnership with SAP, it has agreed to provide SAP-HANA, its in-house database and analytics engine, on Google’s cloud.

Google’s entry into the market is only going to benefit the companies. Competition is already fierce and enterprises will get the choice of multiple cloud providers. With this, they can customise their cloud or go for hybrid cloud options according to their data needs and workloads. Google is innovating its hardware as well as APIs to stay ahead by addressing the key issue of security. They also want to lure Windows customer by offering support to ASP.NET applications. They are also offering pre-configured images of databases on the Google Compute Engine for Microsoft SQL Server Enterprise. To beat its competition, they created Windows partner Program and Google Cloud Officials Support system which guides you to migrate for Windows Environment to GCP.

Google in head to head with AWS has a key management system for GCP. They have entered into the untouched territory of data leak prevention with its new APIs. The partnership with SAP will help to target client such as Autodesk which remains a big-time AWS spender. Google has already partnered with Autodesk to deliver 3-D rendering technology.

In the Google Cloud Next event, Schmidt said “We’re here for real, this is an incredibly serious mission” which clearly states Google’s future plans. This could be positive for enterprises but at the same time can pose the challenge of effective selection. It is very important that they don’t get paralysed and focus on what is needed. Perhaps, letting the cloud providers do what is necessary for them to survive in this race.