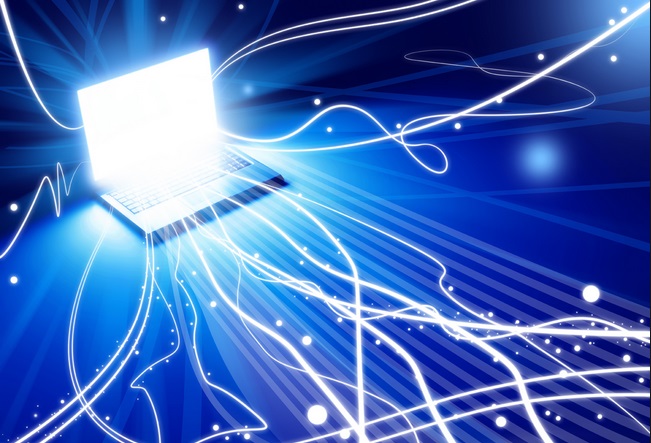 How Big is the Internet – and Will It Run Out of Room?

In 2017, we think very little about typing into our search engine for anything from directions and advice affecting our daily lives, to philosophical ideology dating back centuries. Every second the internet is mined, used to store photos, memories, and notes – used as a lifeline for busy people leading busy lives. In fact, Google processes around 40,000 queries per second – that amounts to between 3.5 billion and 1.2 trillion searches per day, according to Internet Live Stats, which broadcasts the amount of worldwide searches in real time. 2016 in particular garnered its busiest searches for politicians and athletes – showing how the internet reflects the daily lives of people both locally and globally. Think about how much you rely on the internet and its masses of storage and processing power in an average day, and ask yourself how big the internet really is.

It is estimated that back in 2013 Google, Amazon, Facebook, and Microsoft together already totaled 1,200 petabytes of stored data between them – that’s 1.2 million terabytes, where 1 terabyte equates to 1,000 gigabytes. According to Confused.com, just 1 gigabyte equates to around 68 YouTube video plays using mobile data, 1 episode of Netflix, or 17 hours spent on Google Maps.

The internet is generally considered to have been born in 1985 when the National Science Foundation linked five academic mainframe supercomputers together to share and transmit information. Since then, internet technology has boomed. HTML, developed by Tim Berners- Lee in the 80s, essentially allowed the internet to become what we know it as – a service with the ability to send a query and link to a site coded in Hypertext Markup Language. The Space Jam website – based on the Bugs Bunny/Michael Jordan vehicle that merged live-action with animation – remains preserved as it was in 1996, outlining how simplistic websites were in the internet’s early days. And how little data they used. Compare it to a quick, free website that anyone can make now and you can see the exponential advances. So where did all this space come from in the World Wide Web?

“How big is the internet?” is more of a rhetorical question than one that can be ecologically validated with scientific rigor. Calculating how big the internet is a feat nearing the impossible – made more difficult by the abstract features that combine to create the ether.

The Dark Web – a corruption of the positives of the internet to fuel the dark underbelly of society – is also difficult to collect any true statistics on. Calculating the size of the internet is tricky due mainly to the number of sites that are created daily – and the ones that might result in an Error 404 message.

The changing sectors of internet use are also a factor that makes answering the question difficult. Online gaming has recently faced a boom in the amount of internet it uses. Online RPGs for instance take up a lot of data due to the live element needing a constant data stream.

With online RPG Destiny, developer Bungie reports that an hour of gaming takes up one whole gigabyte. As for the development of live casinos, such as offered by Betway, they transformed a relatively low-process game of online casino games to a fully immersive live stream. That means more data is transmitted to and from our devices, and more space online is being utilized. But it’s not just gaming that has expanded in the web sphere. Online shopping in the US increased from 47% of people making online purchases in 2014, to 48% in 2015, and 51% in 2016. Amazon reported a boost, according to Fortune, while its physical counterparts Wal-Mart reported sales slumps. That’s a lot more data being transferred across the sector as more and more businesses branch out into e-commerce to catch the consumers.

Will the Internet Ever Run out of Room?

Since surviving Y2K back in 2000, scientists sporadically throw up the question “Is the internet going to run out of room and shut down?”, in the same way as we find new end-of- days prophecies. The issue with having so many applications using the internet is the overcrowding of signals that are being transmitted. The solution was for scientists to amplify certain signals to allow them to be heard and seen above the white noise. But, this trick ended very quickly when the over-saturation blurred the signal. The new solution looks to be simple: increase the number of fibers at both ends of the connection – thereby extending the size and scope of the internet for as much as we need it.