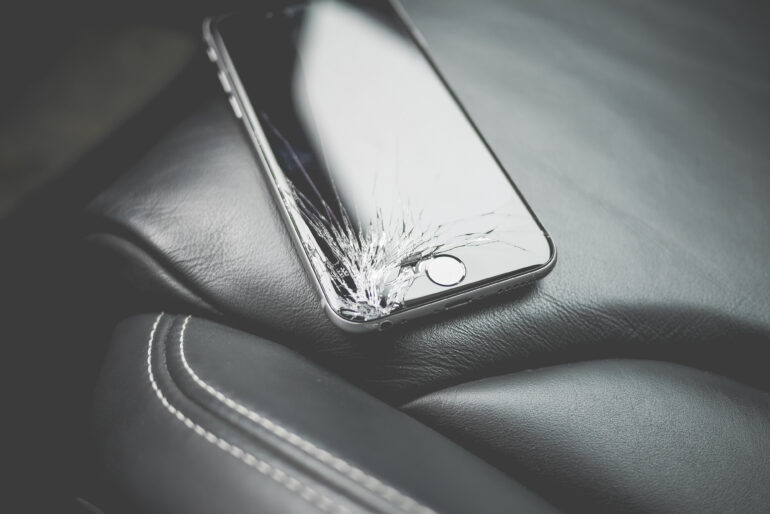 Apple may soon be coming out with some rather unexpected features on its iPhones. In May 2014, Apple filed for a patent that covered an iPhone drop protection system. This system, the patent filing revealed, recognises when a phone is about to be dropped, calculates an approximate point of contact and shifts the centre of gravity of the phone in such a way that the sensitive parts of the phone are not affected due to the fall.

The technology is built around sensors like the accelerometer, which are able to detect when a device is in a freefall. This patent was awarded on April 4th, 2017. Let’s dive deeper.

What was the intention behind the patent?

The intent clearly is to safeguard and protect expensive computer hardware inside the phone from accidental falls and drops. Drops are a rather big problem faced by consumers rocking the latest slim designed devices. This invention does not only calculate the approximate area of impact, but also has the ability to change the centre of gravity to ensure that the sensitive parts (the cameras or the screens) of the phone are protected during the fall. 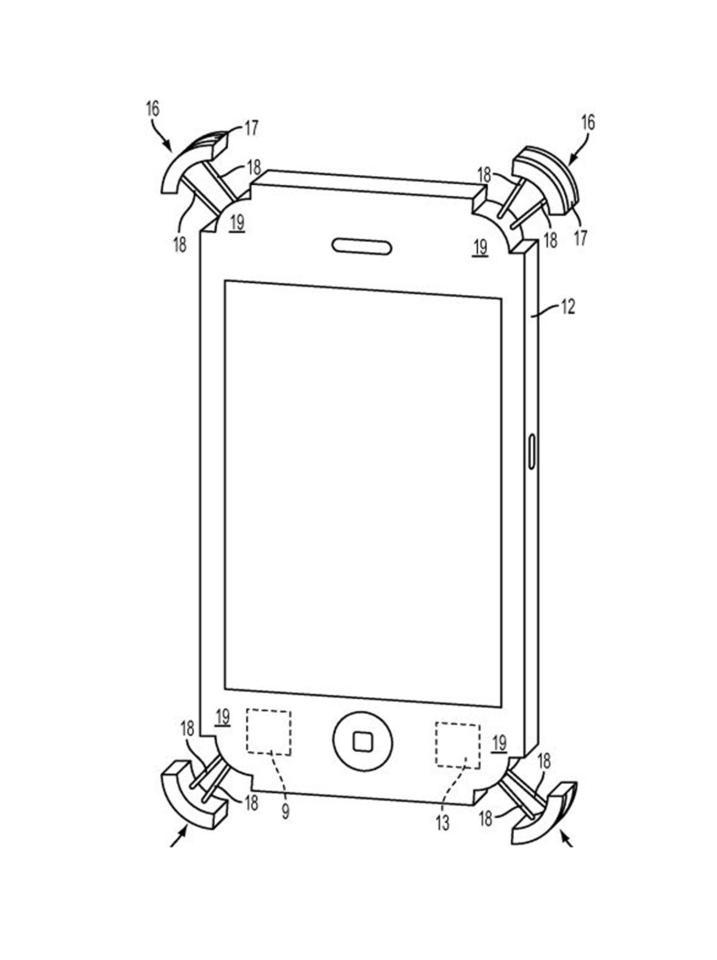 How does it work?

According to the patent filing, the system relies on ultrasonic sensors which monitor the physical activity and the positions of the user’s phone. These sensors then feed the data into a central processing unit. A rapid and precise determination of the position of the phone, especially during a freefall follows. The central processor and the sensors then work to measure the metrics of the fall, its speed and its impact. Then, an analysis of the freefall is conducted by the processor by comparing the information in the storage of the device with that of the gathered data.

Once the data is calculated and compared, the device then activates a protective mechanism. This mechanism has been designed to try and reposition the phone in midair (during the fall) in a way that minimises damage caused to the phone parts, especially to the delicate ones. 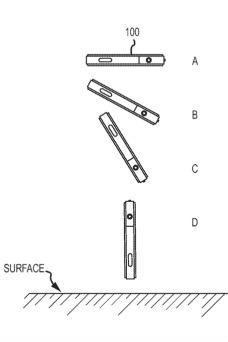 Apple has labelled it as an ‘Electronic Device Housing’ since the casing device absorbs the shocks from a fall or a drop and also protects the phone from water.

The system is placed at the four corners of the iPhone. When it recognises that the motion is a fall, spring loaded shock absorbers immediately shoot out from the housing. Like ‘water wings.’ These systems can be replaced if required. The shock sensors or absorbers are made out of materials like plastic and foam, which are buoyant to help the protection of the phone if dropped in water. 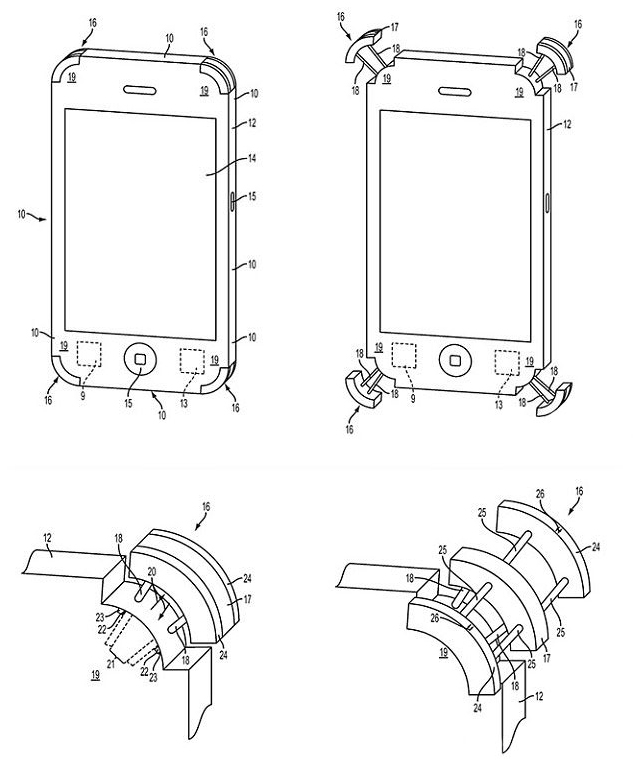 With the correct combinations of bumper support with that of its buoyancy and its orientation, this system can even make the iPhone float on the surface of water. So water accidents are taken care of as well. This is because replacing the phone completely can be more expensive than fishing it out and repairing it.

According to the patent, these bumpers can easily be replaced in case of major damages. They can even be made available in multiple colours to match and blend with phones.

Waterproofing phones is rapidly becoming a commonly shipped feature on most handsets, and for good reason. A recent survey backed by Google indicated that 39% of the users take their handset to the bathroom. And 19% of them drop their phones into the toilet.

Apple’s recent phones – the iPhone 6 and the iPhone 6 Plus incorporate bespoke linear oscillating motors. These motors do not use an eccentrically connected rotational mass, unlike their previous models.
Simply put, this means that this patent an easily be inculcated into the upcoming variants.

Even though a system like this can be used and applied practically, it can be an extremely expensive affair implementing it into the current designs right now.

Can it be implemented on other smartphones?

You’re going to be seeing this on Apple devices first, if at all, as it has filed the patent. The cost of implementation does hit feasibility as of now. So we’re likely to see Apple figure out ways to reduce the costs of such a systems first. Since Apple owns the patent, don’t expect it to be give it out to other companies. At the same time, don’t expect other manufacturers to sit back and not figure a workaround either. Patents on the iPhone did not stop Android, did they?