For almost a hundred years, terrestrial radio has dominated the world of airwaves, and music broadcasting. As we move towards digital media, there is an evident disdain in the hearts of people towards FM and AM. It wouldn’t be wrong to say that terrestrial radio is not just heading towards its very own demise, but is making haste. Over the last decade, radio has continued to spiral to its inevitable death with each passing day.

There are plenty of reasons for this.

Almost everybody that you see owns a smartphone, and this number is increasing rapidly. These smartphones give you easy access to internet radio through apps that run on multiple platforms. It’s not like the world had not seen portable MP3 players before. But the smartphone’s massive penetration has taken this accessibility to an all new level. There was a time when the only way you could hear a hit was to tune into an FM or AM station.

Today, there are innumerable options. We have internet radio, satellite radio, services like Pandora, iTunes and our very own playlists. Today, a major number of cars have built-in features that enable your smartphone to connect and either stream digital or play mp3. Cars have also had satellite radio for a long time now, which is far superior to terrestrial radio. 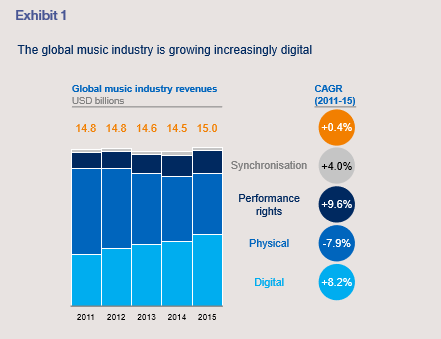 Also, it can be said that people who are really passionate about music have always despised terrestrial radio. The arrival of portable music only added to their disdain. The reason is that terrestrial radio tries to create a legacy of the manufactured hits. You would never have the slightest chance of hearing the fleshy middle and end of music where the actual creative and quality content lies. This is where some artists take the risk of defining commercial music in their own way and try to push the envelope. Terrestrial radio doesn’t give you the choice to hear your choice of music. These choices offered by the new options in the market.  With the amount of talent, this world has to offer right now. We can say that it has already exceeded the ability of terrestrial radio to serve this talent.

There is a huge difference between the sound quality on digital radio and analog radio (analog being inferior). Also, the user experience of digital radio attracts the users way more than analog radio. Also, if somebody thinks about mending this experience according to the taste of the new generations, it is just not possible with the limited spectrum of FM.

The sad part about all this is that the radio stations know all this. This is the reason that we hear such huge number of commercials on FM. The radio stations know that by doing this, they are pawning their future, but they just want to bring in profits now. They have started prioritising themselves over the listeners.

Today, people are moving onto streaming online for music. This shift is taking place rapidly. 2014 saw a huge shift in the music industry. A decade after the launch of iTunes, the first ever digital music platform, revenue from digital platforms has overtaken revenue from the physical platforms for the first time. In 2015, the digital platforms for 45 percent of the global music industry as compared to the 39 percent of the physical channels. Also, digital streaming is allowing people to not download any music and still listen to the best of it. As a result, streaming is increasing with every minute.

As of 2011, 13 percent of digital music revenue came from streaming versus 72 percent from download.in 2015, this ratio had already shifted to 43 percent versus 45 percent.  IFPI’s Global music report 2016 also reported a 10.2 percent rise in digital music revenue to US$ 6.7 billion. Digital streaming is not taking place of terrestrial radio, it has already taken it. Also, digital streaming services like Pandora and Spotify have online radio channels as one of their many offerings. This leaves the listeners with no reason to stay with terrestrial radio.

The captivating and bizarre world of ‘primes’

There has been a drastic shift from analog radio to digital radio. In January 2017, Norway became the first country in the entire world to shut down FM. Although some radio stations are to continue offering this service for the next five years, it is nevertheless a significant step. It sends out a message loud and clear – FM is about to die.

The United Kingdom is also moving on the same path. It is just a matter of time that the analog signals in UK will be switched off and all the listeners will have to tune into the digital radio.  The British government is yet to decide a date as to when will the switchover from analog to digital radio will take place. Back in 2013, Ed Vaizey, the then communications minister had suggested that he was looking at the end of the decade to switchover to digital radio. Although there hasn’t been an update to this, but one can assume that it won’t be long before this switchover takes place.

Switzerland too has also chosen a transition model. As of January 01, 2015, the local radio stations in Switzerland can cease their FM broadcasts in the areas where they can assure effective DAB+ coverage. This is in accordance with the Radio and Television ordinance adopted by the Federal Council in 2014. The transition from analog to digital radio is to take place in two phases. By the end of 2019, all radio stations must also broadcast digitally. This can be seen as a prominent step towards the switchover.

However, there is still hope. There are many countries like Canada, Finland who haven’t yet decided on this matter. The decision of these countries will solely depend on the success of this switchover in Norway. These countries will keep a close watch on Norway’s success with digital radio.