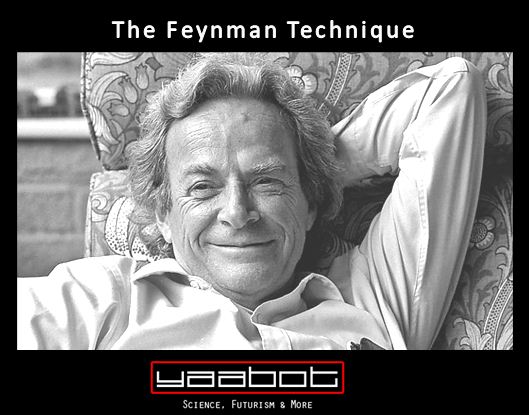 How to get a firm grip on concepts faster: The Feynman Technique

Let’s get it straight – ‘concept’ is the most used word in describing academic success (or failure). This has been the Achilles heel in your test preparation, even worse if you’re trapped in viva-voce, because you thought you got it, but in the moment of need you forget it. As Richard Feynman once said, “I learned very early the difference between knowing the name of something and knowing something.”

Fret not, here’s a quick fix for grasping the concept and trapping it unforgettably in your brain. This is not a tedious way; depending on the topic, you can do it in as little as 5 minutes. I’m not joking, it’s the Feynman technique. Feynman was the genius physicist with an autobiography “Surely You’re Joking, Mr. Feynman!” which kind of covers the explanation. So hold tight and read on.

Where can this technique be used?

When not to use the technique?

Decide how to properly call that concept, and once you have settled, you may get a blank sheet and write it down on top as you would want to visualize it.

No, getting a child to listen to your woes is not really what we mean, and I’m pretty sure it won’t be recommended either. What I am trying to say is pretend to teach it to a 5-year old kid. Just attempt to properly teach, and be honest in that; do not fool yourself. Explain it using simple words, not jargons, and no need to be picky about the style, do it in a way your imaginary 5-year old student would be satisfied and left without doubt.

There is a major chance you would not succeed in doing step two in one go. In that case, whenever you get stuck or run out of ideas, get straight back to the text and pinpoint the exact area you are failing to grasp. These are the parts you need to revise with care. 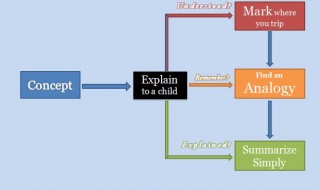 If you are stuck with lack of simple words, go the analogy way; find a casual metaphor to do the explanation for you. This way, the chance of your understanding and remembering increases. Like, Proboscis of a butterfly is an elongated sucking mouthpart that is typically tubular and flexible, which is totally a honey-collecting straw stuck on your mouth, right?

Rephrasing and summarizing are important. Try writing down the simple version of yours to sustain the longevity of the concept in your brain.

The Feynman technique can be considered as the easiest and also very effective way to get the toughest bits to work in your favor. So don’t wait anymore, grab a pen and a paper and start cracking the odds !