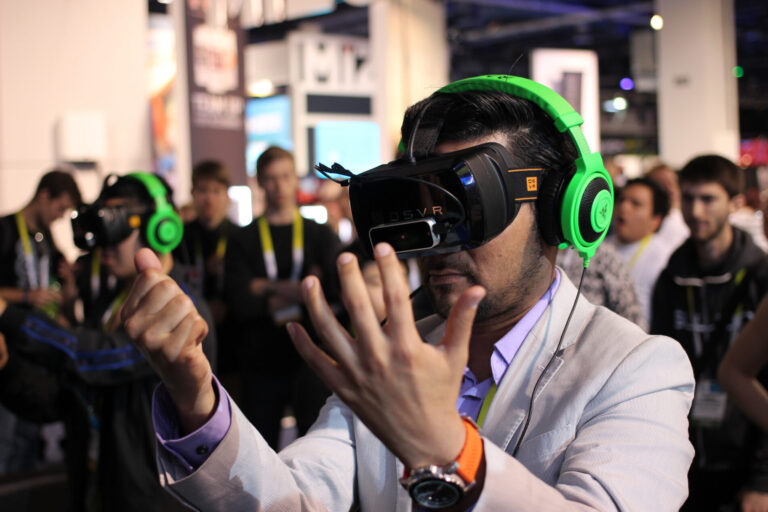 With virtual reality expected to be the next big thing in the world of technology, online casino software developers are desperately scrambling to think of original products for the new platform. The casino games industry has traditionally adapted very quickly to big changes in tech landscapes, as shown with slots going electric in the ’70s and then later moving to an online format with the advent of the internet. Big things are expected from VR. Will sites look towards creating a fully virtual casino or is this a stretch too far?

Online casinos such as online pokdeng have always tried to give players a real casino experience in the comfort of their own homes. But the closest they have come so far is to offer live links to roulette and blackjack tables in land-based casino rooms. Although they are convenient, they have thus far failed to replicate the hustle and bustle of a buzzing gambling house. Where they do excel, however, is by being able to offer players attractive bonuses as shown over at this website, along with easy to navigate interfaces that are simple to use even for novice players.

Microgaming is leading the way in terms of making VR casino games, and it should come as no surprise seeing as this was the company that first developed software for web-based casinos and smartwatches. Their first foray into the world of VR is a VR Roulette game (see video above) that transports players into space where they can play the classic wheel spinning game with a robot croupier. The game won the Digital Gaming Innovation of the Year award in 2016 but is yet to hit mainstream markets.

There are literally hundreds of top recommended online casinos and players often get so overwhelmed with the selection they don’t know where to play. This is why operators are doing all they can to stand out from the competition. At the moment they try to win customers over by offering wider varieties of games or more tantalising signup bonuses, but providing a VR experience would really set a site out from the crowd.

The problem is, VR hasn’t properly taken off and proved itself as a viable platform for developers to invest time and money into making games for. It was expected that 2016 would be the year of VR, but it turned out that combined sales of the Oculus Rift and HTC Vive in 2016 didn’t even reach 6 million. The headsets are still expensive to the average user with the Rift at $600 and the Vive priced at $799. They are unlikely to become a coveted household item until these prices drop significantly, which will happen when next generation models are introduced.

For online casinos to start moving towards VR, software developers need to wait and see how popular VR actually is, and then analyse the reception of games like Microgaming’s VR Roulette . If this is a hit, then it seems logical to think that other games like blackjack, craps, and slots will all have a VR makeover as well. This, in turn, could lead to sites offering full VR casino experiences where players can actually walk around and play the games. But that future looks a long way off at the moment, and may not be a (virtual) reality for at least another five years.

The Future of Casinos

Virtual Reality: The Space Programme for the Masses