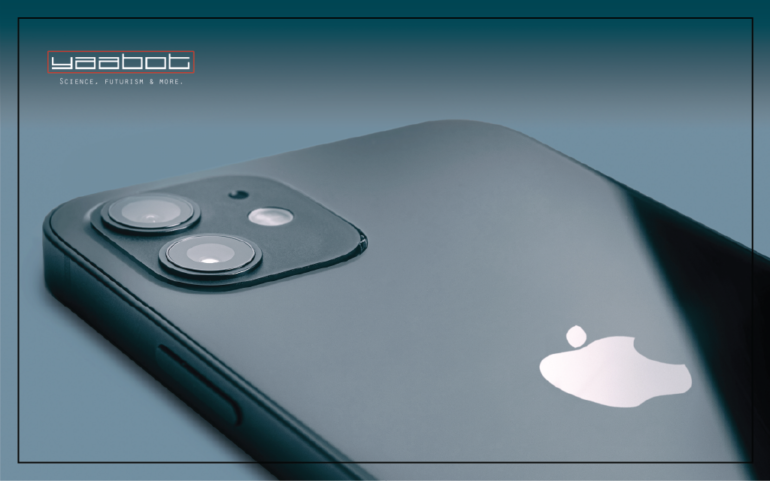 The iPhone completed its 15 years in 2022. In 2007, as it was first unveiled, Steve Jobs declared to the world that Apple was going to redefine the word ‘Phone,’ and it can be agreed without a doubt that the tech company has done that and more in its decade and a half-long timeline of operations. With the Mac and the iPad, Apple had already revolutionized two product categories. With the iPhone, Steve Jobs was eyeing the third. The evolution of iPhones has been remarkable over the years, each one a classic product of its time. In this article, we will have a look at the history of iPhone models and how it has evolved over the years.

The evolution of the iPhones has come a long way. It might be hard to believe that you could put only 16 GB of data in the original iPhone.

The history of iPhone models starts with the first iPhone, which was launched in 2007.  This wasn’t the calamity it might seem to be in today’s age since there was not much to be put on the phone either, as there was no App Store yet. The phone could handle only 128 MB of memory, and the camera was only 2 megapixels. There were also no third-party apps, no GPS and no video recorder on the phone. The fact that you possessed a phone back in 2007 was enough luxury. First of all, the iPhone knocked down the physical keyboard, which was all the existing smartphones had to offer. It brought in touch screens. It had the pinch-to-zoom feature. You could just tap, and the screen would zoom in. This feature seemed to be nothing less than magic, something straight out of a movie. Moreover, the device had the multitasking feature, which enabled you to switch from mail to music to contacts and back.

Something that most of us don’t give a thought to is that there was no iPhone 2. Apple didn’t launch one with a ‘2’ in its name since the original iPhone’s successor was the iPhone 3G.

The iPhone 3G was a step ahead in the evolution of iPhones. It wasn’t much different from the original iPhone in terms of internal specifications. The only difference was that 3G came into play. With this, you could access the internet at much faster speeds. Most importantly, there was an App Store now as iPhone 3G intended to make its distinct mark in the history of iPhone models.

With iPhone 3GS, Apple introduced the 32 GB option for the first time. With the introduction of the App Store in iPhone 3G, 16 GB of memory would soon be inadequate. There were new apps to check out, after all. Apple also added voice control in this model. The video recording feature was also added, and the camera was upgraded to 3.0 megapixels. The voice control was not called Siri yet. Also, with this, Apple initiated the tradition of adding an ‘S’  to the model name for an upgrade.

iPhone 4
This was an even bigger step ahead in the evolution of iPhones. The iPhone 4 was the first iPhone with a front camera. It also had a Retina Display. Apple had highly increased the pixels while keeping the screen size the same at 3.5 inches. It had a modern-day look with a bit sleeker shape. With 512 MB memory, the iPhone 4 model could handle a lot more than the 3GS, which had only 256 MB memory. The iPhone 4 was surely a milestone in the history of iPhone models.

The iPhone 4S didn’t differ much from the 4. The camera was upgraded to 8 MP from 5MP. The 64 GB option was also introduced for the first time. But the biggest upgrade was the arrival of SIRI, your personal assistant in it, which proves to be a really helpful feature today. Apple had sold 4 million units of this model in the first week. It took the evolution of the iPhone to the next level.

With the iPhone 5, the memory was upgraded all the way up to 1 GB. It was a big step in the history of iPhone models. The camera stayed the same. Move over along with 3G, the iPhone 5 had LTE connectivity. Also, Apple, for the first time, had increased the screen size by 0.5 inches. The previous models had a 3.5-inch display, and this model had a 4-inch display. Apple sold 5 million units of this model.

The 5C was nothing but an affordable version of the 5S. It had a plastic shell and was available in 4 different colours. The 5S brought with it the touch ID, slow motion video and the M7 motion coprocessor.

The 6 marked a change in the design of the iPhone, taking the evolution of iPhones to the next level. The internal specifications were almost like the 5S, but it came with a significantly larger screen and an even larger one than 6S. The option of having 128 GB storage was made available for the first time while keeping the memory the same. The camera didn’t see any upgrade. Despite this model seeing no significant change, Apple sold 10 million units of this model in the first week itself, a record that the company keeps breaking every time a new launch comes around.

As far as the look is concerned, these models seem exactly the same as the previous ones. Apple did, however, make quite a few changes to make these models remarkable in the history of iPhone models. The camera was upgraded from 8 MP to 12 MP. The memory was also doubled. 3D touch was also introduced, but like any other technology, 3D touch is not being used to its full potential because it’s in its early days. Also, since iPhone 6 had some bending issues, Apple started giving these models 7000 series aluminium to prevent future issues.

If you’re wondering which model this is, then you’re probably not alone since the iPhone SE was just like the 6S. It had all its features but in a slightly smaller size. It also didn’t have the 3D touch. This was introduced as a more affordable version of the 6S, and many people loved it, while many people remain blissfully unaware of this model to date.

With the 7 & 7S plus, Apple dropped the base model with 16 GB storage. It was another revolutionary step in the history of iPhone models. These came with a base storage of 32 GB, going all the way up to 256 GB. The 7S proved to be a bigger success than all the other S models because of its dual camera. This made a very significant lossless zoom feature possible. It also had the portrait mode, which enabled you to click beautiful pictures. With this, Apple also introduced a stylish new jet black colour.

In 2017, Apple released the iPhone 8 and 8 Plus with a new glass and aluminum design in three stunning colors made of the most durable glass. The iPhone 8 phones, unlike current iPhones, had an intuitive home button and a familiar design. The iPhone 8 series was one of the flag bearers of the evolution of the iPhone.

The removal of the rose gold and jet black colour variants was notable. Inductive charging, a faster processor, and improved cameras and displays were also added to the models. The iPhone 8 had a 12 MP camera with autofocus, an aperture of f/1.8, and optical image stabilisation. The iPhone 8 Plus featured a wide-angle lens with up to 10 digital zooms or 2 optical zooms. The iPhone 8 Plus also included a secondary telephoto lens, similar to the one found on the iPhone 7 Plus.

Why You Should Upgrade to SSD Right Now

The iPhone 12 Pro and Pro Max also had 5G support, a LiDAR sensor, and ProRAW (DNG). With the new DNG v1.6 specification, users were able to capture high-quality lossless 12-bit images in the native photos app. The iPhone 12 series features the first significant redesign since the iPhone X. The iPhone 12 Pro and 12 Pro Max were available in Silver, Graphite, Gold, and Pacific Blue. Pacific Blue replaced Midnight Green as a new colour, while Graphite was renamed, Space Grey.

The fifteenth generation of iPhones included the iPhone 13, iPhone 13 Mini, iPhone 13 Pro, and iPhone 13 Pro Max. The A15 Bionic system on a chip, designed by Apple, is used in this series. The iPhone 13 and 13 Mini are equipped with a 6-core CPU, 4-core GPU, and a 16-core Neural Engine and are also equipped with a 5-core GPU. The design of the iPhone 13 series has not changed significantly. However, due to the larger lenses, the rear camera module now covers a larger area. The Face ID and camera module on the front display, known as the ‘notch,’ is 20% smaller than in previous generations. With the iPhone 13 series, Apple took the evolution of iPhones to the next level, the epitome of luxury when it comes to smartphones as they are known in 2022.

Apple released the third generation iPhone SE in 2022. This is the latest version in the evolution of iPhones. It is also known as the iPhone SE 3 or the iPhone SE 2022. It is a part of the iPhone’s 15th generation. The iPhone SE is built with an aluminium frame and a glass front and back. The iPhone SE comes in three colour options: Midnight, Starlight, and Product Red. Midnight and Starlight are used in place of Black and White. The Apple A15 Bionic (5 nm) architecture system on a chip (SoC) includes an integrated motion coprocessor and a fifth-generation neural engine. The phone does not have the ultra-wideband capabilities enabled by the U1 chip found in the iPhone 13 and 13 Pro. Apple has included its True Tone feature in this iPhone to help the screen colour match the environment.

So that’s a wrap for the overview of the history of iPhone models. Over the years, Apple has seen a lot of changes. The evolution of iPhones has been really remarkable. Despite the many criticisms the company faces daily,  you’ve got to admit that they’ve continued reinventing the phone and revolutionised the smartphone industry.  We’ll see you at the next iPhone launch!