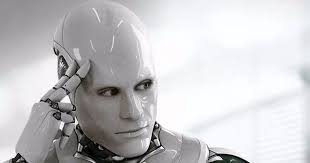 The Limitations of AI

Artificial Intelligence is the simulation of human intelligence by machines. We’re all well aware of the several applications of AI today – entertainment, medicine, banking and more. Directly or indirectly, it is serving us every day in numerous ways – through virtual assistants, or by making decisions easier with music/movie suggestions based on our previous judgments. Tasks like voice and facial recognition have evolved thanks to progress in AI.

There are a lot of functions AI performs that we aren’t entirely aware of. For example, it helps make predictions for the prices of items on e-commerce sites, or displays ads based on our interests.

AI is based on algorithms – a lot of them. A popular analogy likens AI development with raising a kid, since building AI involves a lot of training. This is where the first problem begins.

AI development demands the need to be taught the art of thinking and interpreting. This remains a a major problem for developers. AI is left to the data available on the internet, which may not be an adequate, or accurate source of information.

Teaching artificially intelligent computers to do things on their own and learn is as hard as it is because we’re not sure how we humans do it ourselves. The human brain is very complex in itself. .

Today our world has changed with virtual assistants – and not just the ones on your phones. Apart from our menial tasks, they have also become an integral part of information-intensive fields such as medicine, law, government, finance and telecommunications. Yet, despite the numerous uses they are not completely reliable and cannot replace humans entirely.

AI is as Biased as Humans

Microsoft’s artificial intelligence assistant Tay – an acronym for Thinking About You, was suspended after it created a generated of controversy on Twitter. It began responding with racist and abusive retorts to people who started trolling it. The assistant, however, cannot be blamed as it drew it’s learning from the people and reported just the same way any other human would have.

In another controversy – Google Photos tagged two black people as Gorillas in 2015. It was also observed that Google showed higher paying jobs to men more than women.

What causes these drawbacks when AI is based on algorithms which seem to be pretty neutral? The answer lies in the fact that algorithms are built and maintained by humans, who in turn are biased by nature.

But even if we were to eventually fix these problems – AI development over time is going to force us to face some important questions that are likely to have the biggest economic impact on the globe – what are we going to do when it takes our jobs?

For example, a major debate rages on based on concerns from Uber employees in the US about self-driving cars. While developers suggest that self-driving cars are way more safe than human drivers, a significant number of people would be uneasy about trusting a bunch of algorithms behind the wheel with their lives – even though many algorithms probably keep us alive in the medical or airline industries. On the economic front – automation is likely to put people’s jobs and the families that they support at risk.

Another major debate has started off in the medical industry, where AI is in co-existence with doctors, nurses, and social workers. But is it probable to draw a parallel between the two groups? It is very interesting to note that “huggable robots” were invented to replace social workers at hospitals. But is the purpose of the patient sorted, by hugging a metallic framework that has none of the warmth or empathy to offer as that of a human?

Same goes with the functions of a psychiatrist or a psychologist. The world luckily does not roam around the bogus rut of functionality and there exists a place of sentiments in all our hearts. There are certain functions that robots can never perform because after all, they’re only almost human.

Through the course of the article, we end up realizing a big situation building up here.  As humans have to make this huge decision of choosing between human intelligence and artificial intelligence. But we cannot just stop at that: we have to look at the bigger picture here. Is it possible to replace warmth and sentiments with perfection and lifelessness? How is this big change going to drive the livelihood of people and economy at the whole? For the worse or for the better?

Do you trust AI enough to give away all your personal information – like your credit card details?

It is indeed remarkable that AI has and will continue to change our lives in remarkable ways. Not having to deal with maps and directions or spend a lot of time fiddling with data to find what we need is convenient, sure. Gradually, AI’s presence in our lives will be much larger.