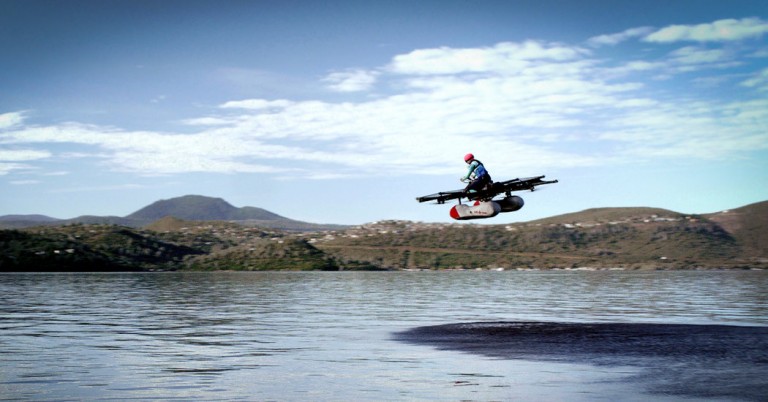 Human civilization has step on almost all natural terrains. From the vacuum of outer space to the very common muddy roads on Earth; man has put his foot on every spot. While cutting-edge technology has helped us do the unimaginable, there has been a lot of skepticism around its impact too. A lot of that doubt has sprung from pragmatism and a rational thought process. A recent addition to the list of the technologies that faces skepticism is the concept of ‘flying cars’. As bizarre as it may sound, flying cars are a real venture that have gone past the stage of mere thesis or blueprints.

All there is know about the concept of Flying Cars

As urbanization and globalization is on the rise, it becomes of utmost importance to fight the nuisance of a growing population, roads reeking of smoke and places small enough to asphyxiate everyone in and around there. Conditions like these and worse, call for innovation and development that might have been considered to be implausible at some point of time.

Flying cars are not a recent concept. The attempts date back to the 18th century. Close to 80 patents have been filed at the United States Patent and Trademark Office for multiple kinds of flying cars. Flying cars are also known as Personal Air Vehicles (PAV) or ‘roadable aircrafts’. The first noticeable flying car, Curtiss Autoplane was unveiled in 1917. Glenn Curtiss, who can righteously be called the father of flying cars, designed his Autoplane to have 3 wings and a four-bladed propeller at the rear-end of the car.

While the Autoplane never made a significant flight, it was an exemplary model for the concept to take flight. Arrowbile in 1937, Airphibian in 1946 and the Aerocar by Moulton “Molt” Taylor are some of the most famous milestones that ‘flying cars’ have crossed till date. These vehicles do not involve any massive or inconceivable infrastructure. Most of them consist of three main components: a passenger pod, a VTOL (vertical take-off and land) air-unit comprising of rotors and commuication systems, and a wheeled land-unit. The passenger pod is designed to dock with the air-unit and/ or the land-unit as and when required. Both the air and the land units can be controlled autonomously via constant communication with the central traffic controlling and route managing system. These flying cars can be run by either using combustion motors or electric modules depending on the design and technology used in them. 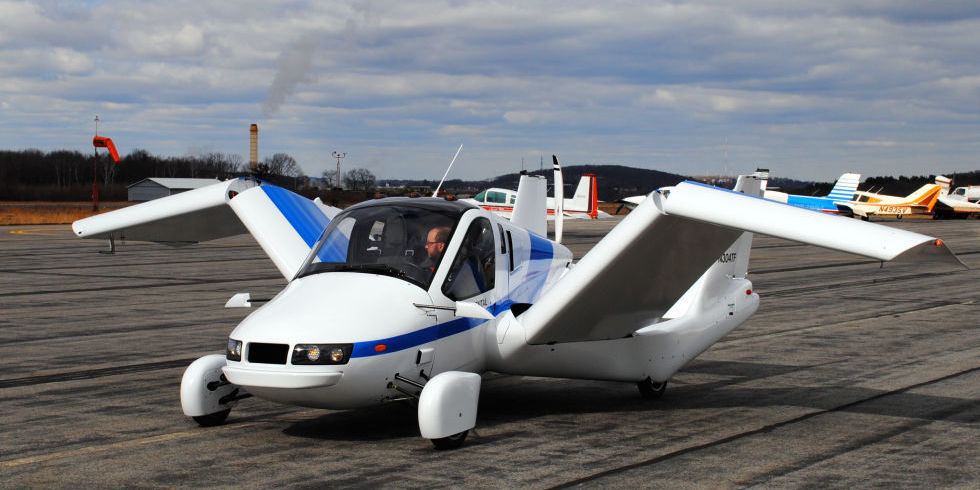 Powered by high-end communication systems, these vehicles have garnered a lot of attention over the last few decades. While striking the right balance between the weight of the car and the technology incorporated in the cars is one aspect that the engineers are trying to fix, there are several other speculations that revolve around these vehicles as of now. Technology savants from the Silicon Valley highly justify the growth of ‘flying cars’ as a concept. However, the Tesla and SpaceX CEO, Elon Musk isn’t placing his bets on the technology. 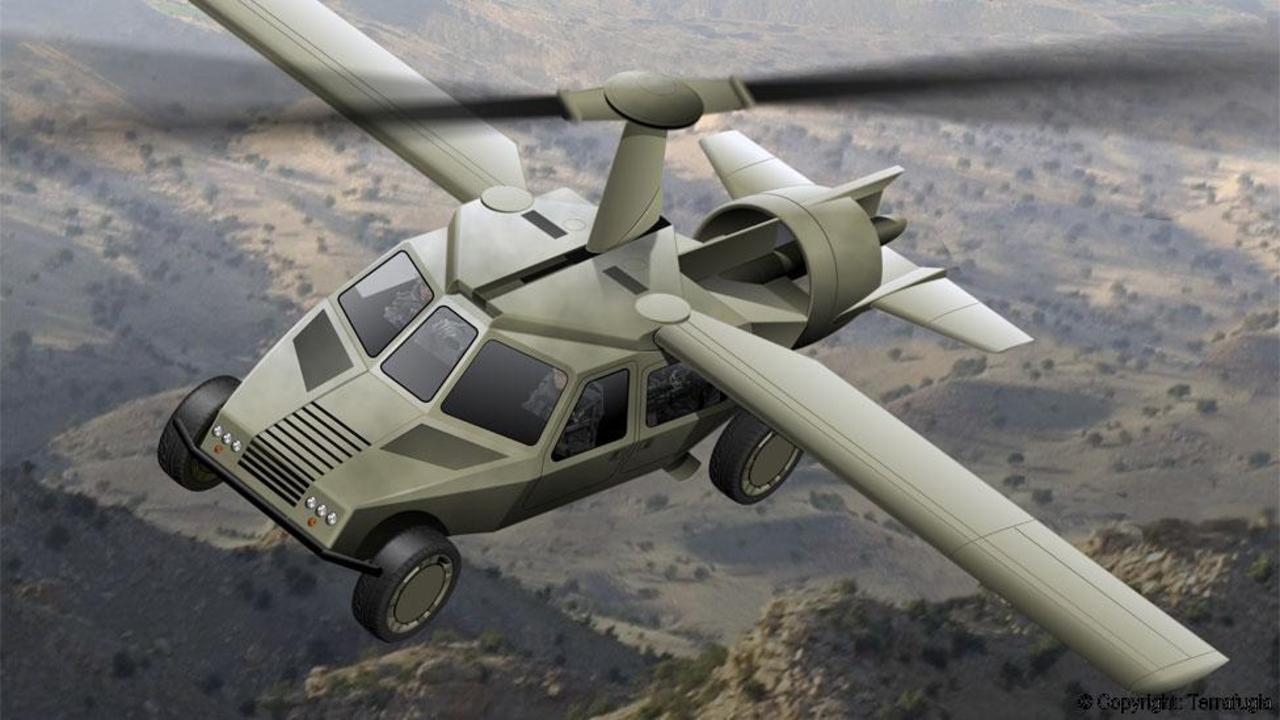 More than a dozen companies in Silicon Valley are investing in flying vehicles. Both large and small companies are spending in creating competitive flying cars that might or might not succeed depending on the viability of the technology. Most companies plan to launch their most feasible prototypes and products by 2018 or so.

Kitty Hawk, a small company operating in Google’s X Lab is backed by Larry Page. It is trying to be one of the first out of the gate and plans on establishing its vehicle in the market, by the end of 2017. The German company eVolo made a huge announcement in April, 2017 that it plans to use its VTOL-enabled aircraft, Volocopter 2X, for a pilot taxi service in 2018.

In addition to these, the air-vehicle manufacturing giant, Airbus has also started building a single-person VTOL under its Silicon Valley arm A³ as part of its Project Vahana. As per the CEO Rodin Lyasoff, the full-size prototype shall be ready by the end of 2017. With 8 rotors, the ability to achieve an altitude of about 1,000 feet and autonomous tech like RADAR and LIDAR integrated into the vehicle, the manufacturing giant has a lot to pitch in for. Airbus is also designing a flying taxi-system, called CityAirbus, that would feature multiple propellers. IT would resemble a small drone and the entire system could be accessed by the public via an app. 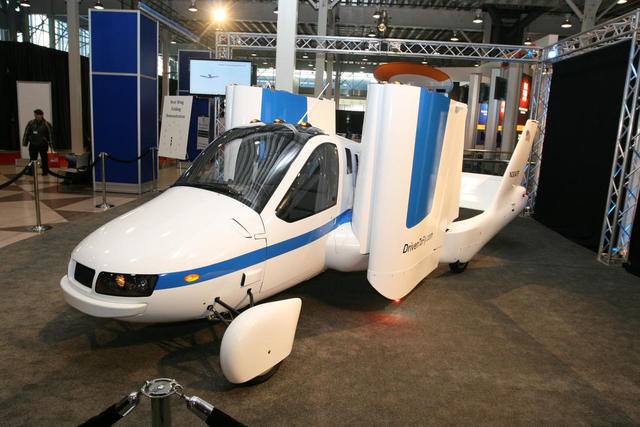 While there are several other major players banking on the concept of flying cars, Uber has upped its game and is creating the most recent buzz-wave around the concept. The taxi-service company plans to join hands with other manufacturers to leverage the VTOL technology for building a network of flying-cars for city commutes. A Bloomberg report stated that Uber has hired a veteran NASA engineer, Mark Moore who has published a White Paper on VTOL.

In addition to these big-corporate-spangled attempts to develop the technology, some other efforts are also worth noticing. Massachusetts-based Terrafugia claims that it will release a full-size unmanned prototype of its concept car ‘TF-X’ by 2018. In July, 2013, Terrafugia had showcased its “roadable aircraft”, Transition at the Experimental Aircraft Association (EAA) AirVenture event in Oshkosh, Wisconsin.

What Elon Musk has to say… 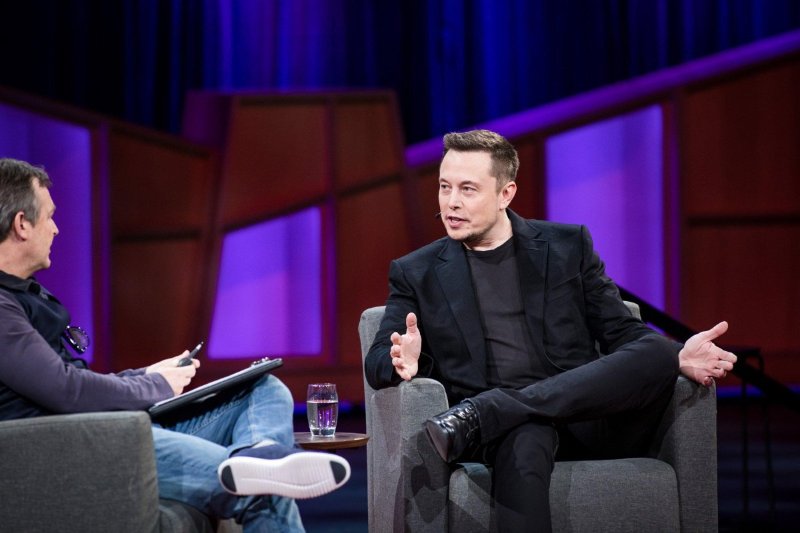 The concept of ‘flying cars’ boasts of intelligent ‘sense-and avoid’ avionics, advanced and reliable electronic systems, impressive computer-aided design, and application of principles from materials science. This has lead to a few safety authorities being tantalized to the extent that they might give the green to these vehicles any time soon.

However, Elon Musk’s viewpoint on flying cars appears to be contradictory. Musk believes that the idea is not scalable and is not the most apt solution to our traffic and roadway concerns. Besides calling it ineffective, he also deems it to be highly dangerous. To quote Musk directly, he says, “If somebody doesn’t maintain their flying car, it could drop a hubcap and guillotine you. Your anxiety level will not decrease as a result of things that weigh a lot buzzing around your head.”

In his appearance at the Vanity Fair New Establishment Summit in 2014, he expressed his concern over how flying cars could congest the skyline of all major cities. In addition to that, he sounded skeptical about the amount of noise and air pollution the flying cars can cause in the upper layers of the atmosphere.

The biggest problem the billionaire visionary sees with flying cars is: Gravity. He swears by the laws of Physics and reasons with the fact that any flying car will need to generate a lot of downward force to keep it up in the sky. That implies a lot of wind and noise disturbance for those on the ground in addition to the debris from midair fender-benders. Having stated all the concerns, it is evident that Elon Musk would not advocate the concept of flying cars.

While Silicon Valley claims that the age of flying cars is here to stay and prevail, some others, including Elon Musk have divergent viewpoints. While the debate may never end, the growth of the technology can be analyzed by monitoring the increase in number of players dealing in the market. If flying cars can fix the prevalent traffic problems or not, will be speculative until then.

Elon Musk’s vision for humanity’s future is exciting – and boring!