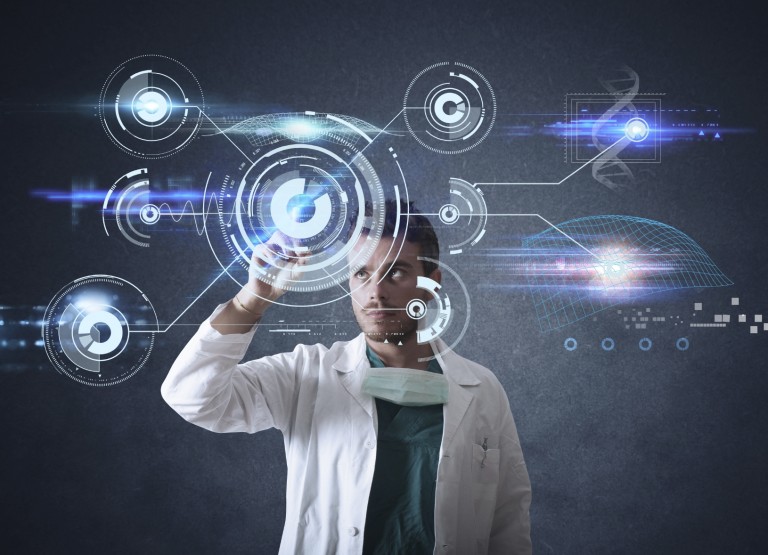 The earliest evidence of surgical treatments dates back to around 10 thousand years ago. Archaeological excavations revealed trephinated human skulls: skulls with holes in them.

From then on, countless innovations in surgical procedures have taken place: smaller and precise instrumentation, drastically reduced post surgery mortality and minimally invasive surgery. Today, we witness robots performing this. But how did surgical robots come into the picture?

The Rise of Surgical Robots

Today, the medical realm has hugely benefited from surgical robots. These have immensely extended a surgeon’s capabilities by performing dexterous operations, once rendered manually difficult. Old school surgical techniques required multiple lacerations on a patient’s body. Not to forget the risk of damage caused to the body while performing invasive surgeries.

Then 15 years ago, Intuitive Surgical’s da Vinci surgical robot took an innovative leap in medical technology. This introduced a new generation of surgery and was a major breakthrough at that time. The da Vinci robot helps surgeons become more precise and eliminates hand tremors during surgery.

Ever since Da Vinci came out, many other surgical robots were introduced. The aim was to not only increase dexterity and reduce incision size but to also make robots more intuitive in performing unassisted operations on patients.

Take for instance China which witnesses a million lung cancer deaths a year. Lung cancer is surgically treatable, only if found fast enough. Presently, it is not being found in early stages, hence a large number of deaths prevalent today. Surgeons, currently, draw from a preoperative image to search for cancer, but the lungs are a moving target. To get to cancer, surgeons deform the lungs on the way in and out.

The problem of lung cancer detection is just calling out for robotics. With surgical robotics, you can track the path in and use that same motion tracking data on the way out. This allows for maneuvers even the best of surgeons can’t pull off and reduce human error to the minimum.

We are now entering the second wave of surgical innovation, which will be characterized by the amalgamation of surgical robotics with AI and data gathered from robotic systems. Data like motion tracking can provide insights which can exponentially change how we approach surgeries.

The Future of Surgical Robots

With AI and big data analytics powering the next generation of surgical robots, 3 most promising AI systems can be incorporated in future surgical robots: IBM Watson, Alpha Go, and machine learning algorithms. Watson is capable of becoming an intelligent surgical assistant capable of storing a plethora of medical information and use natural language processing to respond to surgeon’s queries. Google’s DeepMind project AlphaGo can be a potential contender for surgical robotic AI systems. Moreover, unsupervised pattern matching algorithms would aid doctors in recognizing when a sequence of symptoms results in a particular disease.

Automation in surgery will utterly transform how we perceive the health side effects from surgeries. The next wave of AI and robotics in surgery will be a boon to the patient: less damage, increased preciseness, and shorter recovery time. Autonomous robot surgeons will potentially study all information from massive information databases and successful procedures in the past to perform in the future.This cooperation between humans and technology will elevate the level of precision and efficiency of surgeries to a level we wouldn’t have witnessed before.

What do you think about this technological future of surgery? Let us know in the comments below.

Artificial Intelligence Is The Next Big DJ