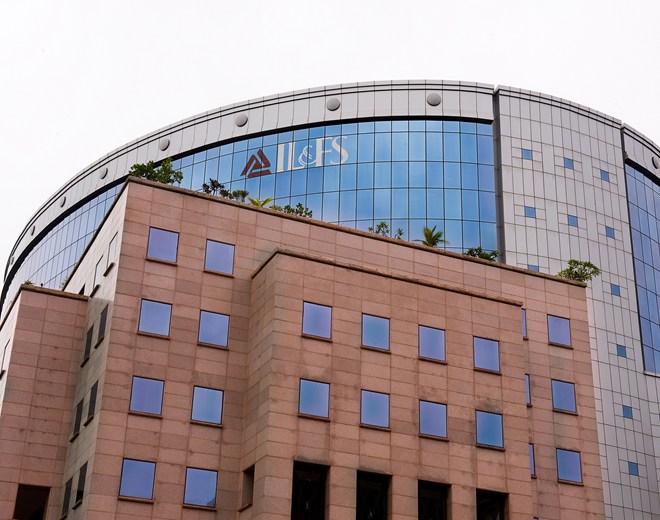 As the world marks 10 years of the Great Recession, India’s Infrastructure Leasing & Financial Services firm begins a painful path to recovery from a deep financial crisis. Close on the heels of the bankrupt Lehman Brothers, IL&FS is straddled with a large number of troubled infrastructure projects, unpaid debt repayments, default on interest payments on commercial papers and nearly 60% of non-convertible debentures that are not secured by physical assets or securities. The bloodbath of the 2008 crisis deepened by Lehman Brothers (a global financial services firm) is in some ways being mirrored by IL&FS.

What is IL&FS and how did it end up in a debt fiasco?

IL&FS is a 30-year old infrastructure development and finance company, with 256 group companies as on 2018. This includes 169 subsidiaries, joint venture companies and associate entities. Its major shareholders include Life Insurance Corporation of India (LIC) with about 25.3% of the company’s stake, followed by ORIX Corporation, Japan (a part of Mitsubishi Keiritsu) holding 23%, SBI, PNB & Yes Bank.

IL&FS bid, won and undertook so many projects that its structure turned into a highly opaque and complicated one with government partnerships in many. This was followed by relentless lending for many projects, probably because of the feeling of comfort since the risks were underwritten by the government. Auditors and the credit agencies failed to identify the troubles brewing in the balance sheet. And above all, the management team did everything to bury the mounting debt crisis under the carpet until it could no longer do so. The board failed to discharge its fiduciary duties & assisted the management in deceptively painting a rosy picture of its companies’ finances. RBI’s annual inspection report for 2014-15 warned the group that it had overleveraged and wiped out its net owned funds. The group’s crass negligence despite RBI’ warning led the Mumbai-based Infrastructure Leasing & Financial Services (IL&FS) into deep water.

The debt fiasco saw the light of the day only in March 2018 when IL&FS defaulted on a few payments, failed to service its commercial papers on the due date and postponed a $350 million bond issuance (citing higher yield demand from investors). Simply put, IL&FS did not have any cash to fall back on its repayment because of a liquidity crunch. It was due to the intangibility of the group’s assets which include financial claims on roads, tunnels, water treatment plants, power stations, a slowdown in infrastructure projects and disputes over contracts. This locked the company in Rs 90 billion of payments due from the government alone. On 28 August, 2018,  a series of defaults started, and as of March 2018, IL&FS consolidated total debt stands at Rs 91,091.3 crore, while its IL&FS Limited (Standalone) debt is Rs 15,935.4 crore. 5 IL&FS firms are being probed for fund diversion.

Is it really a deja vu?

What differentiates IL&FS from Lehman Brothers is the size of their total liabilities. Lehman’s total liabilities were 52 times IL&FS’s size and scale. Lehman’s leverage was nearly 24 times & IL&FS is leveraged 2.49 times (debt:net worth) at a consolidated level. However, both were systemically important financial institutions. Just as in the case of Standard & Poor’s, Moody’s Investors Service and Fitch Ratings, which failed to identify Lehman’s balance sheets, stressed with subprime mortgages, the credit agencies failed to spot the depleting liquidity buffers and highly challenging deleveraging plans of IL&FS and as a result, it enjoyed “AAA” rating until July 2018.

While Lehman thought it was too big to fail and seeked government bail-out instead of filling for bankruptcy, IL&FS has doused the fire relatively sooner. But it too is reluctant to declare itself bankrupt for which it may appeal to the National Company Law Tribunal, citing temporary liquidity crisis. The saving grace that helped India avert this mini Lehman moment has been the establishment of a new board comprising 6 members led by Uday Kotak. The dissolution of the last board and government intervention secured investors’ lost confidence. The company’s headquarters have been put on sale and saleable assets worth Rs 30,000 crore have been identified as part of its asset monetisation plans. Its financial services arm has been barred from accessing the commercial paper market until February 2019. LIC and SBI are ready to provide adequate corpus to help IL&FS meet its repayment obligations. However, this should not imply that PSBs will resuscitate other bankruptcies in case of Public Private Partnerships.

IL&FS should serve as a wakeup call to the top brass that enjoy a laissez faire, credit rating companies & auditors who fail to catch the strenuous cash flows, and the government. It’s time our financial systems plug the gaps that marred IL&FS, especially the asset liability mismatches & the credit risk in the NBFC space. The cogs in the wheel i.e. the audit companies should act more responsibly or we may even need to establish our own capabilities for independent credit appraisal.

After IL&FS defaulted on loans to SIDBI, rating company ICRA has downgraded the company from a ‘AAA’ rating to junk – ‘D’. This grade indicates that a huge chunk of debt needs to be paid back in near-term & the revenue from its assets are skewed for longer term. The fear of a possible ripple effect may have been suppressed temporarily but it still haunts its lenders and Dalal Street because the fact that it owes huge sums to banks and institutions only makes the contagion serious. The burden of the unpaid debt and indefinite delay in asset sales is bound to fall on the taxpayers again and the PSBs which are already battling NPAs.