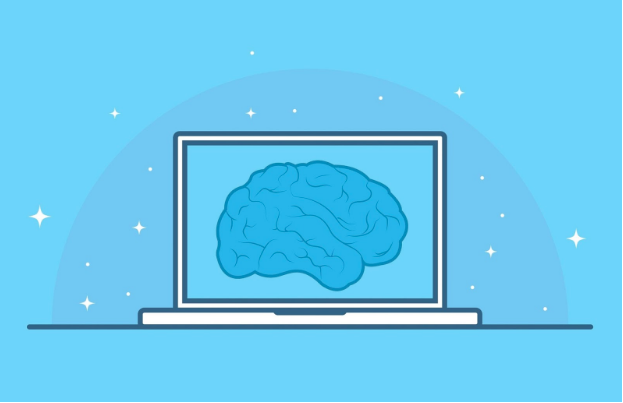 The Amazing Ways AI Is Changing The Gaming World

The remarkable ways in which Artificial Intelligence (AI) is disrupting the gaming world isn’t a major surprise.
What started as an ordinary digital helper has now taken a significant place in our lives.
An increase in computing power, the presence of extensive data, and the willingness of stakeholders to leverage these tools are a few reasons why AI in gaming has gained a lot of importance.

Today, the gaming industry is the market that’s worth more than a hundred billion dollars.
According to the stats by Newzoo, the gaming market generated $138.7 billion in revenue in 2018. This year, they expect a 9.6% increase in this figure.  Given the favorable conditions, the gaming industry tycoons are looking for better and innovative ways to fetch more customers and expand their brands.

One way of seeking an edge in this sector is to employ artificial intelligence. In fact, the gaming industry has become a center of AI realism tests and simulations to understand its application in other fields.

It won’t be false to state that artificial intelligence and gaming combine in a symbiotic companionship.

As AI started to move from experimental labs to usable development grounds, it was essential for game developers to access new tools and create intelligent games.

The cutthroat competition in the field, coupled with the demand for sophisticated games by the players, pushed these developers to use their maximum potentials.

As a result, AI has ended up creating a massive influence on the current gaming experience. Here are a few ways how it’s doing so:

Reinforcement learning is a branch of machine learning which enables the machine to learn how to behave after receiving cues from the environment. The aim is to alter the gaming strategies as the skill levels of the player advance. Many serious games in the industry help the players to improve their learning capacities. Balancing entertainment and feature transfer of knowledge is the tricky part.

The realization of its potential has encouraged many academic and industry leaders to invest heavily in it. Using RL techniques, researchers were able to achieve brilliant performance in games like Chess, Atari, and Go.

Over the past ten years, the big shot companies like Sony, Nintendo, and Microsoft have played a considerable role in improving games. Tools like 3D visualization, Virtual Reality, and Augmented Reality have resulted in highly interactive games that were out of the question a decade ago.

In the meantime, the requirements of gaming geeks have also evolved. They desire games that are closer to reality.

An aspect of using AI in gaming is to integrate voice assistants. Players can easily select an option from the game without going through the menus. Further down the lane, we presume that the collaboration between voice assistants and gaming will bring the real and virtual world closer than ever.

In his interview with The Verge, CEO of Electronic Arts, Andrew Wilson said that in future out lives will tie-up with video games as they switch from a discrete to an indiscrete experience. It is, thus, necessary for all of us to know where artificial intelligence will move in the future.

Besides focusing on design and development, developers also need to address concerns like the personalization of the games.

The artificial intelligence enables these games to study the behavioral patterns of the player. It does not only give them recommendations based on their playing patterns but also bucks them up when needed.

Suppose your team is losing a match in FIFA, the AI will respond with cheers from the fans boosting up your morale. It will automatically improve your performance.

Gamers of this day pay great attention to details. They need high-quality graphics and immersive gaming experience. Dragon Sweep and Sheep Stack by Unlimited Gamez Mo are the best examples of such games. Instead of scripted plots, they prefer having sophisticated relation with the player while they play. Quality of the gaming experience can make or break their position in the market AI can help to bring this to a whole new level.

Adoption of AI in games will bring about a substantial transformation in the game development sector.

There is no choice for developers but to embrace AI with open arms. They need to dive in and discover ways to improve their operations. Concepts like pathfinding, genetic algorithms, and function-oriented movement are some products of AI.

Developers should have thorough information about ongoing trends and new technologies. Alex Champandard of AiGameDev.com’s said something quite interesting in his recent interview. He said:

As AI widens the circle, the developers need to skill up their AI techniques too. They should work to design smart games after detailed scrutiny of the trends in the industry. Constant measures to upgrade their games will refine the skills of the developers and enable them to provide better options to the public.

Mobile is the new focus

A recent report from Activision Blizzard Media and Newzoo, Betting on Billions: Unlocking the Power of Mobile Gamers, forecasts that 2.4 billion people around the globe will play a mobile game in 2019. And as per an estimate, by 2020, the total number of U.S. mobile gamers is predicted to rise to 213 million.

The growing numbers of smartphone users are a clear go-ahead signal for the developers. Hence, the mobile gaming industry is a gold mine, and you need to craft clever ways to reap the most out of it. The high processing power of smart devices has allowed developers to create better designs.

Ten years from now, there will be a humongous change in the gaming sector. The field will continue to evolve. And we will soon enter an exciting era of gaming, which will be far more realistic and thrilling.

Are you ready to jump onto the AI bandwagon? Share with us.