The Coronavirus Pandemic vs Other Pandemics in History 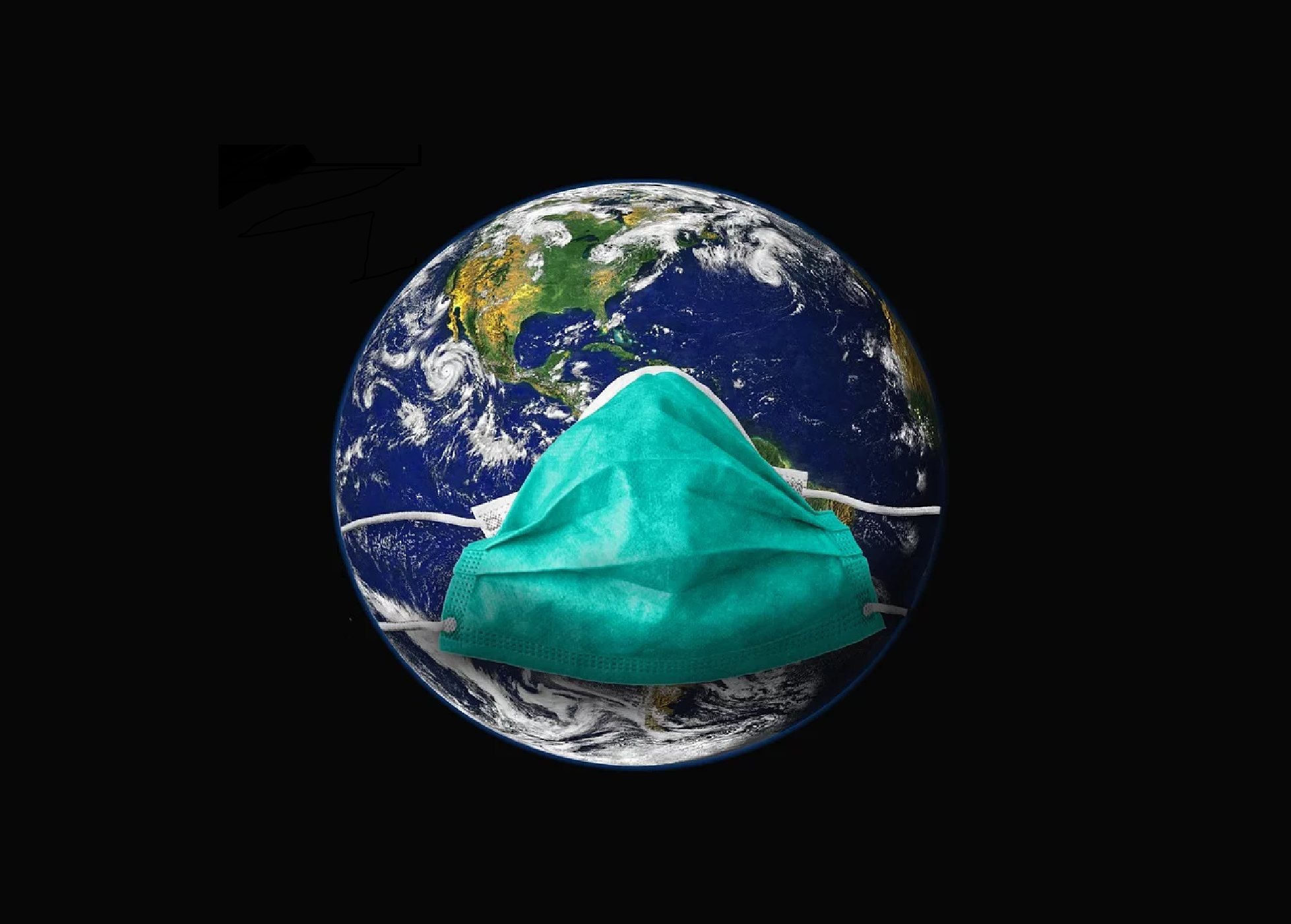 On 11th March 2020 the World Health Organisation (WHO) declared Coronavirus, or Covid-19, a global pandemic. By then, the virus had already affected over 118,000 people in 114 countries across the world, and caused 4291 deaths. While this was a shocking spread in a matter of months, most of humanity failed to accurately judge the severity of the matter. The consequences were quickly within a month from this declaration, with most of the world on lockdown and the total number of deaths exceeding 50,000. Under such dire circumstances with not much in terms of a treatment in sight, let’s take a step back and look at some of the worst pandemics in history that have ravaged the world.

One of the first true pandemics in history, The Black Death refers to the deadly bubonic plague which swept through the Middle East and Europe in the 14th Century, caused by a strain of the bacterium Yersinia pestis, spread by fleas on infected rodents. Ole Jørgen Benedictow, in his book “The Black Death, 1346-1353: The Complete History”, estimated that it caused the deaths of a staggering 50-60 % of Europe’s population. It is said to have caused a total of nearly 200 million deaths across the globe.

The worst aspects of this plague, perhaps, is that parts of Europe and the Middle East never really recovered from it until well into the 18th Century. Every 10-20 years or so, Black Death outbreaks returned to previously affected areas, becoming so distressingly regular that medieval people grew accustomed to the periodic loss of population.

One positive outcome of the 1346 outbreak was the invention of the quarantine. People had little to no scientific understanding of infection or contagious diseases at the time, but somehow realised that it had something to do with proximity. Officials in some parts of Europe started keeping newly arrived sailors in isolation until they could prove that they were not infected.

Ranked amongst the worst not just in the history of flu pandemics, but pandemics in general, the devastating Spanish Flu outbreak affected approximately 500 million people from the South Seas to the North Pole. This was about a third of the global population at the time. The nmortality rate of the Spanish Flu pandemic was estimated between 10 – 20 %, with death toll counts widely varying from 50 million to a 100 million. No one knows exactly where it originated, but it was first observed in Europe, parts of Asia and America before spreading to every corner of the world. The pandemic got its name “Spanish Flu” mostly because the Spanish media was relatively unrestricted in reporting it, giving the impression that the nation was one of the hardest hit due to the disease.

What made the Spanish Flu unique in the history of flu pandemics, and distinct from influenza outbreaks of the past was the victims. While influenza is usually the most devastating for people with low immunity like infants and the elderly, this particular outbreak struck down the strong, healthy population and left those with weaker immunities alive. It was only almost a century later that researchers found out what made the 1918 flu so deadly. According to History.com, “In 2008, researchers announced they’d discovered what made the 1918 flu so deadly: A group of three genes enabled the virus to weaken a victim’s bronchial tubes and lungs and clear the way for bacterial pneumonia.”

There was no vaccine or treatment of the flu at the time, and it hit society hard. It ravaged several economies and is estimated to have killed more than 3 % of the world population. Communities all over the world imposed quarantines, prescribed masks and shut down public places like schools and religious meeting places. However, it was only after a devastating two years that the pandemic finally came to a natural end, with the people affected either dying or developing immunity.

There have been several global showings of influenza, including the Spanish Flu. The Asian Flu pandemic is among the more devastating ones. It killed an estimated 1.1 million people globally, caused by a blend of avian flu viruses. The disease was first reported in Singapore and Hong Kong in 1957 and spread throughout China, followed by the United States and then England, where it took over 14,000 lives in a period of six months. This first wave was followed by another, more severe one, which caused more than 1 million deaths throughout the world. The Asian Flu pandemic was finally contained by a combination of natural immunity and the development of a vaccine in 1958.

Compared to the earlier flu pandemics in history, the swine flu pandemic was relatively tame, although that could be attributed to the advanced healthcare systems available throughout the world as much as to the potency of the virus itself. It was caused by a new strain of H1N1virus that was first seen in Mexico in spring 2009, before spreading to the rest of the world. Nearly 1.4 billion people were infected across the world, with between 151,700 to 575,400 fatalities caused by the H1N1 Swine Flu pandemic, according to the United States’ Centers for Disease Control and Prevention (CDC).

The H1N1 Swine Flu virus primarily affected children and youth, causing the deaths of mostly people under 65 (80% of the deaths were from this category, according to CDC). This was unusual, since influenza usually hits the elderly population the hardest. Researchers reached the consensus that this discrepancy was because older people already had the immunity against the group of viruses that H1N1 belongs to. The Swine Flu pandemic was contained within a year of its outbreak, with the development of a vaccine.

Although Ebola was not as widespread as several of the other pandemics and its level of devastation was lower, during the two years it was rampant, the virus ravaged West Africa and affected a limited number of people through Europe and America. Originating in Sudan and the Democratic Republic of Congo in 1976, it only caused devastation nearly 40 years after the first case, affecting an estimated 28,600 people and killing 11,325 of them.

The Ebola virus is believed to spread only through contact with the bodily fluids of the affected person, which is the reason it could be contained within two years and less than 50,000 cases. However, though relatively rare, it is often deadly, as seen by the nearly 40% fatality rate during the pandemic. There is no cure or vaccine for the disease, although efforts are ongoing.

The above list is by no means exhaustive, as there were several other less severe pandemics in history, scattered throughout the years. However, there is a less spoken-about variety of pandemics – long-term pandemics. Diseases like malaria, HIV/AIDS and polio have not really been exterminated, and cholera, measles and smallpox ravaged the world for decades before a cure or vaccine finally helped contain them. According to the World Health Organisation, there have been more than 400,000 malaria-related deaths worldwide every year, consistently, while AIDS results in more than 500,000 fatalities. These pandemics are even more dangerous than the outbreaks that come and go, because their death rates remain somewhat consistent through the years, despite the existence of treatments and vaccines.

Coronavirus, or Covid-19 saw its first case in November 2019 in the Wuhan province of China. As of April 2020, nearly 6 months later, it resulted in a global quarantine zone with no end in sight. Fortunately, the prevalence of social media and the internet has served to keep us all updated about the crisis. The fatality rate is estimated at about 2%, and it is known to spread mainly through droplets generated when an infected person coughs or sneezes, or through saliva or discharge from the nose. Here are some interesting facts about the Covid-19 pandemic that you may not know.

The notion that pets can get infected by the virus and can, in turn, spread it to us, is a myth, so pet owners can rest easy. The World Health Organisation has announced that dogs are immune to the disease, and so are cats and cows.

2. BCG vaccine may create immunity against the virus

According to some researchers, countries with universal policies of Bacillus Calmette-Guerin (BCG) vaccine have been less severely affected than those without such policies. The BCG vaccine, administered to millions of children in countries with BCG policies to protect against tuberculosis, could be a game-changer in the fight against coronavirus, according to US researchers. The research on this is not definitive yet, but scientists are working on the correlation between the vaccine and an immunity against the virus.

Influenza viruses commonly affect the elderly and the children more severely than others. But unfortunately, this is not the case with coronavirus. There have been cases of people older than 90 in India and Italy to recover from the disease, as well as cases of younger people being killed by it.

4. The virus is not air-borne

The World Health Organisation has been clear about the fact that the novel coronavirus is not air-borne under most circumstances. It spreads, instead, through droplet transmission, wherein a person is within 1 metre of an infected individual with respiratory symptoms like sneezing and is therefore exposed to the mucus.

5. Pollution levels around the world are down

There’s a lot of bad news surrounding the coronavirus pandemic, with no end in sight and more people getting affected every day. However, there is at least one major positive thing that has come out of the entire calamity, and that is a dramatic reduction in pollution levels. The shutdown of public places, schools and offices around the world has resulted in less vehicular pollution as well as a reduction in industrial pollution levels, with Delhi showing as much as 71% reduction in PM2.5 levels. A similar trend is being seen in other major cities throughout the world, too.

These facts are only meant to dispel some of the more common myths surrounding coronavirus, and this is, by no means, an exhaustive list. For further information on the coronavirus pandemic, here are a few resources to refer to:

In a nutshell, pandemics in history have not been uncommon, having ravaged the world multiple times in the past, causing significant devastation in terms of human life as well as economies. In fact, it is pandemic preparedness procedures that have contained many of them from being far more devastating than they were. We’ve even leveraged new technologies – like the internet of things for healthcare measures during the Covid-19 crisis. The lockdown/quarantine measures implemented in several countries during the coronavirus pandemic however, are unprecedented in pandemic history. Hopefully, they’ll help reduce the rate of infections and flatten the curve.