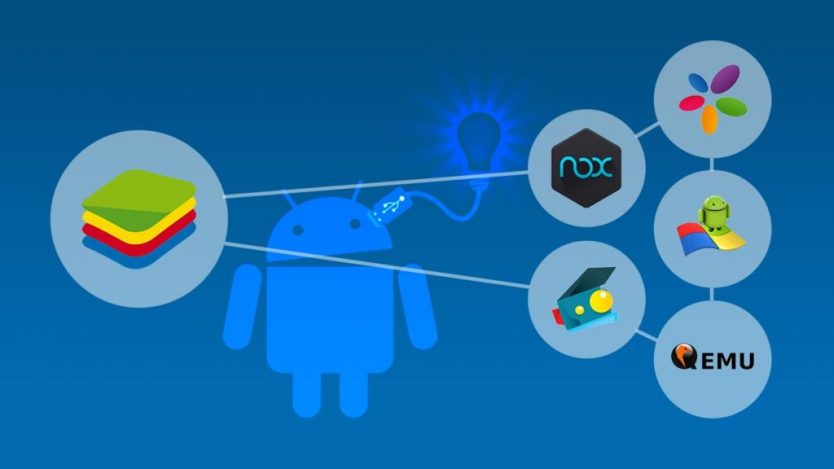 The 5 Best BlueStacks Alternatives You Should Use in 2020

The concept of having a virtual machine that can emulate Android games and software on the PCs is not new, but it is still one of the most talked topics among the people. Despite the decreasing prices of the smartphone, there are many people who prefer enjoying mobile games on their desktop rather than buying a smartphone.

BlueStacks is one of the oldest virtual machines, widely used for emulating games and software. But on predictable lines, safe to assume that when there is something too good out there, you will soon start hearing negative rumors about them. One such rumor on BlueStacks has been the question of “Is BlueStacks safe”. This question has persisted for quite a long time. And it continues to attract a variety of discussions with no clear conclusion.

With that being said, I have come up with more virtual machines that may take its place in the upcoming future (depending on their performance). This is to prove that virtual machines are not something that harm your system. Rather, you can say that they just increase the load on your CPU. Here’s a list of the best BlueStacks alternatives in 2020.

Nox player is one of those tools considered most suitable amongst alternatives to BlueStacks. Starting from the features, to the function, NOX player is like a twin brother. I tried this player just to check how well it works and boy, I was surprised just how many features it has at its disposal.

Starting from the gameplay optimization, customization of every setting, the ability to change to other android devices, it has all the features that you can expect from a virtual machine.
Nox player is based on Android Lollipop and sporty user interface. However, there is one factor that makes NOX player better than BlueStacks – you can gain root access with it.

MEmu is the newest addition in the emulator industry. Despite its young age, it had gained quite a traction in a short period of time. MEmu play is packed with a lot of features, but there is one feature that grabs everyone’s attraction is that it supports both Intel and AMD CPUs.

Apart from supporting multiple CPUs, it also comes with the ability to support multiple instances. This means that you can open different kinds of windows for three different Android platforms. For example, if you’re working with Jelly Bean, KitKat, and Lollipop simultaneously, you can run all the Android based applications on three different windows.

If you are one of those people who wants to have a virtual machine solely for playing android games on your PC, then LDPlayer is the best option for you. This emulator specializes in optimizing game players with the help of this software.

After the installation of the LDPlayer, you will see that there is a dedicated app for all the games that you can enjoy.

Gameloop is amongst the best alternatives for BlueStacks if you want to play games with the help of the virtual machines. It is the most versatile emulator that helps you play a wide range of android games. You would be surprised that the Gameloop (earlier known as gamer buddy) is developed by the Tencent company to run experiments on playing android games on PCs.

Custom Essay Papers: What Is the Most Reliable Service to Order Papers Online?

In addition, you also get Google Play Store by installing a separate module. Hence, you will be just a click away from all kinds of Android games, applications, and software. So, if I may put it straight – if you want an emulator as BlueStacks but primarily for gaming purposes, Gmaeloop is all you need.

If you are an Android developer and want to test out your programs are fine or not. Or your app is well under performing condition or not. Then you might like to use the Genymotion as an alternative for BlueStacks.

Genymotion is a virtual machine that works on both the computer system and the cloud system. You just need a web browser to run this virtual machine on any operating system (Linux, Windows, or macOS). In addition, you are left with many possible options as you can select any platform from android 4.1.

However, you must keep this in your mind that this emulator does not support heavy performing apps and games. So playing PUBG and COD is out of the scope. Otherwise, if you are using this virtual machine for operating lighter apps. Then you can enjoy them comfortably.

That was our list of emulators that can be considered compelling alternatives for BlueStacks. If you take a broader perspective, you’ll see every emulator has its own strengths and weaknesses. Your pick from this list of BlueStack alternatives, will ultimately hinge on your requirements.