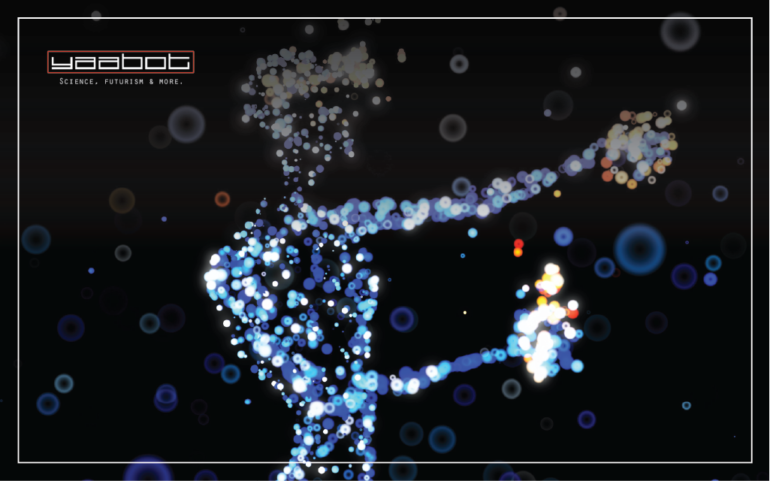 “Can virtual reality recreate the effects of DRUGS? Firm reveals ‘acid trip’ for HTC’s Vive could soon go on sale”.

This headline set forth a very interesting discussion – Will VR technology have sufficient recreational effects on ourselves so as to replace psychedelics in the future? While psychedelic drugs and virtual reality look like two ends of a rope,  the use of psychedelics and virtual reality to change sensory perception is quite similar since they can temporarily shift perspective and interfere with fixed thought processes.

So, how did this come about? Let’s understand along a robust timeline.

Psychedelic drugs or hallucinogens are a class of chemicals typically consumed for recreational purposes to alter and improve sensory perceptions, mental processes, and energy levels and promote spiritual experiences.

In the 1960s, hallucinogens were utilized in psychotherapy, as highlighted in the therapeutic paper titled, ‘Use of LSD in Psychiatry’. Traditional hallucinogens are psychoactive drugs that are thought to exert their effects via activating the 5-HT2A serotonin receptor primarily. Experimental studies have previously demonstrated that the major effects of these drugs are attenuated when 5-HT2A antagonists are used in both rats and humans.

In psychology and psychiatry, psychedelics are quietly making a comeback as an effective treatment for conditions like anxiety, depression, post-traumatic stress disorder (PTSD), and others. Regulated treatments are still in the experimental stage and are not widely available.

The typical effects of psychedelic drugs include delusions, altered depth and time perception, hallucinations, a sense of joy or certainty, distorted perceptions of movement, color, sound, touch, and body image, as well as distortions of time and identity.

Due to their potential use as a “catalyst” in cognitive therapy, psychedelic drugs have become quite popular in treating mental disorders. These drugs may shorten the months of therapy required to treat depressive or anxious disorders. And since it has been observed that this kind of substance can also be used to treat drug addiction, the properties of these mysterious substances are being studied extensively.

On the other hand, In the past ten years, virtual reality has advanced significantly, largely due to its potential applications in architecture, the arts, engineering, and video games. More recently, however, it has gained attention in the fields of psychology, medicine, and psychiatry. There is a growing interest in its therapeutic potential for the treatment of a variety of pathologies, including anxious and depressive disorders as well as schizoaffective disorder. There have been encouraging studies on the potential for virtual reality to emulate the mystical or metaphysical experiences brought on by psychedelics.

When the majority of people think of virtual reality, they picture a gaming environment, something that is intense but also incredibly immersive. However, VR is particularly effective at blocking out any other inputs, which is crucial in this scenario because your environment has substantial effects on your psychedelic experience. You may have your own space in virtual reality where you are left with a blank canvas on which to erect your environment by eliminating anything in your immediate vicinity that doesn’t benefit you.

The Connection Between Psychedelic and Virtual Reality

The relationship between psychedelic drugs and virtual reality has a long chronology. Mark Pesce, one of the significant contributors to Virtual Reality Modeling Language (VRML), has claimed to have had a “moment of clarity” while under the influence of psychedelic drugs. Virtual reality, much like psychedelic substances, enables a three-dimensional, non-passive feeling of immersion in a world that is not quite the same as our everyday, unaltered reality.

The capacity of psychedelics to modify perception, particularly visual processing, is one relationship between psychedelics and VR. DMT is a potent hallucinogen that can transport users to extraordinary and vivid mental landscapes. Moreover, “visions” are a common side effect of other traditional psychedelics, but they are more prominent in DMT reports. This trait has ramifications for both entertainment and therapy. Virtual immersion into anxiety-provoking events has been used in conjunction with exposure therapy to improve results for anxiety disorders; for instance, it has been demonstrated that the aesthetic appeal of virtual worlds influences their entertainment value.

The ability of VR to serve as an “immersive distractor” may be a contributing factor in its effectiveness as a mental health treatment tool. This capacity to separate the participant from other sensory experiences may account for, among other things, why VR significantly reduces pain in both acute and chronic diseases. Therefore, while VR is mostly known for its capacity to arouse the senses, it also appears that its therapeutic value depends on its capacity to dull them.

Advocates, enthusiasts, and some academics believe that both psychedelic drugs and virtual reality may be able to treat a variety of mental diseases but might sometimes have adverse effects such as projectile vomiting. But should they stop there, or should virtual reality technology one day imitate a psychedelic trip and displace drugs?

Agnieszka Sekula and Prash Puspanathan, co-founders of Enosis Therapeutics, Australian medical technology and research firm that is looking into the use of virtual reality in psychedelic therapy, described that to prepare for a psychedelic session, one method they use virtual reality in is to let patients design and construct their environment from the ground up. Another application for virtual reality is the change from ordinary awareness to altered consciousness and back again. In terms of letting go and submitting to the experience, these are the phases of the psychedelic trip that are the most challenging. Before the full effects start, patients may find it difficult to give up and let go of whatever fears they may have about the experience.

VR technology is particularly helpful for exposure therapy patients with PTSD and other anxiety disorders because it enables them to address and confront their concerns in a controlled manner while evoking a real-but-slightly-diminished emotional response. For instance, a patient who is afraid of heights would be able to enter an elevator constructed of virtual glass gradually. A doctor can lead a tour for a combat veteran to relive their traumas.

Many people have gotten ahead of the pack and already use psychedelic and VR for recreational purposes. On well-known websites like Reddit, entire online communities have emerged to discuss using VR while using psychedelics. For example, recreating psychedelic hallucinations in VR might be a useful way to get participants used to the severe sensory distortions that are frequently encountered in psychedelic states.

Suzuki, the Japanese multinational company, created VR technology that creates visual phenomenology compared to the effects of traditional psychedelic drugs on a qualitative level, which might be used to set up people. The use of this technology to manipulate consciousness in an experimental setting has the potential to lead to new directions in psychological study. VR may be helpful during psychedelic experiences by enhancing the therapeutic environment, which is frequently cited as being essential to the drugs’ advantages.

David Glowacki published his work on group VR experiences in May 2022. His publication described a virtual reality framework, “Isness-D”, meaning Issness-distributed, that utilises the special affordances of distributed multi-person VR to obfuscate traditional self-other boundaries. Groups of individuals co-habit a shared virtual realm in Isness-D, where they all experience their bodies as luminescent energetic essences with hazy spatial boundaries. It allows for instances of “energetic coalescence,” a brand-new category of embodied intersubjective experience in which bodies can seamlessly fuse together and allow participants to include several other people in their perception of themselves.

A startup called NUma, based on the Isness-D by Glowacki also works similarly. Anyone with a VR headset may sign up for weekly Isness sessions of NUma. The startup offers a comparable experience called Ripple to assist patients, their families, and their carers in coping with a terminal illness. It also sells a condensed version of Isness-D to businesses for virtual wellness retreats. One of the paper’s co-authors also tested Isness-D in couples and family therapy.

Virtual Psychedelics and Lobe Sciences created the Krysalis Pod in April 2021. The Krysalis Pod is planned as a headset-free virtual environment that makes use of multi-sensory stimulation to develop an application that can provide alternatives for treating cognitive, psychological, motor, and functional deficits across a variety of clinical health issues.

While VR technology can recreate some of the visual impacts of psychedelic drugs, it is obvious that further research and development are required for VR to replicate the subtleties of the drugs’ perceptual effects accurately. This presents a constraint to the current research. An emerging field of inquiry that combines with psychedelic research is the improvement of VR-induced synesthesia. Future studies should also determine which virtual settings are most suitable for psychedelic therapy and examine whether these parallels and combined applications vary among diverse psychedelic drug kinds.

The linkages between psychedelic and VR will significantly impact research in the psychology field. These results are consistent with the recent rise in interest among scientists in the relationship between technology, psychopharmacology, and mental health. Especially given the rapid advancements of technology and the various breakthroughs in different corners of the world everyday, there is a ton of scope, which makes this an extremely interesting topic to be kept up with.

Virtual Reality: The Space Programme for the Masses