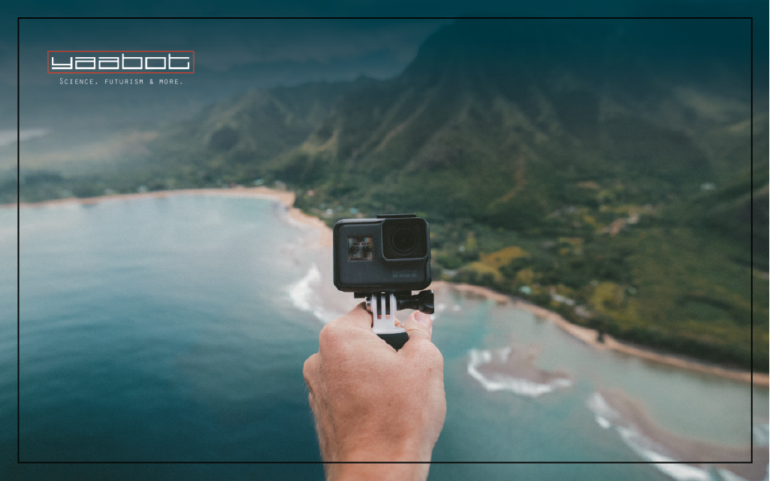 In the content age, where streaming platforms are populated with a sea of videos, it is essential to be the best to build your brand and get people to watch your videos. If you want to level up your vlogging game by investing in a GoPro camera, you have come to the right place! Let’s explore all the best GoPro cameras on the market right now and how you should choose the action camera to fulfil all your vlogging needs.

What is a GoPro camera?

If you have already been dabbling in vlogging for a while, you know what a GoPro is. However, for someone looking to get involved and delving into it all for the first time, it cannot be very clear, which is why we’re here to help.

A GoPro is a compact camera that can take high-quality and immersive action shots. In that regard, the viewer can feel like a part of the adventure since GoPros are leaps and bounds ahead of smartphones or normal cameras. The parent company is named after the product itself, and through the years, it has become synonymous with action cameras. A GoPro is to action cameras what Google is to search engines.

YouTuber Casey Neistat is largely responsible for popularizing this form of vlogging through a GoPro camera. Since then, the genre of action-packed vlogs documenting people’s crazy adventures has taken over the streaming platform. Even if you don’t regularly jump from cliffs or skydive, GoPros are a great way to create exciting and immersive everyday vlogs for your audience.

Let’s talk through the different models of GoPros on the market right now.

This is the most advanced camera in the GoPro lineup yet, which validates its higher price relative to other models. It has a HyperSmooth 4.0 stabilization system, a step up from the previous one, which is more effective when capturing video at 5.3k 30fps or below. Users can now switch between slow-motion and normal-time seamlessly with the TimeWarp 3.0 feature that makes transitions smoother. Moreover, the new GP2 processor is a great enhancer that powers the camera and makes it faster than all its predecessors.

Launched in 2020, this model stands pretty close to GoPro’s tried and tested earlier models with only some changes here and there but is still a solid option for customers. It is multifunctional, enables you to shoot 5K videos, and the HyperSmooth 3.0 stabilization contributes positively to the video quality. It also has a bigger display and battery life than its predecessors. However, users have experienced that the processor is a little slow and less responsive than other models, which often hinders performance. The stabilization system does mean that the camera is heavier, which must be considered since it directly affects the ease of shooting with it.

One of the earlier models, the Hero 8, can be seen as the torchbearer since it was the first fully-functioning vlog camera. With a microphone at the front of a camera to hear your voice clearly over background noise, enhancing the quality of the video. The customizable nature of the camera also allows vloggers to set up their Hero 8 with mods and tripods. It is, however, not very different from the previous Hero 7, which makes people hesitant.

This action camera, like the others in the GoPro range, boasts a good HyperSmooth stabilization system as well as a TimeWarp feature. Its waterproof feature also allows vloggers to carry it around and film their adventures even when it’s raining. The live streaming feature also helps create and publish content in a refreshing way. Moreover, the two-inch touchscreen and good battery life facilitate the filming process. While this earlier model may lack newer features that the Hero 9 has, it is a steady model for people with little to no technical experience dealing with camera equipment looking to get started.

One of the models with a relatively hefty price tag, the Fusion camera is an impressive camera that allows for seamless 360-degree filming. It also has an audio feature that works parallel to the 360-degree shooting that is unique to the Fusion only. It has a removable battery and a large storage space for your videos but is twice as large as the Hero range cameras, making it more difficult to carry around.

This is a good choice for anyone interested in action vlogging or interviewing since it combines the features of the GoPro Fusion and the hero range to create a powerhouse action camera. It also improves on the Fusion model with its smaller and more compact size and increased number of features. The PowerPano mode also allows vloggers to capture images at 270 degrees without any risk of distortion.

The earlier GoPros in the Hero Range are quite similar to the newer models but have some modern technological features missing, which has made them quite scarce within the vlogger community. However, a Hero 5 or Hero 6 could be a good option for someone just dipping their toes into the vlogging world for the first time.

Your content is unique to you, so your GoPro should have the best features to facilitate the best filming experience. It is important to select a camera with features that complement the type of content you want to make. The best GoPro camera for snowboarding would have crisp and clear images with a sturdy body, while the best GoPro camera for motorcycle vlogging would have various mounting options to go along the wide view angle.

With the sheer amount of different GoPros available, it is essential to understand your needs and research before choosing one, especially since it is a considerable financial investment.

If this article helped you understand the best GoPro camera model for you, hopefully, it helps kickstart your YouTube channel. See you on the trending list soon!

Cinematography & Psychology: How the camera decides what we feel