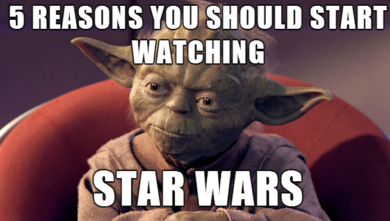 I’m going to be nice today. If you haven’t seen Star Wars yet, I’m not going to disown you – instead, I’m going to be my courteous best, and tell you what you’re missing out now. Originally released in 1977, the Star Wars franchise has remained more than cult classic. The epic series has been followed by millions, perhaps billions worldwide. There are of course, fools like you, who haven’t seen it yet. It’s more of your loss, though. You should buy yourself that DVD or Blu-Ray collection while there’s still time. Here are 5 reasons you should start watching the series: 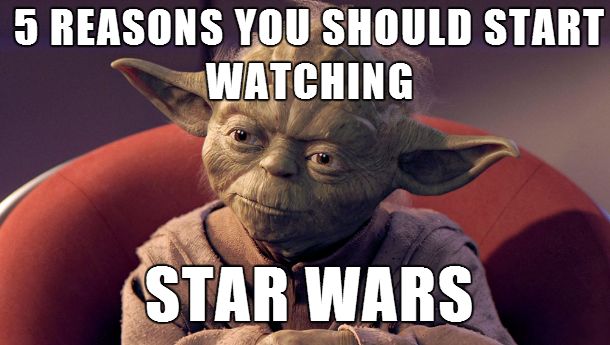 #1 – To see the way people looked at the future then

Um.. you might have seen 2012. Or Independence Day. Or the Day after Tomorrow, I am Legend or even the Hunger Games. These films, contradictory to any view, have a quite pessimistic  view of the future. But in the 80s, when George Lucas thought of these films, the future was well, awesome. You had colourful cities, droids that were “fluent in six million forms of communication”, droids that could repair planes and space shuttles, and guys wielding lightsabres who could control your thinking. Oh wait! They even had teensy weensy things called midichlorians, and even two suns. That’s enough of guy stuff. For girls, you’ve got excellent dresses, and out of the world (literally) hairdos.

#2 – For all the interesting (and weird) characters

You could consider Jar Jar, Chewbacca, Admiral Ackbar(even a popular meme….the It’s a trap! Guy) and a personal favourite, Jabba the Hutt. Even Yoda. No more explanation needed.

Oh, look! Even the names are weird! Check out Qui-Gon Jinn, Obi-Wan Kenobi (sounds comical but the name belongs to a prominent character), Darth Sidious aka the Emperor(main main bad guy of the Something Something Dark Side fame) Boushh, Boba Fett, Jango Fett, Gungan god Oma-Oma, or Mace Windu.  Star Wars is always an interesting place to look for these. 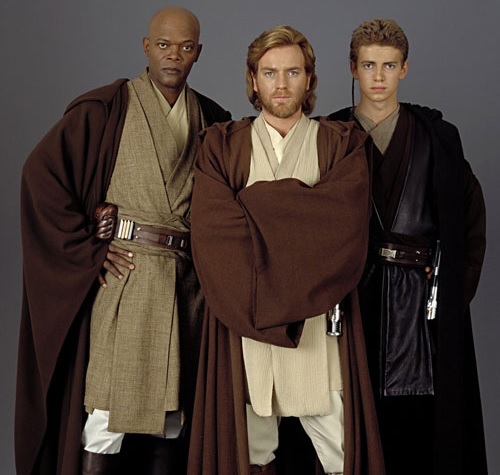 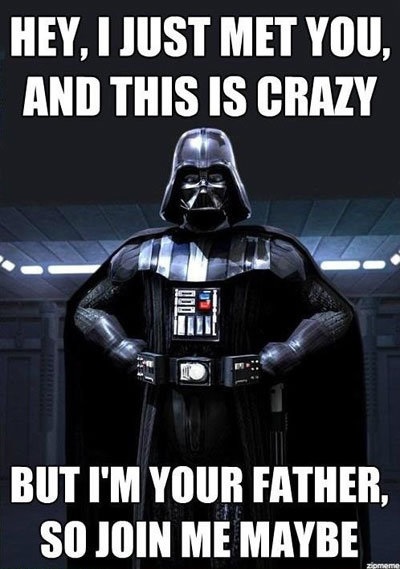 Yeah, that plot twist that made the world (practically) go “What?”.

Darth Vader: No, I am your father.

Luke Skywalker: No, that’s not true.

And, Senator Palpatine being the Dark Lord he’d told Anakin who’d killed his own teacher, and Anakin’s conversion (shitty thing the prequels came after the sequels)

And Luke and Leia being siblings, even though she kissed him in front of her bf-to-be (Han Solo) in Ep. V, was a somewhat major twist.

#5 – For all those wonderful characters

Huh. Ewoks on Endor, Wookies of Kashyyyk, Gungans of Naboo, the list is endless. And yes, many people literally relate to the characters. The most common in Han Solo. Well, it’s your choice.

Darth Vader, too, is an enjoyable character. You start liking him when he’s Jedi yet again (The Return of the Jedi, duh) in Ep. VI, but well, it’s too late. But hey! The prequel series brings more from the life of the character. It was HIS story, anyway. You can’t blame him for turning to the dark side. Everybody makes mistakes 🙂

BONUS Addition: For all its wonderful dialogues and philosophy

The world of Star Wars is an excellent place for people interested in philosophy. See the well crafted dialogues? You have me there. Here’s a compilation of awesome dialogues:-

“May the force be with you.” (a bit like saying, may God bless you)

“The ability to speak does not make you intelligent” (self explanatory, applies to all)

“I find your lack of faith disturbing.”

Moving on to the innocent, noble stuff – Star Wars also preaches the power of knowledge, the significance of living according to a code of conduct, the consequences of its violation, the importance of maintaining self-discipline, regulating our emotions, and that good and evil are two sides of the same coin.