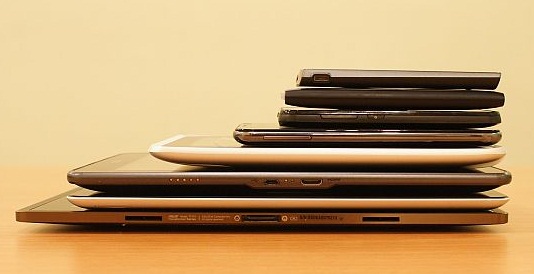 My friend was telling me the other day about her shopping adventures in Bangkok, usually it’s kind of boring listening to her but then she said something interesting: About finding a pair of jeans, “designed for the Note 3”. The moment I heard this a lot of rather absurd ideas rushed into mind. Some of them along the lines of , a pair of jeans with Bluetooth connectivity, which just unbuttons itself on sliding the “slide to unbutton” tab or a body monitoring system fitted into the jeans,  which tells you the next time you’ll be going to answer nature’s call. But unfortunately, no! , it was none of them, it was just a pair of jeans with pockets large enough to fit the size of the note 3. Damn! What a bummer! I even went to the extent of thinking about this concept making it into the next Bond movie.

Ok so what is up with screen sizes these days? Phones are actually getting bigger then people’s faces! I’m a bit concerned because I’m a big person with a very small phone (3.5” screen). How big are they going to get?

Well here’s what I read on an article online. This is what Patrick Harrison who works at Vodafone UK, who has seen some of the phones to be released in the coming years has to say –

“There’s definitely a trend for growing the screen and keeping the device size down – to not increase the overall size of the device but to try and squeeze as much screen in as possible.”

“We’ll come to a limit though,” he tells us, “where up to the 7-inch mark is the maximum size. There’ll be plenty of phones at over 6-inches that size that’ll look like bigger version of whatever’s the current flagship.”

Alright, so phones stop being called “phones” when they cross the 7 inch mark. Then they become tablets or “phablets” or whatever other portmanteaus people are coining these days. So at present, we have the Samsung Galaxy Mega which is 6.3” and still called a phone.  By next year, we should be seeing phones hovering around the 7 inch mark too. And then what?

Screen size is probably the most noticeable hardware feature that manufacturers can add to the phones. So they quite generously increase the size of every phone they subsequently release. Take a look at the way Samsung increased the display of its frontline ‘S’ series in the past years. The Galaxy S which started at a 4 inch screen in 2010 got upgraded to a 4.3” display in the SII then to 4.8” display in the SIII and now presently we have the Galaxy S4 which stands at 5 inches! That’s quite a dramatic increase in 3 years. We can pretty much say Apple played it a lot safer by increasing the display of the iPhone from 3.5” to 4 after so long. Apple fans still have something to look forward to. 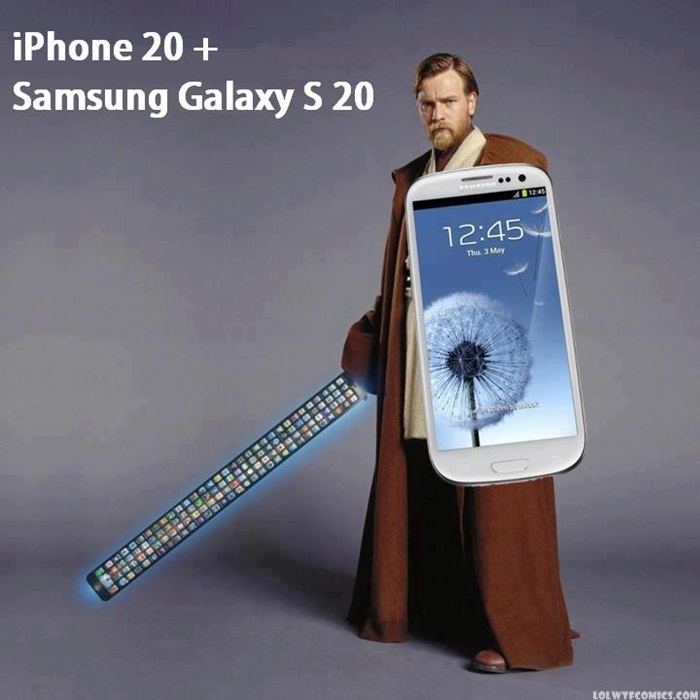 On another note, what do the manufacturers do when they hit the limit? We already know about the release of watches with phones like the Samsung Galaxy Gear with the Note 3. Do they go about maximizing the displays on the watches too? Then there’s the concept of curved displays like in the Samsung Galaxy Round, which is still yet to catch on but might be something for the near future. A more interesting concept is the phones with flexible displays. Yeah that’s right. Soon enough we’ll be able to fold our phones like a piece of paper. So as you can see, the manufacturers still have quite a lot to offer as far as phone displays are concerned.

What About Smaller Phones?

But what about those old school people like me who still like a smaller phone. I personally still love phones which are not too big and whose edges I can easily reach with my thumb. Why would I want to hover through that stretch of empty pixels just to reach that button in the corner? Well there’s not much for us to look forward to because the latest phones come with better specs and rather bigger screens (All above the 4.7” mark). If you do want a smaller phone you will have to settle for something old, inexpensive and with outdated hardware. So it would be nice if manufactures would keep people like me in mind the next time they release their phones or tables or doors or whatever you want to call their next oversized gizmo.