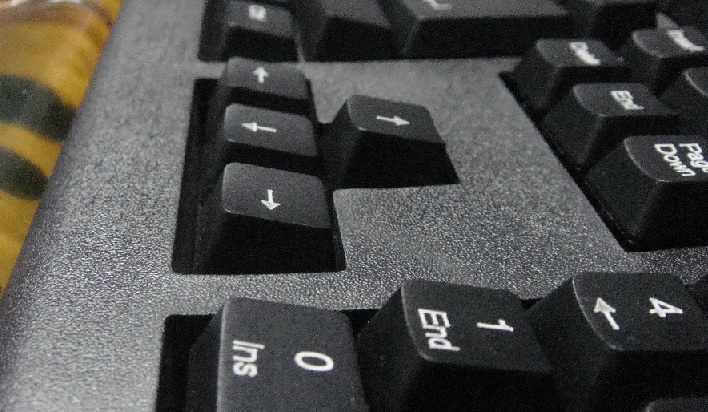 Mechanical keyboards have been mostly an enthusiast product, up until now. These days however, it’s a growing trend among gamers, writers, bloggers, programmers and people who tend to heavily use their keyboards. Mechanical keyboards in general have been known to reduce fatigue, and while most consumers don’t really pay attention to what sort of keyboard they buy, there are many who absolutely swear by them.  The only major gripe among customers though, is the price- all the benefits provided by these keyboards come at a premium, and a steep one at that. Dedicated gaming keyboards can retail anywhere upwards of 5,500 rupees, and most people just aren’t willing to shell out that much money for a peripheral device.

After some research though, it’s quite evident that one Indian product stands out from the rest, in terms of the sheer price differential. It’s sort of a legend, with its share of loyalists who absolutely swear by it. Any shop you go to, any questions regarding mechanical keyboards have only one, unanimous answer- the TVS GOLD.

The TVS GOLD is not a new entrant into the market- it has been around for years, if not decades.  There are many instances of people owning and using them for years, and it is the preferred keyboard for many professionals, and has been for over a decade.  To keep up with the times however, TVS has started manufacturing models that are compatible with modern systems. The keyboard currently comes in two variants- the PS/2 port version and the USB 2.0 version. 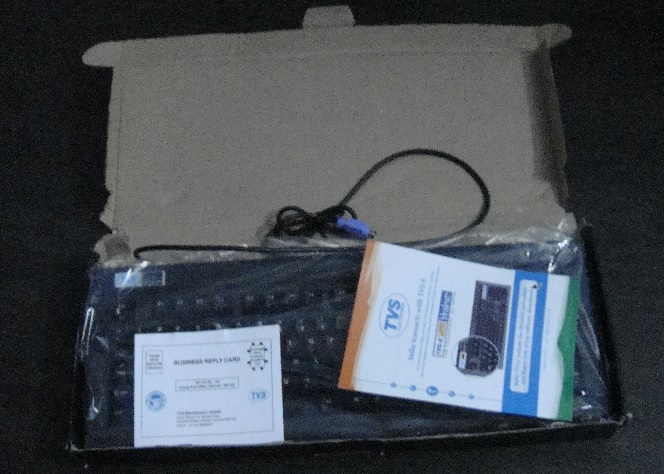 The packaging that the keyboard comes in is minimal, the box just contains the keyboard in some plastic packaging, and there’s a warranty certificate and welcome/quick start guide pamphlet.  There is no included wrist rest.

The first and most noticeable aspect of the TVS GOLD is its size. It’s substantially larger than the usual keyboards, and it is much heavier, weighing in at around 1.1 KGs. The added heft with the decently large rubber feet at the bottom means that this keyboard will not slide around the table. The design is simple and understated, and the lack of multimedia keys is immediately noticeable.

The design of the keyboard is understated, and the fact that it’s aimed at professionals is evident. In fact, it’s as if the keyboard was designed to look perfect on an office table. It doesn’t have the colored accents or the futuristic design found on most high end keyboards these days. It’s also missing LED backlighting for the keys.

One thing you’ll notice about the keys is that all the rows of keys taper towards the central row, thus making the typing quite easy. The arrow keys however, are tapered to such an extent that they are almost flush with the surface of the keyboard, which might affect gaming. The lack of laser etching means you’ll feel the keys whenever you place your fingers on them. The printing itself looks a bit shoddy in places, which reduces the overall aesthetic appeal.  The keyboard is slightly inclined by default, and the plastic feet are well built and sturdy.

The length of the cable connector is 1.5 meters or around 5 feet. The cable quality is good, but the length is on the smaller side and you’ll need to invest in an extension cable if your computer setup is a bit farther than your keyboard.

The layout of the keyboard is standard. Due to the added length of the keyboard, the keys are farther apart than on a standard keyboard, which might take some getting used to. The backspace key is smaller than usual though, and you might find yourself pressing the wrong key or missing the key entirely at first.

Mechanical keyboards are known for their tactility, and the TVS GOLD provides ample tactile feedback on each keystroke. This keyboard uses the Cherry MX Blue type mechanical switches, which means that the keys when pressed, give a nice tactile feedback as a sort of confirmation when pressed, and one does not have to press the key down entirely to register a keystroke, as is the case with standard keyboards. This improves typing speed and reduces fatigue greatly. Along with the tactile feedback, the keys also give a satisfactory “click” sound when pressed. This feedback is one of the reasons that make the TVS GOLD popular, but whether you’ll like the click sound or not is purely subjective. 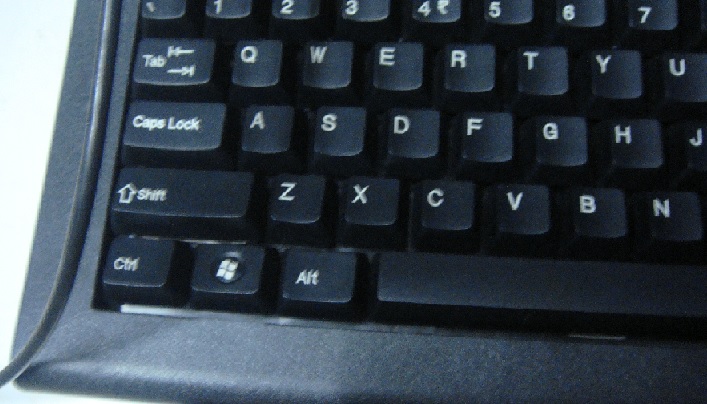 This is one aspect where the TVS GOLD shines. After getting used to the slight differences in keyboard size, typing on the keyboard is a breeze. You will immediately notice a significant increase in your typing speed, and you’ll feel much lesser fatigue, as the amount of pressure required for each keystroke is much lesser. Once you get used to tapping the keys just until you hear feel the tactile feedback, you’ll realize that typing is much faster and easier on the hands. Initially, the spacebar offers a bit of resistance, but it loosens up after a bit of use.

Although it’s a breeze to type on, the gaming performance is slightly underwhelming. Some gamers prefer that the keys on the keyboard offer little or no resistance, and the ability to just partially press a key and be able to “glide” their fingers over keys is a requirement for some. The choice of Cherry MX Blue switches in this keyboard means that this is not possible. If you’re a gamer that prefers to deliberately press each key instead of gliding your fingers over them, you won’t have much of a problem. For the ones looking for keyboards that offer no sound feedback and the ability to use very less pressure to register a keystroke, this keyboard may not be the best choice. Gamers thus prefer keyboards with Cherry MX Red switches as they offer that ability to them.  The larger size of the keyboard may prove to be an issue as well, for extended gaming periods as you’ll have to keep your hands further apart.

Another thing to note about the TVS GOLD is that it is not N-Key rollover compliant. That means there’s a limit to the number of keys that can be pressed simultaneously. The PS/2 version of this keyboard has an 8-key rollover, while the USB 2.0 version has a key rollover of 6. There won’t be any issues while playing First Person Shooters, for example, but it may pose a problem for games like FIFA or PES. Overall, the gaming performance is only marginally better than any standard keyboard which doesn’t have anti-ghosting capabilities. 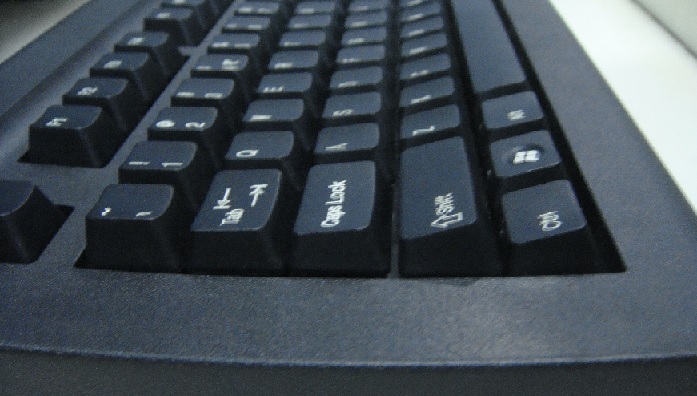