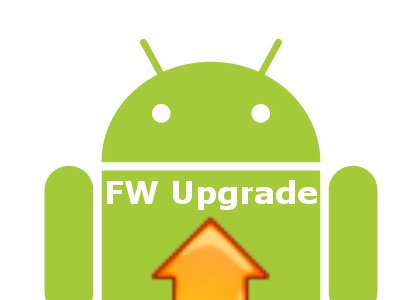 First lets start by answering the simple question, “what is a firmware?”

Well, many websites call it as a combination of both software and hardware. And some other technical stuff which we may or may not understand right away. Additionally, this definition is incomplete and senseless, since software and hardware are rarely mutually exclusive, there is almost always a degree of co dependency, whether you see it or not.

So, what sets a firmware apart?

Its one of the softwares that is loaded onto the ROM. ROM is Read Only Memory, which as the name suggests, can only be read by the device/ user. It can not modified or changed in any manner, you can’t add anything to it either. Firmwares need a non-volatile memory store, like ROMs, EPROMs or a flash memory.

So what do these firmwares do?

They provide the control programs for a device, for instance, for the functioning of a traffic signal. What this means for your phone is that it is an integral part of your phone. When you crib about the internal memory that is preoccupied and not accessible, this is one of the things that take up significant amount of storage. Changing your the firmware of your phone means that, you may actually increase the amount of internal memory accessible to you, depending upon the firmware you install. Alternative firmwares mostly emphasise on this aspect and also more importantly your overall user experience of the phone. Think of the Software as the base music, or a guitarist strumming the chords to a song, and the firmware as a second guitarist, improvising to make the song sound better

[quote_center] THINK OF THE SOFTWARE AS THE BASE MUSIC, OR A GUITARIST STRUMMING THE CHORDS TO A SONG, AND THE FIRMWARE AS A SECOND GUITARIST, IMPROVISING TO MAKE THE SONG SOUND BETTER. [/quote_center]

If you change your phone’s firmware, ie the ‘control program’ you obviously would expect something more than just some extra storage space. The functioning of the phone would change along with the firmware, and each firmware has something different to offer.

Here are some of the most popular alternative firmwares that cater to majority of the Android users:

One of the most popular alternative Android firmwares, CyanogenMod is available for a huge number of Android devices and enhances your overall user experience. The interface has many more options than any other pre installed android firmware’s interface. They’re even getting a device for themselves.

AOKP, which stands for Android Open Kang Project is also among the popular firmwares, which too has quite a wide array of devices it caters to. It is one of the lightweight firmware options, for those who need the extra storage space. It has many features, like you can create custom toggles, you can also create custom vibrate patterns like custom ringtones, to identify who the caller is while your phone is still in your pocket.

MIUI undoubtedly has one of the best collection of ROMs that I have come across. The level of customization and number of features and options to users is absolutely mind boggling. It has everything one could want, apart from the usual that a firmware offers, it has an anti spam, a virus scan, and a backup feature built into it. You can also track your phone with this firmware!

Another alternative Android firmware is ParanoidAndroid. They cater to Nexus users exclusively as now, but I think they should expand soon if they want to sustain themselves. Check it out here.

Of all the firmwares I’ve come across, these 4 are right up there in terms of reliability and utility. Although I must say that CyanogenMod is quite bold in its information section, which would make one completely skeptical of adopting a new firmware – given all the potential put-offs. I do appreciate their honesty though and the threats of installing a new firmware are very much real. No firmware is responsible to any damage caused to your phone or it’s functioning.

So while installing a new firmware may be risky, it has more than a decent success rate. And of course, the benefits would want you to take that risk. If you were to ask me to pick one of these four, the competition is real close. But I think MIUI might have the edge, at least in terms of features and user experience as an overall.

Which one is your favorite?