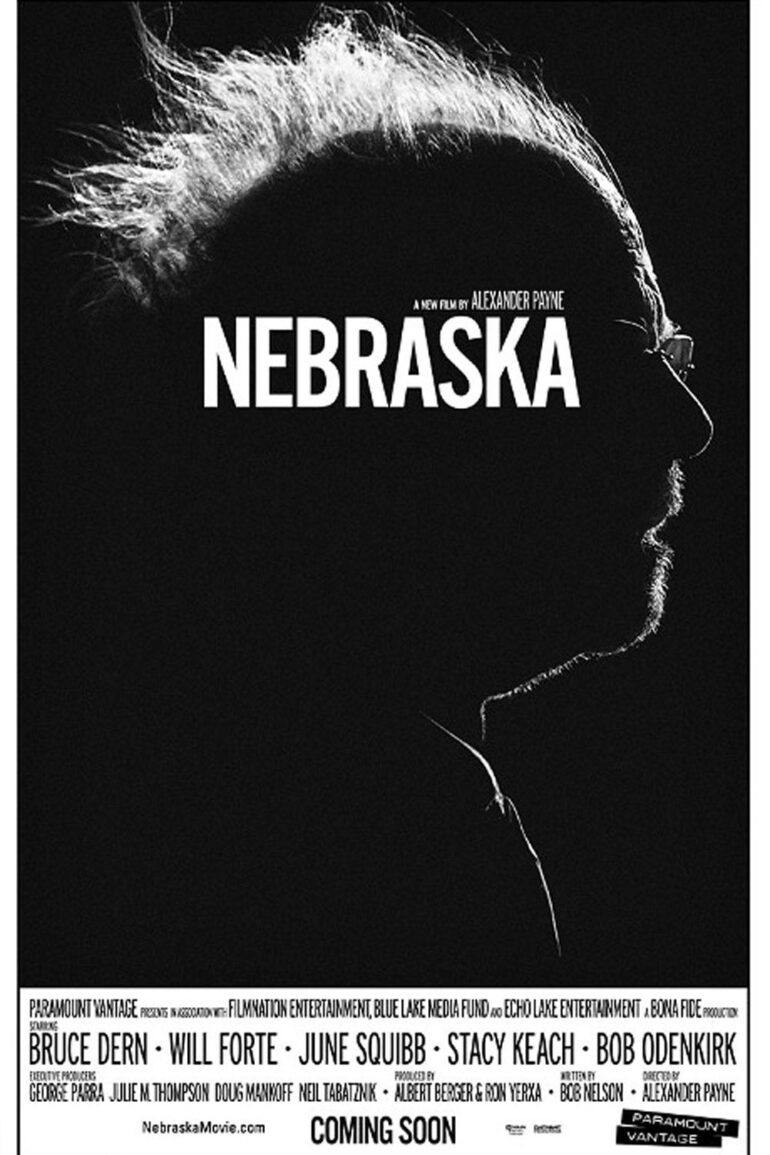 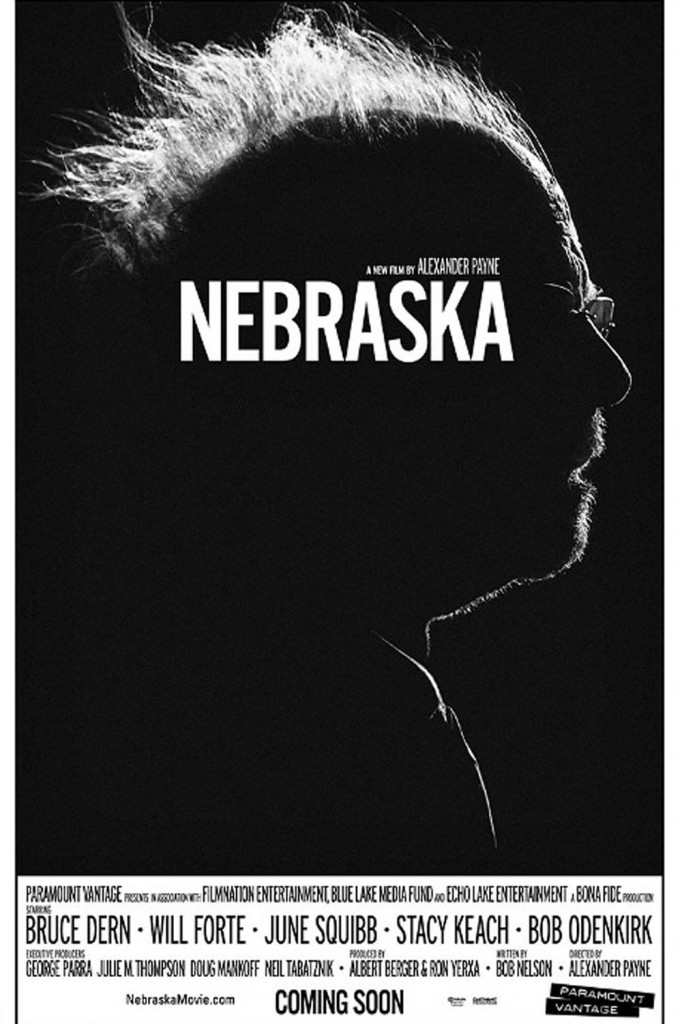 Alexander Payne tends to deliver movies running high on emotional content. It’s what he does best. In The Descendants, the director quite impressively showcased the incredible complexities within families.

Now in Nebraska, he’s bettered himself. Focusing on an aspect of American life that’s never been glamourized or even portrayed in popular media, Payne’s achieved a poetic and unsettling narrative.

Bruce Dern pulls off a brilliant performance as Woody Grant, an alcoholic old man seeming to near the end of his life. His mid-thirties son, David is played by Will Forte, who pitches in with a pleasing performance as well. June Squibb is another show stealer, playing Grant’s wife, Kate. 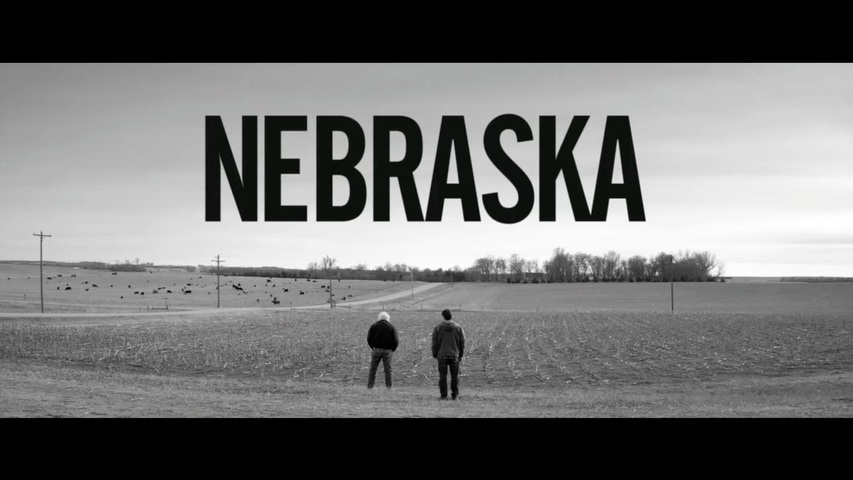 Shot in widescreen black and white, Nebraska opens to a shot of Woody lost on a freeway. He is on his way to Lincoln, Nebraska, 750 miles away, or ‘two states’ apart. Spending his retirement with his wife in Montana, Woody is pretty much a miserable old soul, stripped off a purpose at the fag end of his life. Woody has fallen for a spam mail he’s received promising him a million dollars. Not trusting the postal service with such a huge amount of money, he’s convinced the only way to get his hands on the cash is to get to an office in Nebraska in person. 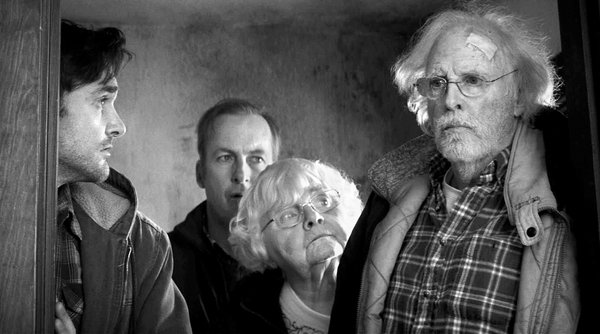 After repeated failed attempts by his son David to talk him out of these plans, David has a change of heart. Realizing that this could work as good time for some father-son bonding, the duo set off on a road trip to Lincoln. What follows are family reunions in Woody’s hometown Hawthorne, revelations to David on Woody’s youth, and an impressive portrayal of human emotion through varied, authentic characters.

There’s hardly a point in Nebraska where you’re not appreciating the simplicity and authenticity of the screenplay. Payne’s choice of the monochrome tone is a prudent one – it has you focus on the emotional tone of the story, and yet letting viewers appreciate the simplicity of the distinctly simple American towns. What’s lost is the unnecessary fluff that Hollywood has been constantly throwing at viewers lately. 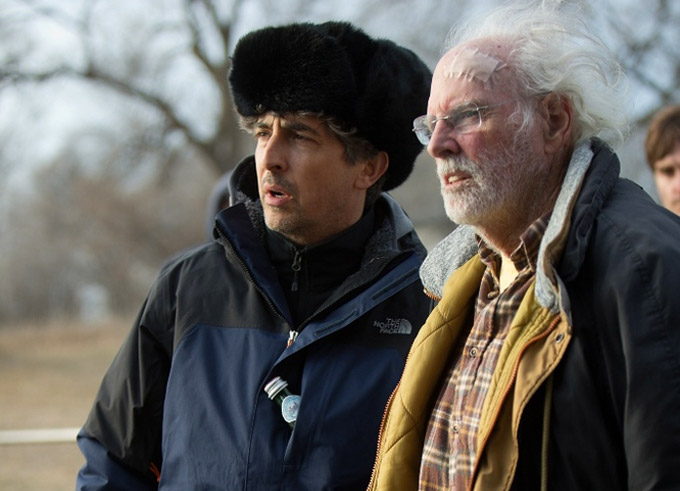 With a delightful mixture of comedy, touching emotional moments, and human negativity, Nebraska is always a success. Dern is, in a word – flawless as the old Woody, struggling to fight his age and assert his presence to the world. Woody’s impulsive behaviour mirrors that of an innocent child – excitedly sharing his stories with everyone around, while finding it difficult to face unpleasant memories of his past. “Whatcha wanna do that for?” is his retort, on hearing his sons’ decision to visit the home where he grew up in.

[quote_center]WITH A SIMPLE AND AUTHENTIC SCREENPLAY, NEBRASKA TUGS AT YOUR HEART STRINGS[/quote_center]

Multiple moments tug at your heart’s strings. You can’t help but identify with some of them, wondering if similar scenarios would play out later in your life. The roller coaster of emotions is painfully smooth, remaining within its extreme boundaries, chugging along at a relieving pace.

The Future of Casinos

Nebraska is a flawless narrative. A wonderful depiction of personal journeys that culminates in a near-perfect ending. This, is among Payne’s finest works.

Nebraska is out on DVD and Blu-Ray by Sony DADC. The DVD includes the following extras: