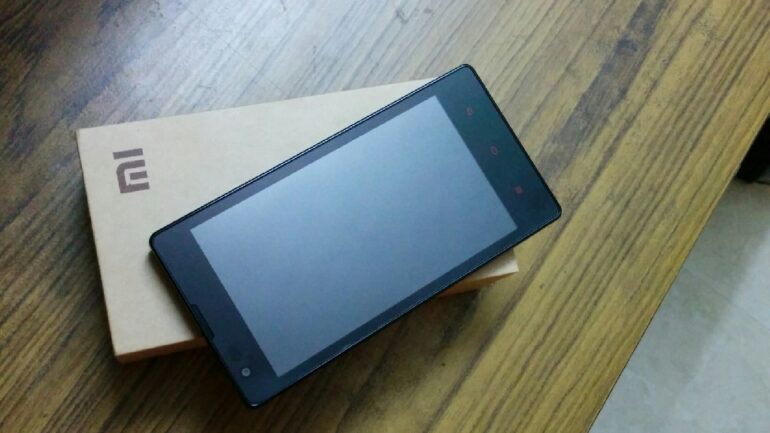 A couple of months back, I wrote about Chinese smartphones in India and what impact they might have on the market here. To get a clearer understanding of the kind of products Chinese companies – specifically Xiaomi – has to offer in India, I tinkered around with the Redmi 1S for a week. And I must say, I am mighty impressed!

First things first, what came in the box. With the Redmi 1S came two freebies – a pair of MicroSIM adaptor trays and a screen guard. Both were accessories which I would have undoubtedly purchased otherwise, so the additional accessories were pretty useful.

Within the box, we get the phone itself, a standard wall charging adaptor, a USB to Micro USB cable and the 2050 mAH battery, besides the warranty card and a SIM installation guide. 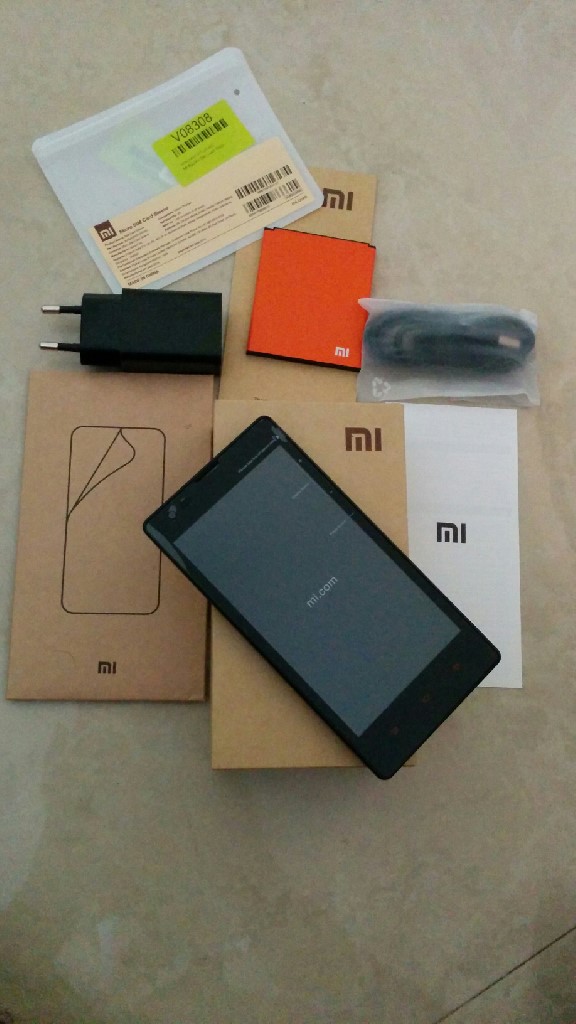 The back is made of plastic with a matte finish, which although isn’t on the same page as the rubberized / metal / glass finish of higher end smartphones, manages to bring about a good impact on the aesthetics of the device. 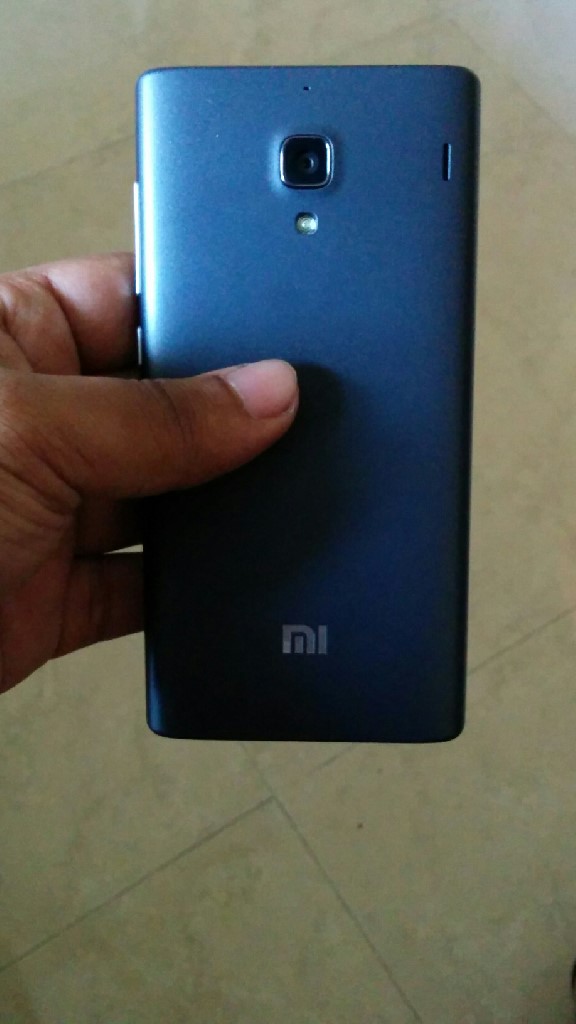 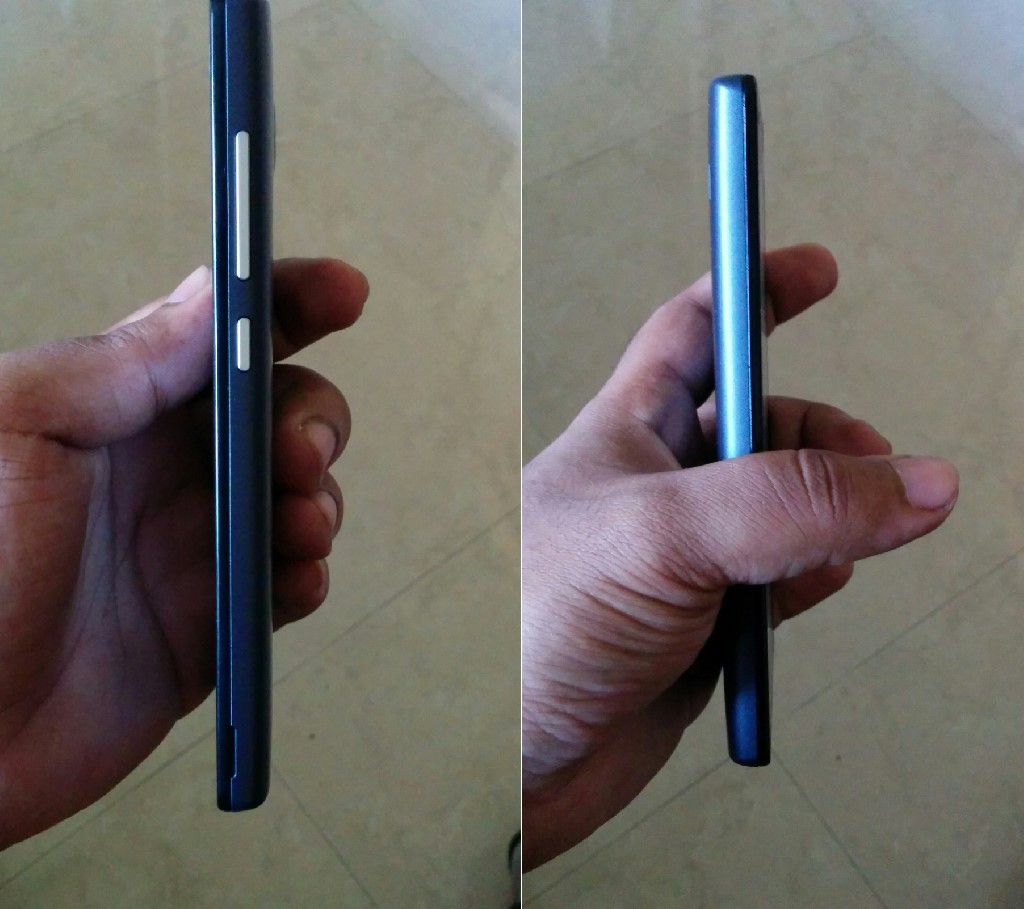 The three touch capacitive buttons in the front are true to the name of the phone, and although they are bright red and stand out from buttons on other devices, unfortunately they are not backlit.

We get screen real estate of 4.7 inches, and the IPS LCD display has a resolution of 720×1280, giving it a commendable pixel density of 312ppi. It comes with AGC Dragontrail glass – akin to Corning’s Gorilla Glass – which gives it scratch resistance. 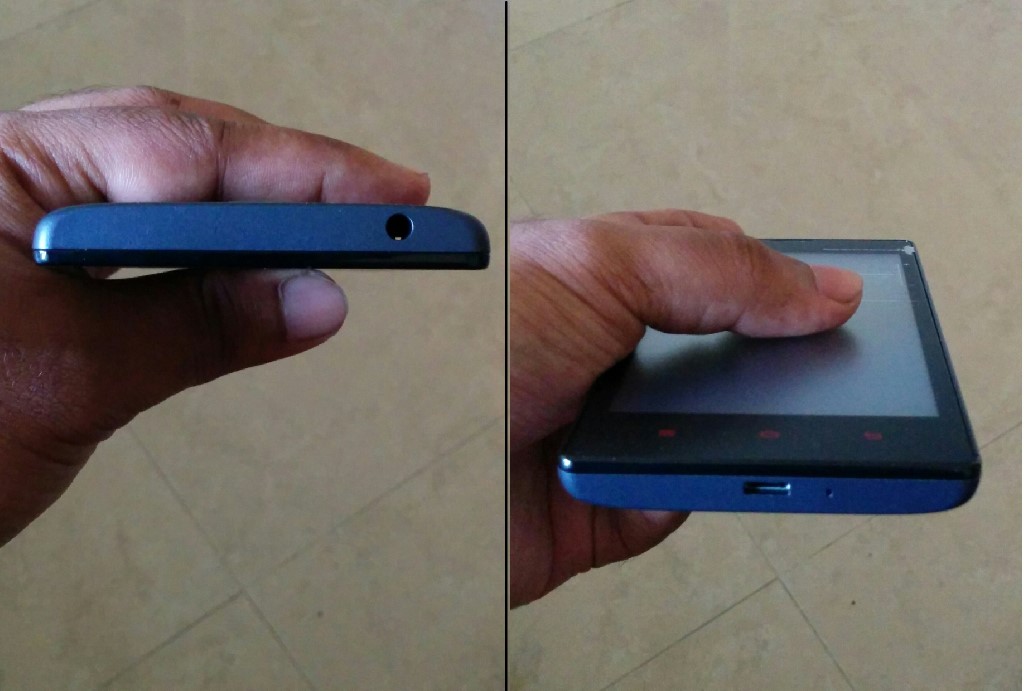 With a weight of 158g, it isn’t one of the lightest phones out there, but the 9.9mm thickness makes it comfortable to hold in the hand, and the weight actually gives a sense of assurance to the user. Overall, the design and build is at par with most mid range devices out there, and I’ll give the design a 9 on 10.

The aggressively priced Redmi 1S comes in with features which make it compete with mid range devices – which is quite a feat! Powering the device is a Quad Core Snapdragon 400 SoC (specifically, the MSM 8228) clocked in at 1.6GHz with an Adreno 305 GPU. Memory capabilities are standard, with 1 GB of RAM, 8 GB of internal storage which can be expanded by Micro SD cards upto 32 GB. 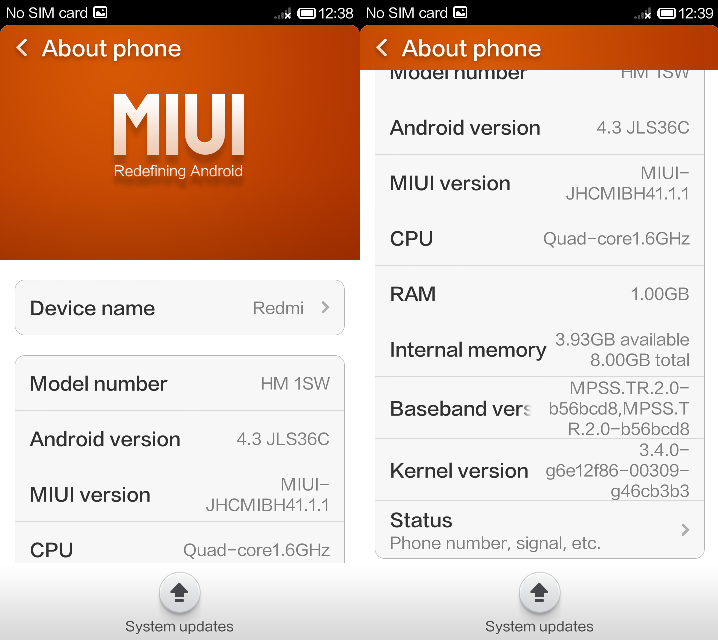 The Redmi 1S is a dual SIM device, and the Micro SD card and the two SIM cards can be accessed by removing the battery. On the connectivity front, the phone has WiFi, Bluetooth 4.0 and USB OTG.

Saving the most important feature for the last, the phone runs MIUI V5 over Android 4.3 Jellybean. Although Xiaomi has not given a KitKat update for this device, this device might (hopefully) get the update to Android L, as mentioned here.

There’s no denying the fact – the Redmi 1S packs a punch when it comes to performance. The four CPU cores makes operating the device a breeze. Opening applications and surfing the Internet on the browser is a buttery smooth experience.

Light games like Temple Run 2 and Subway Surfer show no trouble in running. When it comes to resource intensive games like Asphalt 8, Riptide GP2, Real Racing 3 and Dead Trigger 2, I did experience some frame drops and jitters, but those were pretty acceptable and did not hinder my gameplay experience.

Also Read: The Best Android Apps for Your Smartphone 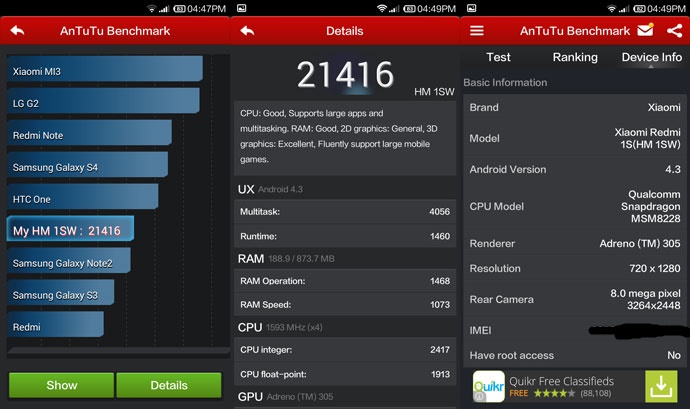 Yes, the Redmi 1S has excellent multimedia and performance features. However, there’s a big downside.

The phone heats up. A LOT.

This is a known issue with quite a few Android devices out there, but in the Redmi 1S it was very obvious. While it was gameplay for over 10 minutes, or recording a 720p video, the device heated up to a huge extent. With this overheating comes a sudden drain in the battery life.

That being said, this issue CAN BE SOLVED. This is mainly a software issue, wherein the MIUI ROM does not manage resources properly – specifically the RAM department. It can be fixed with a simple process, which I’ll elaborate upon later. Also, Xiaomi will be fixing this issue very soon, as mentioned here.

I’ll be docking points because of the heating and the RAM management issues. Performance gets a 6 on 10 from me.

The camera on the Redmi 1S is decent, if not excellent. Images were sharp, and the default camera has lots of nifty features – HDR Mode, Panorama, Burst Mode, the works.

Touch to focus stands out in particular, with macro images coming out surprisingly well. 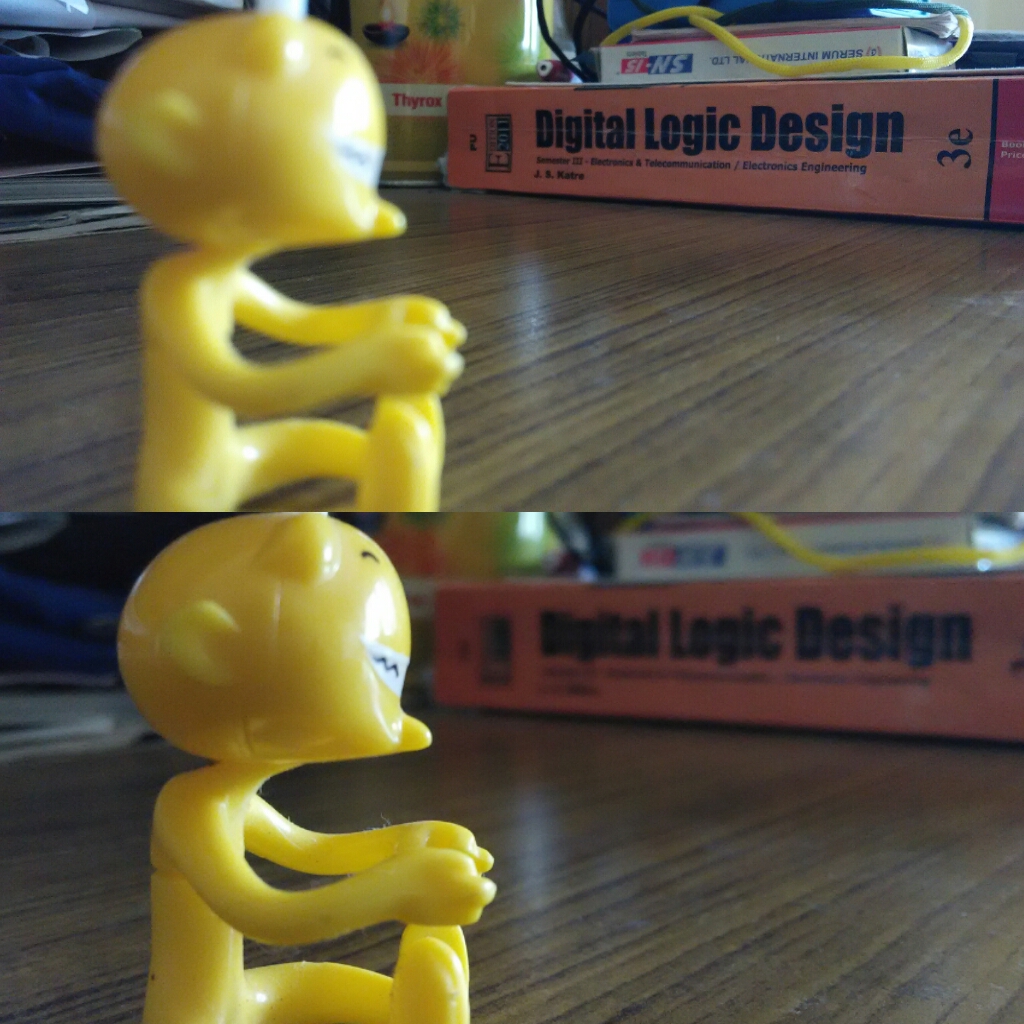 Colour reproduction isn’t all that good though, but it gets the job done.

Overall, I was happy with the snappers on the Redmi 1S, and I’ll give the camera performance a 8 on 10.

The Redmi 1S comes with Mi sound backed by Dirac sound technologies, and the sound quality is pretty decent considering the price bracket at which it is offered at. Front facing speakers (as seen on the similarly priced Moto E) would have been a welcome addition, but nonetheless the audio output is decent. 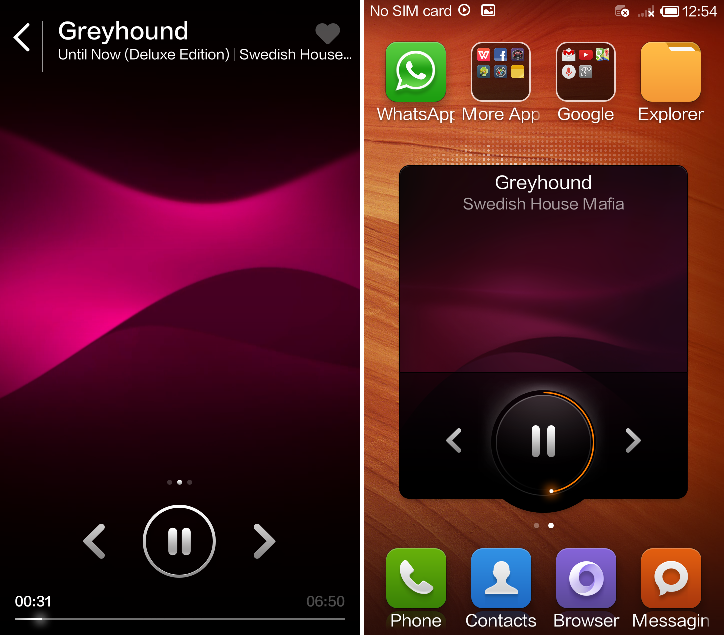 Video playback is great, and 1080p videos are played back flawlessly. I’ll give the multimedia performance 9 on 10.

Great call quality, and like most dual SIM phones out there, you can predefine which SIM card you’d like to use for data or for voice calls. The messaging application is great as well, and out of the box you get an option of using either the standard Google Keyboard or SwiftKey. 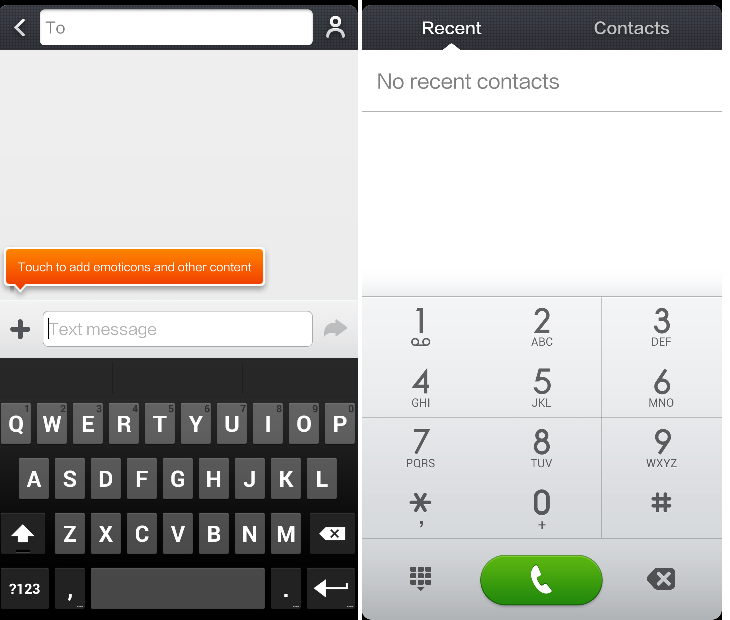 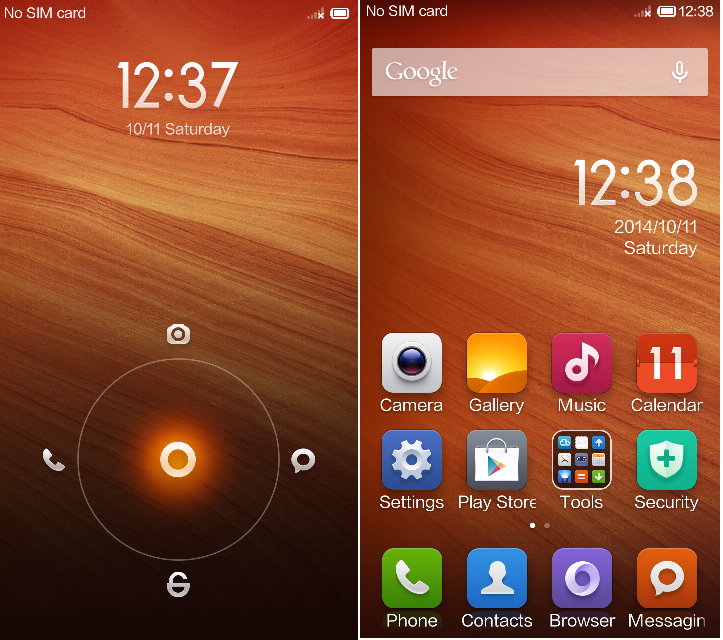 The phone runs MIUI V5 over Android 4.3 Jellybean, and MIUI has lots of tricks up its sleeve. Customisation features are aplenty, and the overall interface is a welcome relief from all the other devices with their stock / semi stock vanilla Android interfaces in the same price range.

Notably, the Redmi 1S also features a Lite Mode, which leaves the user with the bare minimum applications required to run the phone – perfect for the elderly users or those who want a minimalistic interface to their devices.

MIUI does not have any app drawer, and in my opinion this makes the approach much more simplistic. Also, the MIUI apps are less of bloatware and more of useful applications – specifically the Security app, which has an Antivirus, a Task Killer and a Memory Manager all bundled in one. Neat! 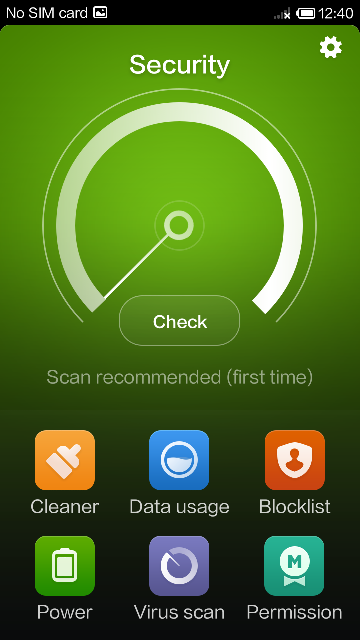 Quite like other Android phones which will depend on their OEMs to provide them with software updates, the Redmi 1S will depend on updates from Mi. However, the frequency of updates is pretty high in the case of MIUI, which enables issues being addressed even more readily.

The Redmi 1S stands out from other phones in the Under Rs. 10,000/- segment. With features that would be present in a decent mid range device, it brings in great specifications to a price bracket which is limited to budget offerings from various OEMs.

Similar phones in the same price bracket include the Android One series, Motorola Moto E, Micromax Unite 2 and the Asus Zenfone 4. Amongst these, the only phone capable of standing up to the Redmi is the Zenfone 4, which packs in similar specs in most regards.

A better comparison amongst the devices can be found here

Our only gripes with the Redmi 1S were with the overheating and the battery drainage. And these points will be addressed in a soon-to-come update from Xiaomi.

Overall, this phone is a bang for the buck. It raises the bar for budget phones in India and brings in great specifications at a very affordable price point of Rs. 5999/-.
We give the phone an overall score of 8.5 on 10.