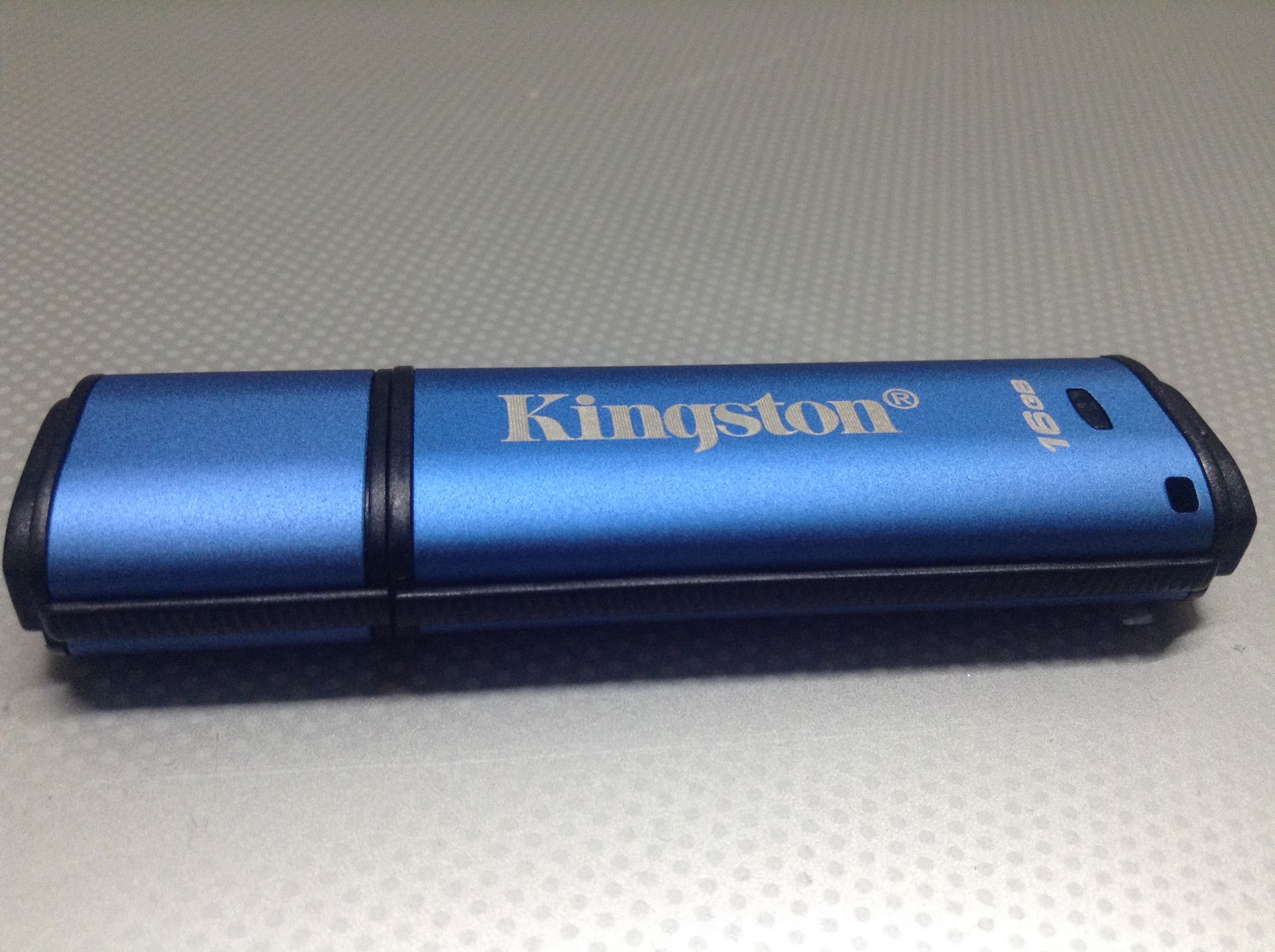 It’s been a very disturbing year for the IT security industry. We’ve witnessed some unsettling things on a fairly large range of magnitude. There’s been seriously crippling bugs like Heartbleed and Shellshock, and there’s been disturbing revelations from people like Edward Snowden who demonstrated that our data may never be truly secure. In such an environment, its a helpful and reassuring feeling getting your data some premium protection. The Kingston DataTraveler Vault Privacy 3.0 is designed to meet just that need.

Kingston calls the DataTraveler Vault Privacy 3.0 a “highly-secure, corporate-grade flash drive”. The DataTraveler is amongst Kingston’s premium secure flash drive range. It’s designed to protect your data with some tough encryption, anti-virus protection, and a host of other features that work together to create an increasingly secure storage device. After spending a week with the device, I’m convinced it is.

The DataTraveler’s USP is its 256-bit AES encryption in XTS mode. But what does this jargon mean? Essentially – Advanced Encryption Service (AES) works in different modes – like ECB, CBC and XTS. In Electronic Code Block, or ECB mode – the encryption is performed by modifying bits of data into a different format, called ciphertext. Different sets of bits are thus encrypted individually. It may sound great on paper, but the ECB mode isn’t so secure. It’s actually easy to identify the key needed to decrypt the data.

In Cipher Block Chaining, or CBC mode aims to address this problem – it encrypts successive blocks of data with the preceding block. Thus every successive block is actually encrypted with the cipher text on the previous block. This adds to the degree of randomness a hacker would observe when trying to decrypt your data, thus making it more secure.

XTS mode however, does it a little differently. XTS uses two different encryption keys to encrypt the same block of data. The encryption is done after the other, almost like a layer. Think of how its tougher to see through an opaque glass than thru a translucent glass. With more randomness, it’s much harder to pick up patterns. Kingston’s DataTraveler clearly has the best in class encryption method employed here, using the same security arrangements that are used in storing Top Secret Government Classified Information. 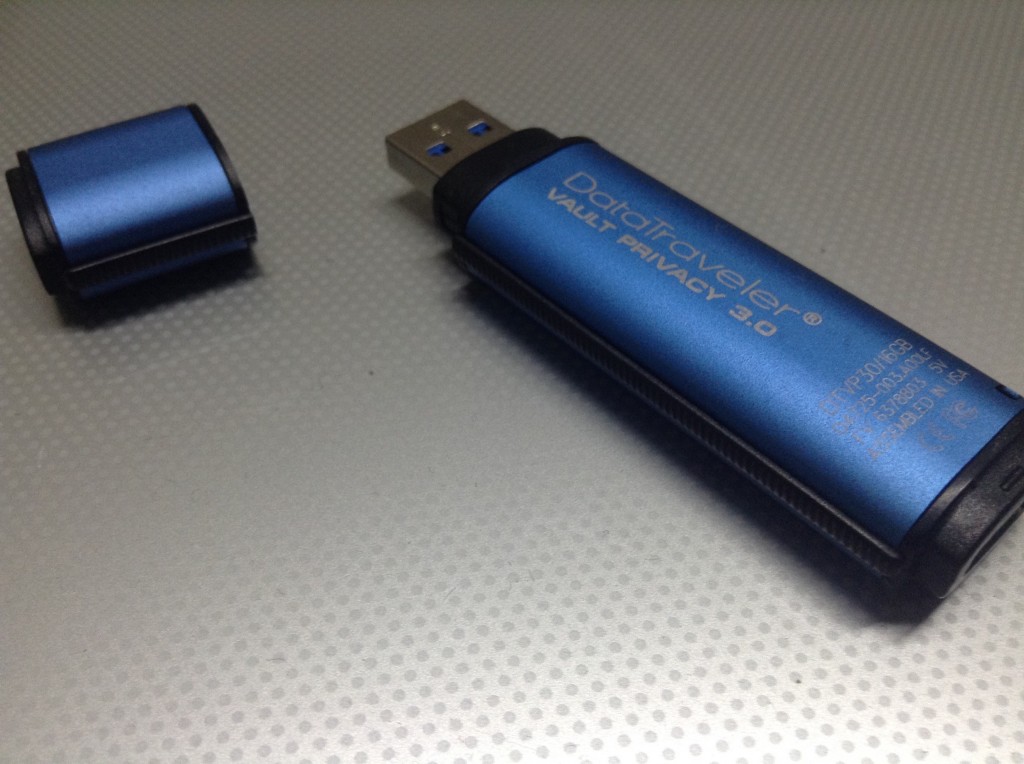 On the software side – there’s a host of additional features to add on to the safety. There’s a “Read-Only Mode” to prevent modification of any file on the drive. It’s an understated featured that definitely deserves more attention. Dormant viruses and malware on other machines are the primary reasons we get corrupted flash drives, and the Read Only Mode is the perfect answer to prevent all of that.

With what seems like a very standard feature on secure flash drives – there’s also the ability to add password protection to your drive. But Kingston implements this beautifully. In dramatic fashion, Kingston has enabled a lockdown on 10 failed password attempts – causing it to format all data on the drive if you get it wrong over ten times. Kingston does advertise the options to customise the drive as well. You can set your password length, and even choose the maximum number of attempts you’d like before a lockdown.

One of my favorite features is the built-in anti-virus protection, which I previously used a decade ago on a GeekSquad flash drive. The built-in protection is considerably comforting, giving me some confidence when plugging it into random computers. It automatically detects and eliminates threat in a no-frills way. This in fact, makes the implementation rather beautiful. Being a geek, you probably think such features would require extensive tinkering and not be ready-to-go for novices. But that’s not the case. 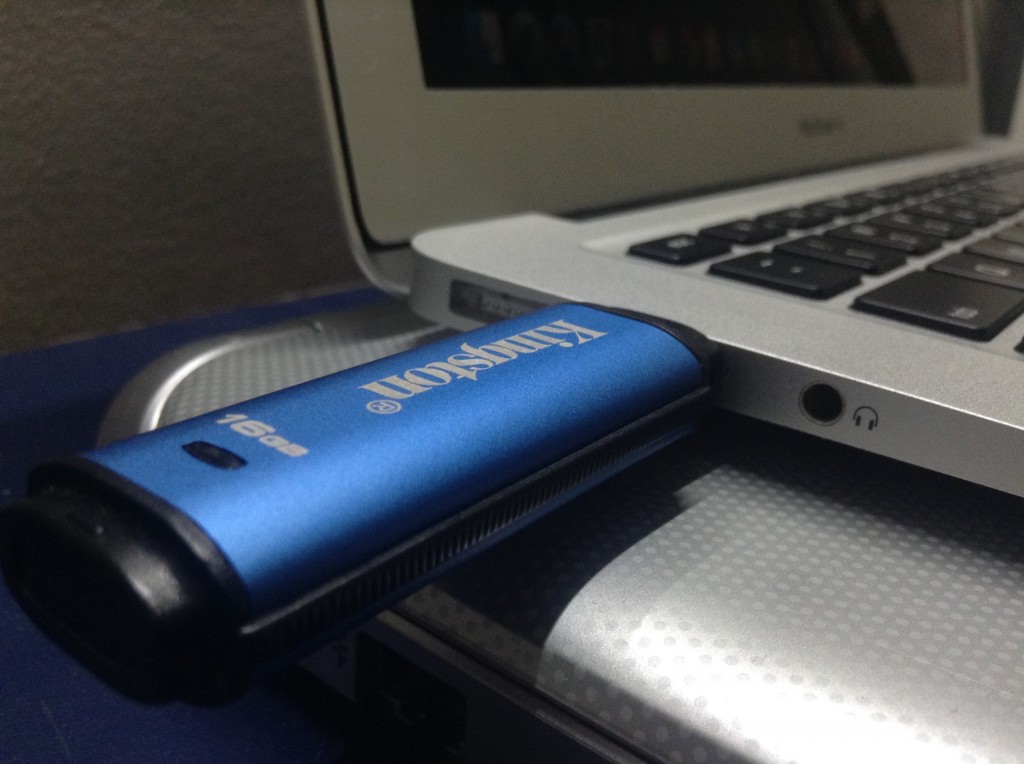 The first time you plug the device in, you’ll see a small drive show up on your computer. This isn’t the pen drive exactly – it’s the setup. The DataTraveler works both on Windows and Mac, so depending on your system you’ll be subjected to different types of AutoPlay. After moving past the initially password prompt, the drive will appear in your computer, ready to use.

The device is USB 3.0 compliant – giving it some serious speed compared to the obsolete USB 2.0 devices that we still see all over the market. In our tests, we saw values of 35 Mbps Write Speed and 10 Mbps read speeds – considerably faster than many other flash drives we’ve tested.

The DataTravler Vault Privacy 3.0 is slightly on the bulkier side. It measures 0.5 x 0.9 x 3.1 inches, and you’ll have trouble plugging in adjacent flash drives when this one is plugged in. It’s far from heavy though, measuring just 14.1 grams.

In addition to the power-packed security implementations on the digital side, Kingston has also designed the device to be rugged enough to withstand physical damage. The DataTraveler Vault Privacy is housed in a solid aluminium case that can withstand dirt and moisture. The casing is waterproof up to 4 meters.

The build and feel deliver a premium feel, and there is never a moment when you’re holding it you do not realise that you are holding a high-quality, premium product.

The DataTraveler Vault Privacy arrives with a 5 year warranty with free technical support – a usually undervalued service that goes a long way in maintaining the device’s lifespan with you.

The 16 GB DataTraveler Vault Privacy 3.0’s 16 GB variant will set you back by $100, or Rs. 6000. Most standard flash drives sell for less than one-tenth this price for the same capacity. But the DataTraveler isn’t competing with those drives. Designed for a corporate environment and offering highly-secure features, the drive justifies its price tag with the wide range of security implementations and protection it provides. If your’re looking for a secure flash drive, the DataTraveler Vault Privacy 3.0 should be on top of your list.