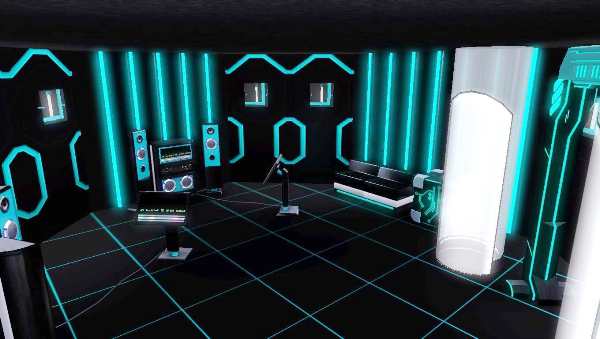 One of the greatest Theoretical Physicists, Albert Einstein, once said, “Imagination is more important than intellect.” Keeping that in mind, here’s our little list of innovations in technology we would love to see in the near future.

To make it simpler, the article will be divided into subdivisions according to each of the major technological elements of the current date. So let’s get to the future now. 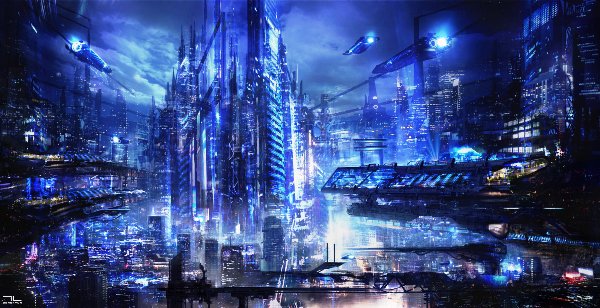 In the last few years, there has been a lot of talk and trial about a transparent display. We could get a lot of concepts for innovations in smartphones, but this idea is something which is quite practical and that can be implemented in a few years. 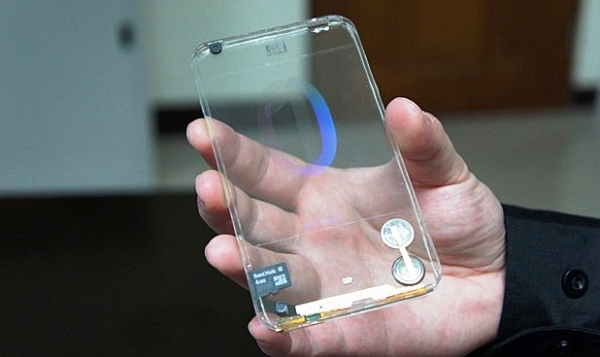 The basic principle behind this concept is that the whole phone is a pane of glass and the processor, memory, battery and all the other micro-equipments are placed along the edges of the block. This will make the phone smaller and lighter too. 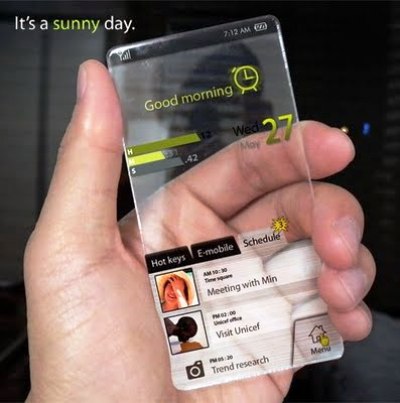 With the unveiling of Gorilla Glass, this technological innovation is getting even closer. It’s just a matter of time until we hold transparent pieces of glass to our ears and talk to our loved ones or discuss important business contracts.

Imagine you are Tony Stark. You have everything you want and more. But the most prized possession of our super-hero is his computer. It’s not just any computer; the interface of this beast is completely holographic, meaning that you literally work with the air to make this system work (Forget the artificial Intelligence features for a few minutes)

Holographic interfaces have been the dream of many technological enthusiasts and companies. It not only saves a lot of space, but also gives the user more flexibility with the UI. So let’s just wait till we all get a ‘Stark computer’ in the next few years.

Ever since the invention of the automobile, designers have always dreamed about making cars fly. There have been hundreds of prototypes and concept flying cars, but none of them has made it as far as commercial mass production due to many factors, one of these being safety. 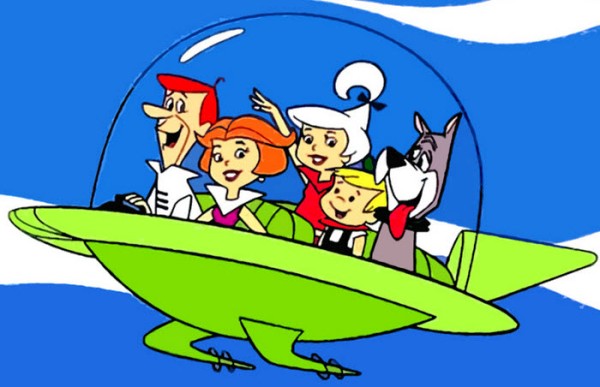 Most of us might remember ‘The Jetsons’, an animated series which featured the daily life of a family in the future, as viewed by the creators from the late 1970s. Some of the highlights of this cartoon were the flying cars concept and how the traffic and other safety measures were taken in the alternate universe. 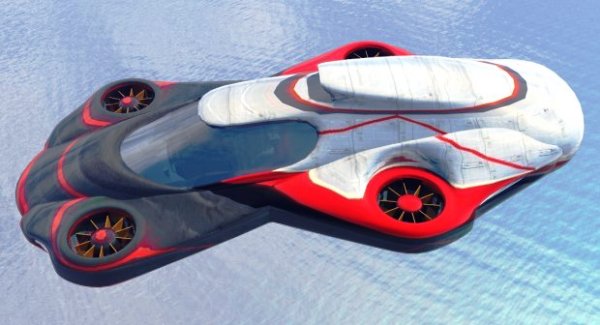 So for now let’s all buckle up and wait for the first advert to the flying cars.

Ever wondered what kind of experience it might be to actually feel what you play?

Ever wondered how it would feel to actually be the characters in a game?

Ever wanted to have a real life experience of what you like to play?

The answer to all this and much more is the next member on our list: The exoskeleton, or in non-geek terms; the full body gaming controller. It is in the prototype stage currently and has been out for display for quite some time. It uses a variety of sensors and other equipments which are strapped onto the gamers’ body and every movement of the gamers results in the similar motion of the character in the game. Not only will it make gaming a better experience, but it will also help gamers maintain physical health and allow them to boost their bodily co-ordination, much like training for the military, without the punishments and all. 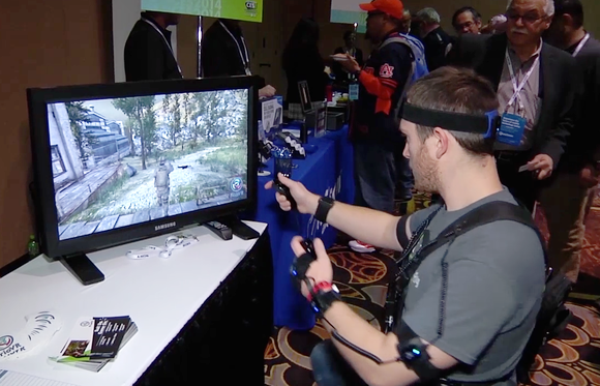 Currently, it is being used in the Film industry to simulate motion of animated CGI characters, but once it is mass produced for gaming purpose, all hard-core gamers would surely want to get their hands on one. 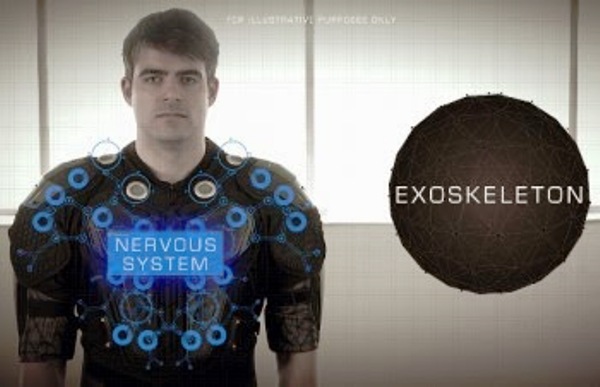 Can’t find a good place to situate you TV or Home theatre system with a suitable power outlet?

Don’t want to untangle those hundreds of wires and cables every few weeks for cleanup? 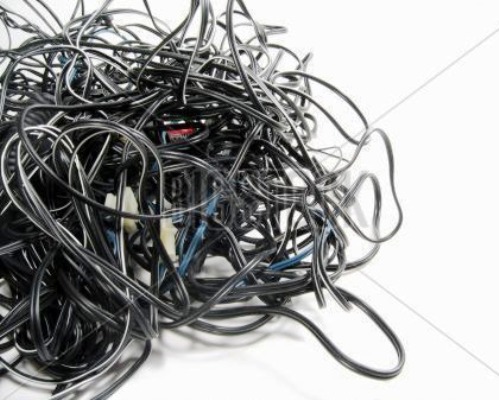 The OTA (Over The Air) power supply unit is what you need. This is a concept for the future of power supplication in which the power is transmitted through radiation throughout a predefined limited range and the electronic devices catch up this power, charge themselves and function normally, without the use of hectic wires or troublesome power outlets.

Just imagine, in a few years, the century long relationship between humans and wires will come to an end and we could lead a much convenient life.

You had a long day at work. You enter your home. Suddenly, as soon as you open the door and step inside your doorway, all the lights turn on, the air conditioner knows your presences and refreshes the air in your zone, wherever you go. Your favourite soundtrack is soothingly played in the background along with a soft recording of waterfalls.

You know what; all this could happen in the near future using our recent innovation in communication technology called NFC. 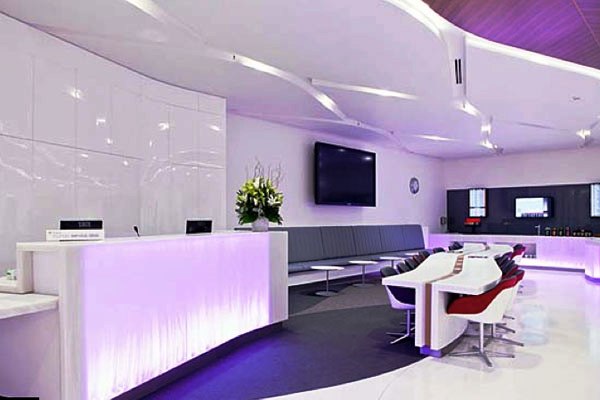 The principle behind this concept is that an NFC chip could be strapped onto you via a cell phone, a belt, or a watch etcetera. The other half of the chip, the reception point, could be placed somewhere near the porch of your house. When you enter the place, the near field communication takes place and all the other equipments which are coupled to this system are triggered simultaneously.

As research is already going on in this field, this innovation could be very close already. Let’s just wait and see what the future holds for us.

Iron, steel, concrete and glass are awesome, but they are breakable. For a fool proof security system, we should learn from one of the leading gaming franchise of this century, Halo. In this series, the humans as well as the aliens, use a variety of security equipment, one of which is the radiation security barrier. 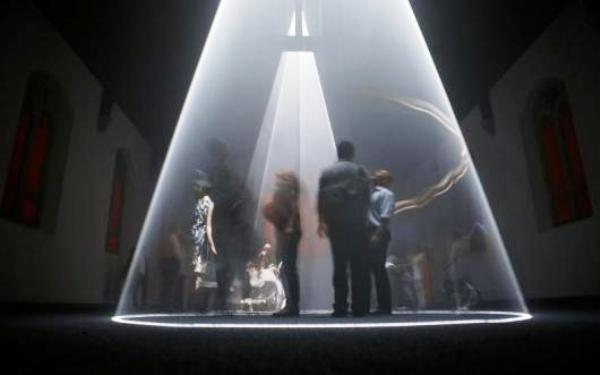 The principle is that high intensity radiation in a controlled manner could be made solid and virtually indestructible. This could be used to make light bridges, security grates and barriers etcetera. 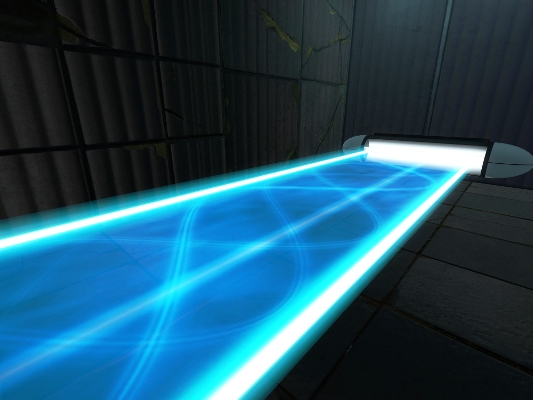 This might take some time to be implemented, but research is going on, and progress rate is quite high. So let’s just wait until we get a chance to walk on light.

Back to the past…

Hope you liked our list. It held just some of the major breakthroughs we would like to see in the next few decades. We can all see how much of our imagination will be turned into reality in time. 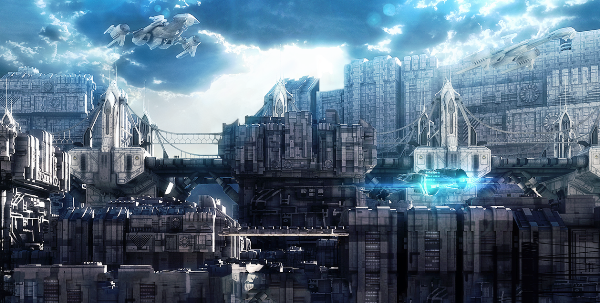